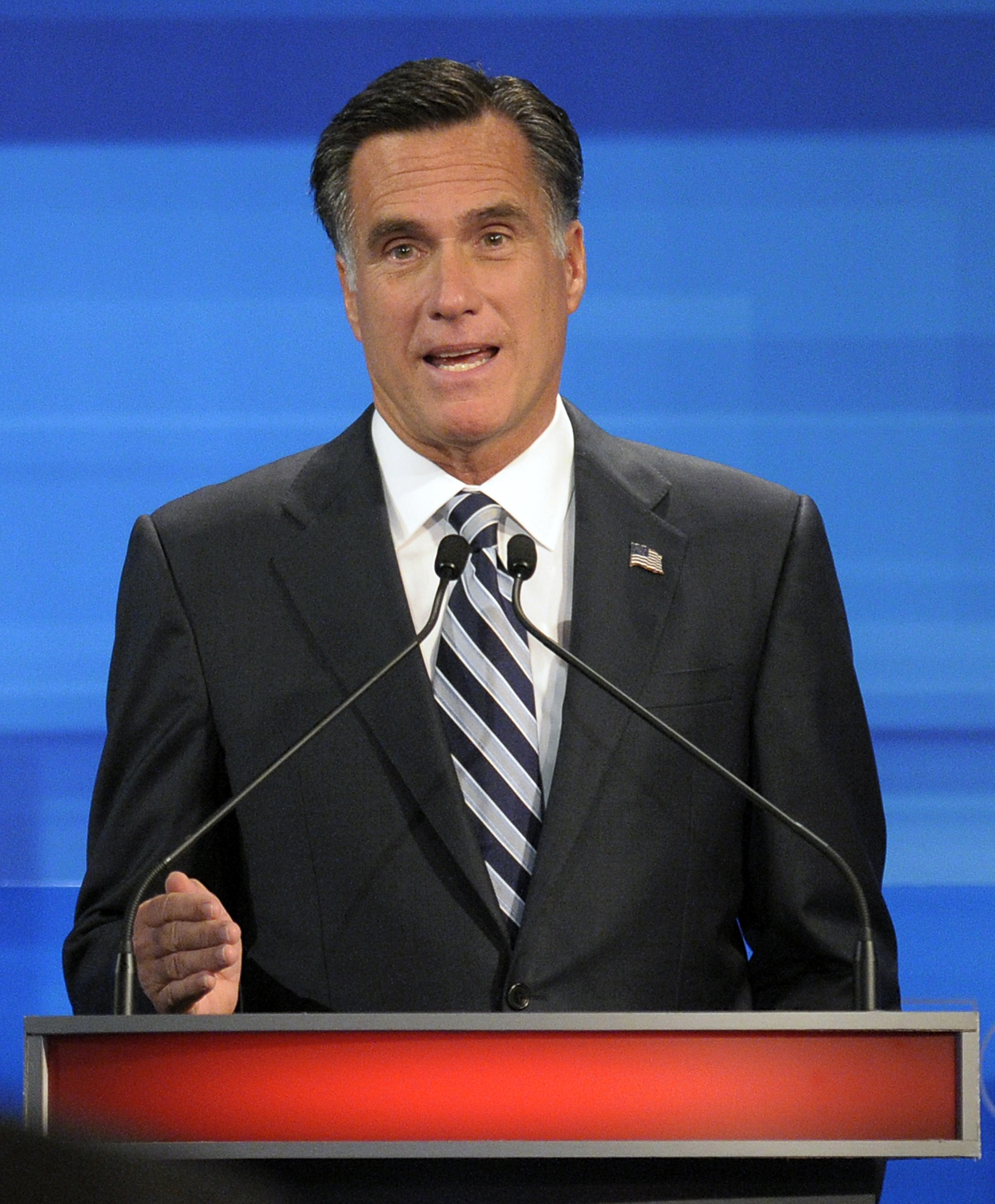 Republican presidential candidate Mitt Romney wants everyone in the United States to be rich, but he declined to say what he considers "rich."

"I don't try and define who is rich and who is not rich," Romney said when asked what level of income he considers rich at Thursday's Republican debate in Orlando, Fla.

"I want everybody in America to be rich," the former governor of Massachusetts told debate moderator Bret Baier of Fox News, "I want people in this country to have opportunity. I want everybody to have the kind of opportunities that we on this stage have had."

Asked what the tax rate should be for average Americans, Michele Bachmann said Americans should not have to pay income taxes.

"That's your money. That's not the government's money," Bachmann said in response to what Fox News anchor Megyn Kelly said was the most popular question in last week's Republican debate: "out of every dollar I earn, how much do you think that I deserve to keep?"

"I think you earned every dollar, you should get to keep every dollar that you earn," Bachmann said.

The former tax attorney then hedged and said the government would need to collect some revenues but she did not specify a desired rate.