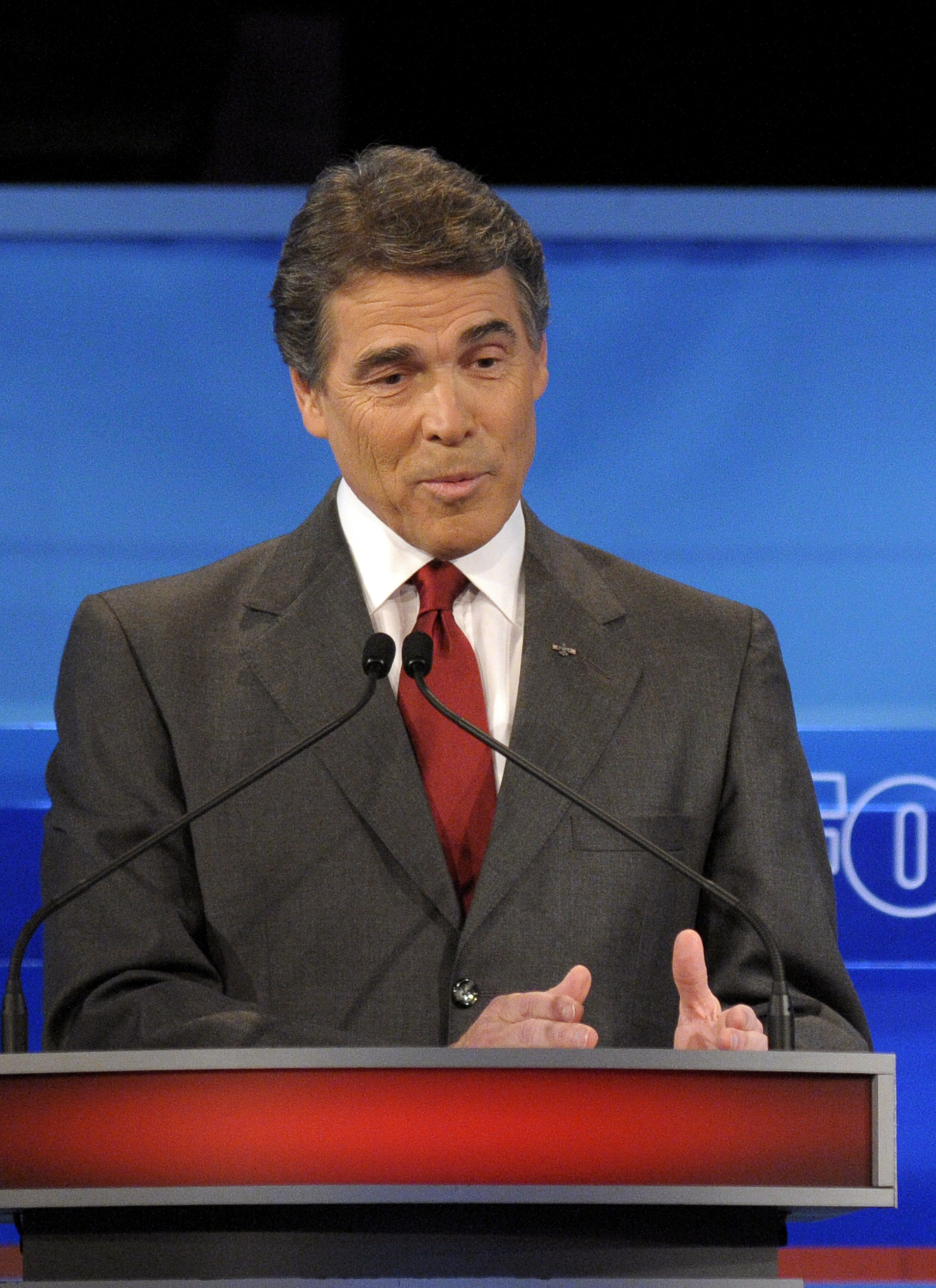 Texas Gov. Rick Perry said his fellow White House hopefuls are heartless for criticizing his support of providing government funds to help lower tuition rates for university students in his state who did not enter the United States legally.

In 2001, Perry signed the Texas DREAM Act, which allows Texas students to take advantage of in-state tuition prices even if they lack legal status in the United States.

"If you say that we should not educate children who have come into our state for no other reason than they have been brought there by no fault of their own, I don't think you have a heart," Perry said at the Republican presidential debate hosted by Fox News and Google.

"We need to be educating these children because they will become a drag on our society," Perry said, noting that the law passed with near unanimous support in Texas. At the debate, Perry was lambasted by nearly all of the other candidates for his stance on the issue.

"That kind of magnet draws people into this country to get that education to get the hundred thousand dollar break. It make no sense," Romney said, referring to a hypothetical student who took advantage of the roughly $22,000 price differential for all four years required to earn a bachelor's degree.

Rick Santorum was even harsher on Perry, calling the Texas governor "soft on illegal immigration," in part because he does not want to build a fence along the southern border of the United States.

Santorum also claimed Perry had advocated for "bi-national" health insurance between Texas and Mexico in a speech a decade ago.

"I don't even think Barack Obama would be for bi-national health insurance," Santorum said.

Perry fired back at Santorum, telling him that he has no clue about border issues.

"I've got one question for you. Have you ever even been to the border with Mexico? I'm surprised if you have but you weren't paying attention because the idea that you are going to build a wall, a fence for 1200 miles and then go 800 miles more to Tijuana does not make sense," Perry said.

Perry then pledged to stop illegal immigration, stop the drug cartel and make America secure when he is president.

Rep. Ron Paul blasted Perry's plan, saying the government should take the opposite approach to the Texas law.

"What you need to do is attack their benefits. No free education, no free subsidies, no citizenship, no earned right citizenship," said Paul, a Texas Republican.