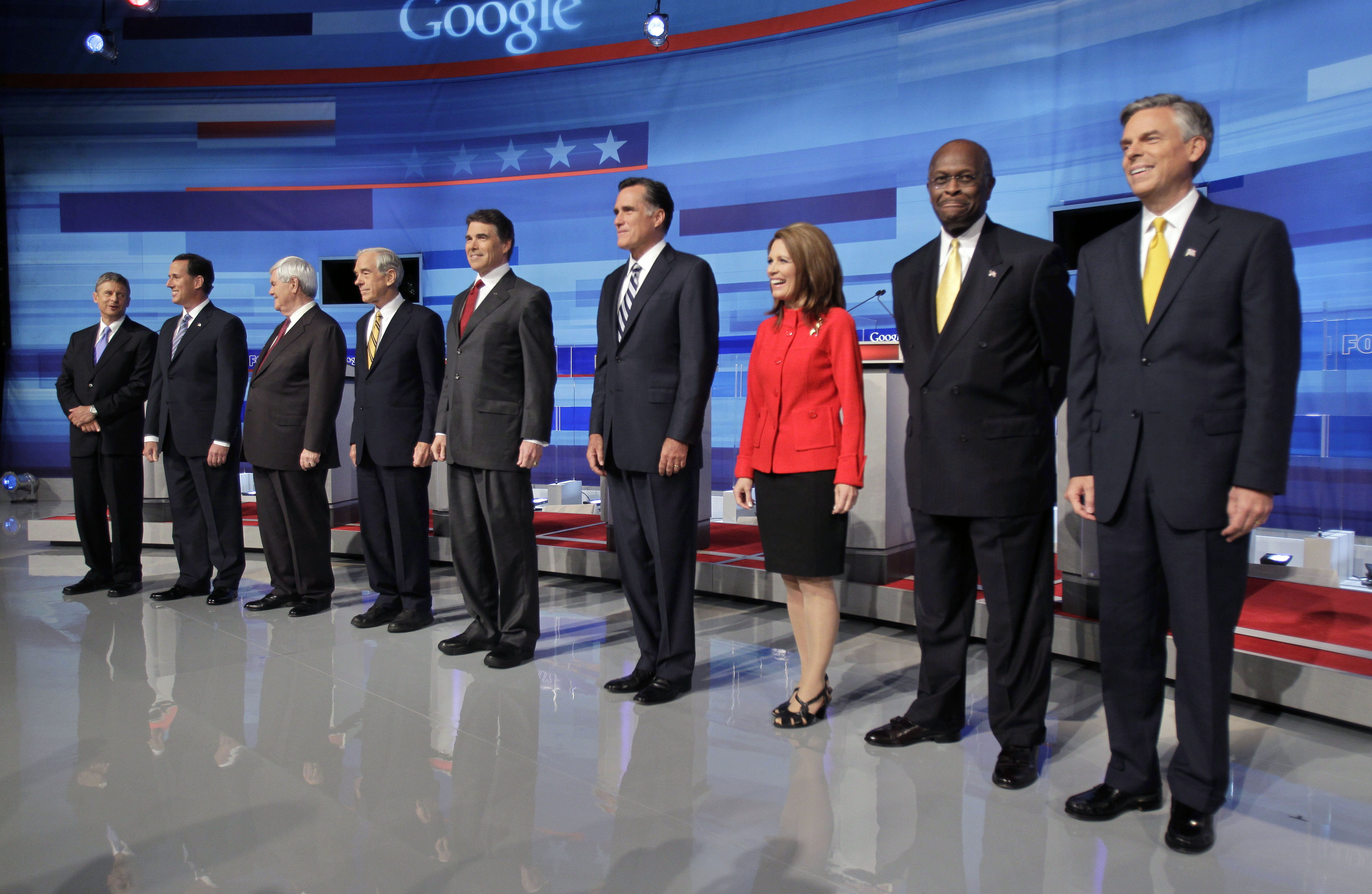 The sixth Republican presidential debate this year, which took place Thursday night in Orlando, Florida, left some candidates more prepared than others and gave some candidates some key standout moments. Here's our breakdown of the winners and losers:

Mitt Romney: The former governor of Massachusetts was the clear winner of the Orlando debate hosted by Fox News and Google. He's run a presidential campaign before and it shows. His answers were polished and on message. When he didn't have an answer, he quickly went on to the main talking point of his campaign -- attacking President Obama. And he held his ground in a back and forth with front-runner Rick Perry over what each said in their respective books, telling the Texas governor "words have meaning."

Rick Santorum: While still relegated to the lower tier in the race, the former Pennsylvania senator shone through with forceful answers highlighting his positions which are popular with the conservative base. He notably went on the attack against Perry on immigration and against Huntsman's call to pull U.S. troops out of Afghanistan.

Herman Cain: The former CEO of Godfather's Pizza continues to poll in the single digits, but he always seems to win over a crowd. The audience at the Fox News/ Google debate responded positively to his "999" economic plan, which calls for a 9 percent corporate tax, 9 percent flat income tax, and a new 9 percent national sales tax.

Cain also proved to be charismatic when playing along with the last, light-hearted question about which of his opponents he'd choose for vice president. Cain said he may choose Romney -- as long as Romney adopts the 999 plan.

Newt Gingrich: The debate audience responded well to the former House speaker's remarks in the debate, and he received plenty of praise from his opponents. Multiple candidates were quick to name Gingrich when asked which of their opponents they'd choose for VP -- they cited Gingrich's policy expertise and leadership (although they could have been thinking Gingrich's low standing in the polls made him a safe answer).

Fido, the New Mexican pooch: Former New Mexico Gov. Gary Johnson finally got a ticket to the dance. And he came prepared. When he delivered an obviously planned remark about his neighbor's dog having more shovel-ready jobs than Mr. Obama, the audience roared. The other candidates offered praise for the four-legged friend. Even debate host Bret Baier remarked, 'your dog is famous now!"

Rick Perry: The Texas governor was caught flat footed from the very beginning when asked about the specific policies he would implement to revive the economy. Perry didn't seem to have a response and resorted to speaking in generalities.

The governor was more prepared for the anticipated repeat-attack on the controversial HPV vaccine mandate he implemented in Texas, but his solid answer may not satisfy conservatives uncomfortable with that 2007 policy. Furthermore, Perry's opposition to a border fence and support for giving illegal immigrants in-state tuition put him on the defense again, and his answers may not have seemed conservative enough to primary voters.

Michele Bachmann: The darling of the Tea Party was virtually non-existent in Thursday's debate. And when she did get her time in the limelight, she notably gave a non-sensical answer and a whopper. Asked what the ideal tax rate should be, she said Americans should not have to pay any taxes. But then she added that the government had to collect something, without saying how much. Asked about her claim that HPV causes retardation among young women, Bachmann incredulously claimed she never made the charge. "I didn't make that claim nor did I make that statement," she said when moderator Chris Wallace asked if she stood by a quotation he read verbatim to her.

Ron Paul: The staunch libertarian has been trying expand his reach beyond his small, but devoted, fan base and catapult himself into the top tier of candidates, and even announced a new $1 million ad buy today. But Paul didn't seem to get much airtime in this debate and didn't break through to the crowd. He will need to produce some more memorable moments to prove he's a serious contender.

Jon Huntsman: The former Utah governor has failed to gain traction in the race and he once again fell into the background. He capped off the night with an awkward answer to the question of who he would choose as vice president, suggesting the frontrunners, Rick Perry and Mitt Romney, will eventually fade into obscurity like Rudy Giuliani and Fred Thompson in the 2008 race.

YouTube Questions: Google co-sponsored the debate with Fox News and many of the questions came from YouTube videos, which adds a nice interactive touch to the proceedings. However, it seemed that many of the submissions shown were softballs that needed to be massaged by the moderators to solicit unique answers from the candidates. Some of the questions did produce some memorable moments - especially the closing question about which fellow candidate on the stage the contenders would pick as a running mate.

On the plus side for Google, reports from the press room showed that Google went all out for the reporters covering the debate in Orlando - with dramatic Google-colored lighting, a YouTube screening theater, smoothies, candy, leather couches, beanbag chairs, ice cream sundaes and more.