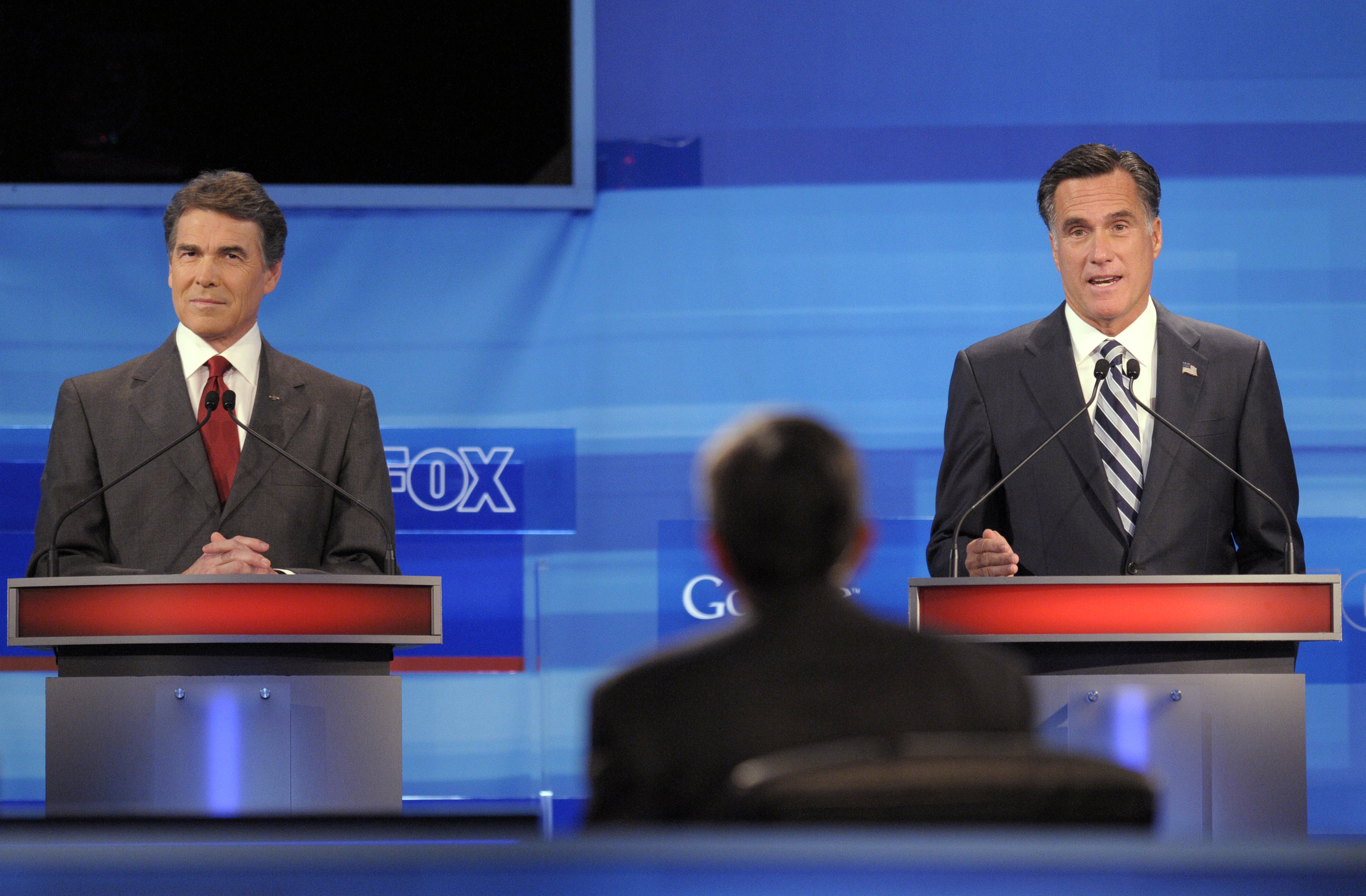 The two Republican presidential candidates reignited their battle over Social Security at a Florida debate Thursday, both citing what the other candidate put in print. Both Perry and Romney, however, said their positions were being mischaracterized.

For days, Romney has been attacking Perry for calling Social Security a "Ponzi scheme" in his book "Fed Up," and suggesting the program should be moved to the states.

Asked about Romney's charges today, Perry said, "It's not the first time Mitt's been wrong."

The bottom line, Perry said, was that he never suggested moving the popular government retirement plan to the states.

"For those people that are on Social Security today ... they don't have anything in the world to worry about," Perry said. The nation has made "a solemn oath to the people of this country" that Social Security will be there for them, Perry said. He said he has merely suggested giving citizens the option of entering state retiree programs.

Romney retorted that Perry's remarks were "different than what the governor put in his book."

"There's a Rick Perry out there saying... that the federal government shouldn't be in the pension business, that it's unconstitutional," Romney said. "You better find that Rick Perry and get him to stop saying that."

The former Massachusetts governor continued to say that Social Security is a federal responsibility that should be more fiscally sound.

Perry took the opportunity to bring up Romney's book, "No Apology," noting that Romney altered the portion on health care in the paperback version.

As the Boston Phoenix reported earlier in the year, the original version of Romney's book laid out the nuances between the Massachusetts health care law and the nationwide plan implemented by President Obama. In the second version released last year, Romney blamed the Massachusetts state legislature and the new Democratic governor, Deval Patrick, for botching the state plan's implementation. He also pushed back harder against Mr. Obama's health care plan, calling for its repeal.

At Thursday's debate, Perry charged that Romney initially wrote that the Massachusetts health care plan should be expanded to the rest of the country.

Romney said, "I said no such thing," and said the Massachusetts plan he implemented was strictly a state plan.

Taking a swipe at Perry's book, Romney added, "I actually wrote my book."

Later in the debate, Perry continued to charge that Romney has been inconsistent on a range of issues.

"My positions are laid out in that book. I stand by them," he said. "Governor Perry, you wrote a book six months ago. You're already retreating from the positions that were in that book."