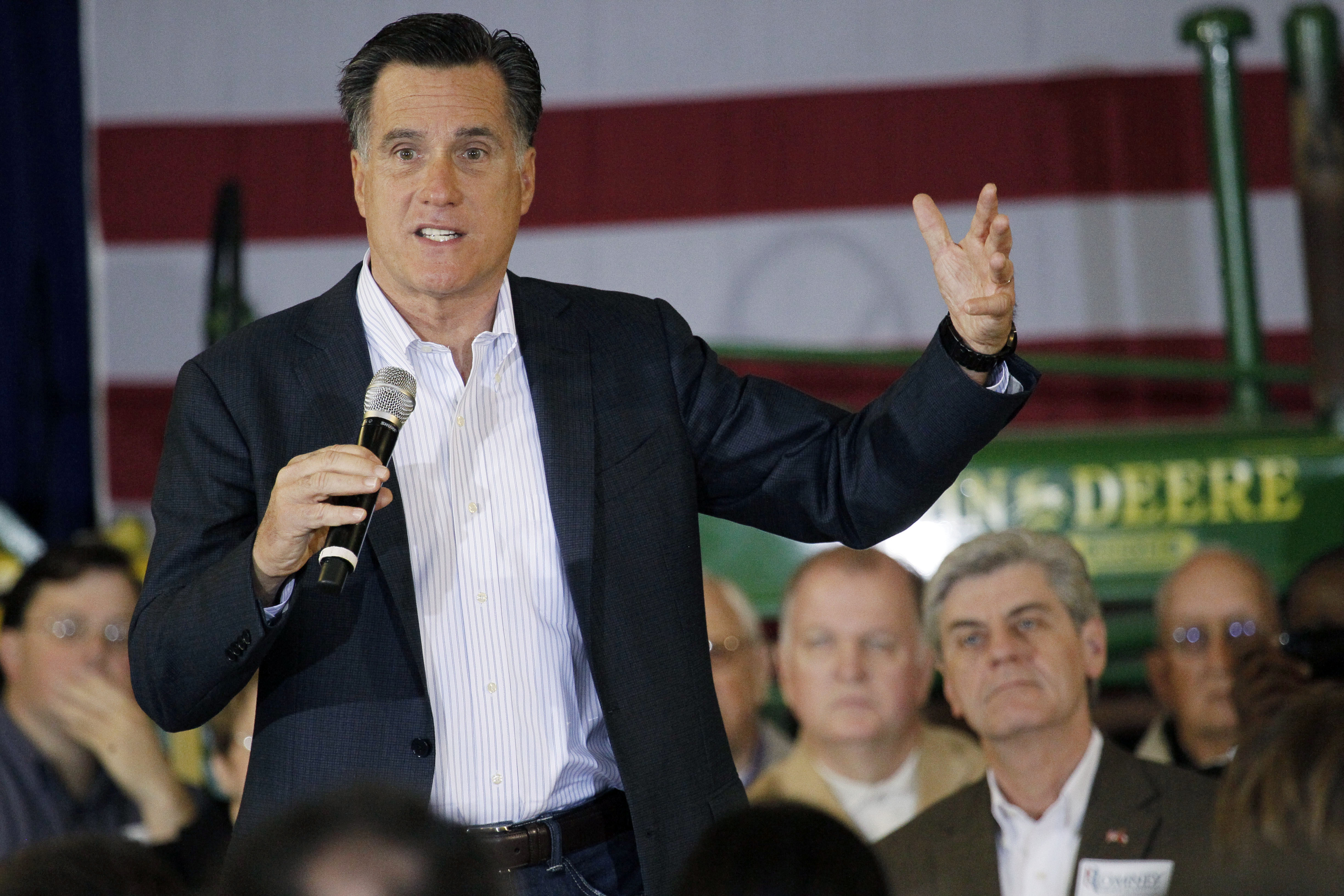 Mitt Romney on Monday expressed strong confidence in his ability to collect the remaining delegates necessary to receive the GOP presidential nomination and scoffed at a new strategy memo from Rick Santorum suggesting his rival could prevail at a brokered convention.

"Everybody has a scenario where they could become the nominee -- that's fine, but we have a primary process and so far we have two, two and half times as many delegates as he has; millions of more votes than he has," Romney told Fox News' Neil Cavuto. "That's the nature of the political process. If he is able to pull off a miracle, then so be it."

Romney currently has 428 delegates to Santorum's 179, according to CBS News estimates. Newt Gingrich has 97 and Ron Paul has 39. A total of 1,144 delegates are needed to clinch the nomination.

Santorum campaign advisor John Yob said in the memo, which was first reported by Buzzfeed, that the ex-Pennsylvania senator "is very well positioned to earn the delegates necessary to win the national convention, despite what the Romney campaign and their official/unofficial surrogates' fuzzy math may claim."

Yob said that Romney "must have a majority on the first ballot in order to win the nomination because he will perform worse on subsequent ballots as grassroots conservative delegates decide to back the more conservative candidate. Subsequently, Santorum only needs to be relatively close on the initial ballot in order to win on a later ballot as Romney's support erodes."

In an appearance on Sunday in Tupelo, Miss., Santorum himself expressed confidence in his chances in such a scenario. "Right now we feel very good that we're in a position to still win it right out, and if we have to go to an open convention, we like our chances just as well," he said. "This is a conservative party. The establishment is trying to force a moderate Republican from Massachusetts down the throats of the American people, and if we have to go to a convention, we'll win at a convention. I have no doubt about that."

Yob said that May 8, when North Carolina, Indiana and West Virginia voters go to the polls, is "the beginning of the end for Mitt Romney and the date that puts Rick Santorum on the path to the nomination."

Romney cited the memo as "talking about how they can go to a brokered convention and think they can swing some delegates that go from committed to uncommitted to maybe supporting him." But he added: "Look, if we go all the way to a brokered convention, we would be signaling our doom in terms of replacing Barack Obama. We need to select someone to become our nominee, get that person nominated and get focused on President Obama and get him out of the White House."

Earlier, Santorum campaigned in Tuscaloosa, Ala. He called Alabama and Mississippi "Newt Gingrich's backyard" and said he hopes the former House speaker will face a loss to "narrow the field" to Santorum, Romney and Paul. But he said he doesn't think he needs to win the two states to continue his momentum.

"I don't think we have to win, I just think we have to continue to do well," he said. "I'm going into Newt's backyard and obviously Gov. Romney [is] coming off of a big Super Tuesday. We've got to come in here and do well, and I think from all the polls we're doing very well. It's a very tight contest. The math going forward is going to be better for us."

During his appearance, Santorum said he's the only candidate running for president "who has any experience as commander-in-chief." His spokeswoman Alice Stewart later clarified that he meant having the experience to be commander-in-chief, citing his tenure as a member of the Senate Armed Services Committee.