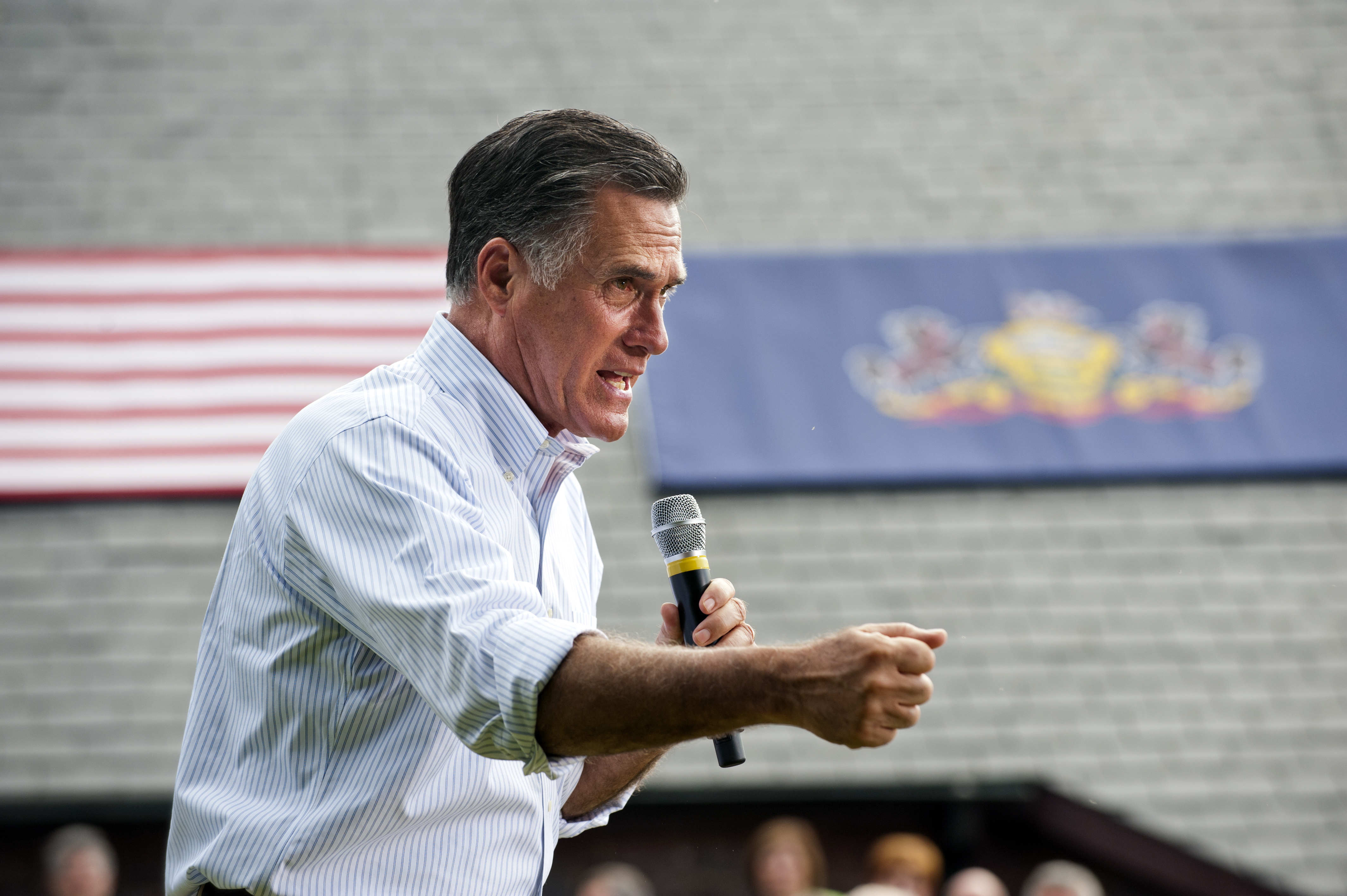 (CBS News) Showing no sign of backing down on his hawkish stance on Russia, Mitt Romney said in a radio interview broadcast on Tuesday that the country is continuing "to pursue a course which is antithetical" to that of the United States.

In the interview with Fox Radio, Romney repeated his earlier characterization of Russia as "geopolitical foe" - a remark that has raised questions among Democrats and even some Republicans about whether he remains stuck in a Cold War mindset. He sought to put the notion to rest, but did not deviate from his earlier controversial assertions.

"The nation which consistently opposes our actions at The United Nations has been Russia," Romney said. "We're of course not enemies. We're not fighting each other. There's no Cold War, but Russia is a geopolitical foe in that regard."

Romney's remarks came as President Obama has been meeting with Russian leader Vladimir Putin at Mexico's G20 summit to try to seek common ground over how to deal with Syria, one of Russia's allies. Romney blasted Obama for what he called an ill-advised concession on withdrawing missile-defense sites from Eastern Europe, which he called Putin's "number one foreign-policy objective."

Obama, Putin call for end to violence in Syria

"I think it was an enormous mistake to give them that and what he got in return shows the extraordinary naiveté of a Presidency that does not understand the power of resolve and strength," he said.

Asked if he thinks Putin respects Obama, Romney replied: "I believe that people around the world tend to act on their own self-interests as they perceive it. I do not believe that they respond to magnetic personalities and pleasantries, and believe that the best way to shape the course of American foreign policy is show strength -- strength in our homes and our economy and our military. And to have a president who shows resolve and locks arms with our allies, as opposed to attacking our allies and trying to control our geopolitical foes."

On another subject, Romney was asked about the heckling between his supporters and Obama supporters that has escalated at his recent campaign stops. He said it would be "a nice thing" if he could reach agreement with Obama strategist David Axelrod, but added: "I'm not sure it's possible."