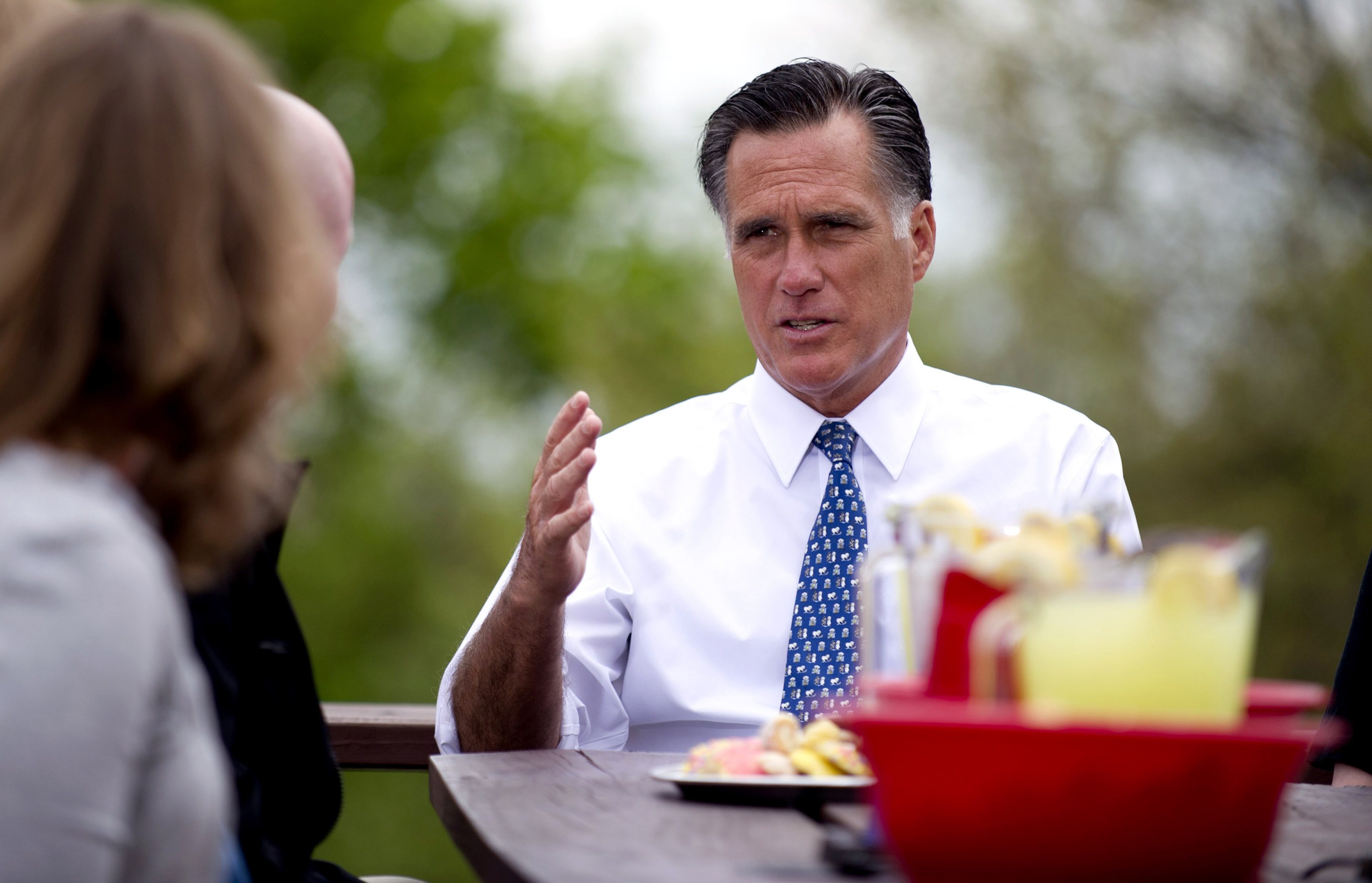 In response to President Obama's comment Wednesday that he "wasn't born with a silver spoon in my mouth," presumptive GOP presidential nominee Mitt Romney said Thursday that he would not apologize for his father's success.

"Well, you know, the president is really taking aim at anybody he can find these days," Romney said on Fox News. "In fact, in my case, I'm certainly not going to apologize for my dad and his success in life. He was born poor. He worked his way to become very successful despite the fact that he didn't have a college degree, and one of the things he wanted to do was provide for me and for my brother and sisters."

"I'm not going to apologize for my dad's success, but I know the president likes to attack fellow Americans," Romney continued. "He's always looking for a scapegoat, particularly those that have been successful like my dad, and I'm not going to rise to that. This is a time for us to solve problems. This is not a time for us to be attacking people, we should be attacking problems. And if I'm president, I will stop the attack on fellow Americans. I'll stop the attack on people and start attacking the problems that have been looming over this country."

George Romney was born in Mexico and was poor as a child, working in fields and becoming a lath and plaster apprentice after his family returned to the United States. (Mitt Romney has discussed how his father sold paint cans from his car to pay for gas and hotels during his honeymoon.) George Romney eventually rose to become a wealthy automobile executive and a three-term governor of Michigan, sending his son Mitt to a prestigious all-boys preparatory school for seventh grade through the end of high school.

Mitt Romney went on to Brigham Young University, Harvard University and success in the private equity world; the Romney campaign estimates Romney's net worth as between $190 and $250 million, though outside estimates have suggested it may be anywhere from $200 million to more than $500 million.

Mr. Obama made what was widely taken as a jab at Romney - who he did not mention by name - during a speech at a community college in Ohio on Wednesday.

"I wasn't born with a silver spoon in my mouth. Michelle wasn't," he said. "But somebody gave us a chance, just like these folks up here are looking for a chance."

Mr. Obama has made the "silver spoon" comment in past speeches, so it may not have been a direct shot at his likely general election opponent.

Romney says he donated his entire inheritance to Brigham Young, and thus did not inherit money from his parents. George Romney did provide a loan for Romney to buy his first home.