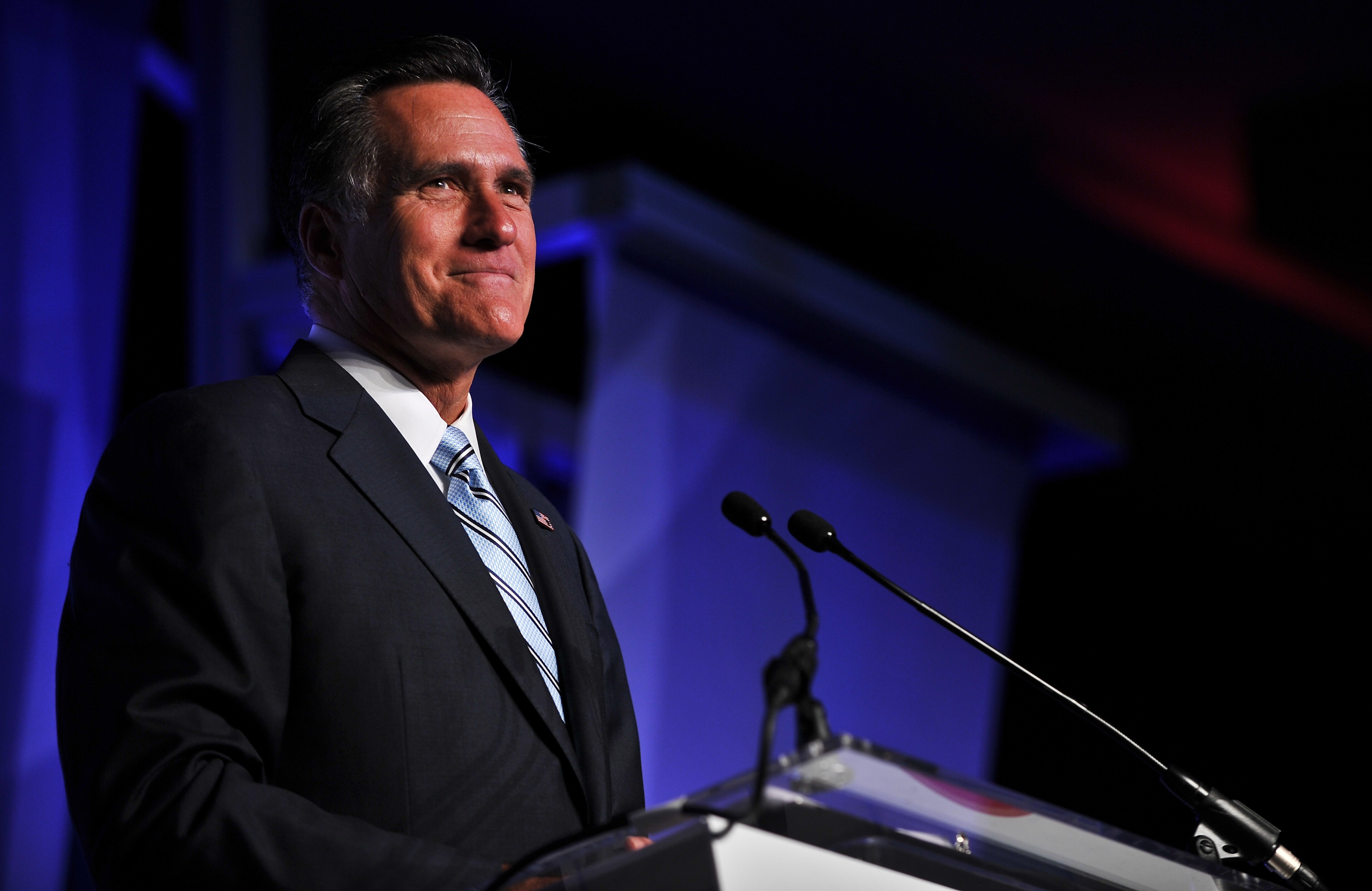 (CBS News) Republican presidential candidate Mitt Romney on Monday launched a fall courtship of Hispanic voters, an increasingly important segment of the electorate, with a promise he would reform immigration laws in his first term.

However, Romney declined to say whether he would continue President Obama's executive order allowing some children of undocumented workers to remain in the country, and he was heard in a video recordingsaying his quest for the White House would be easier if he were Latino.

On a day that the Republican challenger devoted to Hispanic issues and message-making, a video clip of Romney's appearance at a private fundraiserearlier this year was published by the liberal Mother Jones website. In the video, Romney is heard saying, "My dad, as you probably know, was the governor of Michigan and was the head of a car company. But he was born in Mexico ... and had he been born of Mexican parents, I'd have a better shot at winning this. But he was unfortunately born to Americans living in Mexico. He lived there for a number of years. I mean, I say that jokingly, but it would be helpful to be Latino."

The website said it obtained the video from someone at a private fundraiser earlier this year. Romney says that while women are open to supporting him, "We are having a much harder time with Hispanic voters, and if the Hispanic voting bloc becomes as committed to the Democrats as the African American voting block has in the past, why, we're in trouble as a party and, I think, as a nation."

In an interview with the Telemundo television network, Romney declined to say whether he would get rid of Mr. Obama's executive order that stopped deportations of children who either attend college or serve in the military.

"I'm going to make sure that we have a permanent solution to help these young people who came to this country through no fault of their own, brought here by their parents," he said. "I want them to understand what their permanent status is. And from the very beginning of my administration, I will work to put in place legislation that deals with the major immigration issues that America faces, including that one."

Pressed by interviewer Jose Diaz-Balart whether the rule would stay in effect while the legislation goes through Congress, Romney said, "Well, they're not deported immediately today. And -- and that's not-- that has not been the practice. My practice is to make sure these people have a permanent understanding and a solution to this issue." Political polarization has routinely stymied immigration bills in recent years.

Under Mr. Obama's policy, people younger than 30 who came to the United States before the age of 16 who have no criminal record and were successful students or served in the military can get a two-year deferral from deportation.

In the Telemundo interview, Romney also addressed increasingly violence among Mexico's drug cartels and said the solution is to decrease demand in the United States. "Young people need to understand that the use of drugs is a very dangerous thing to their fellow human beings. And I think if they do, we'll be able to have an impact on the use of drugs in this country and reduce demand. And that, I think, is part of the job of the president."

Diaz-Balart pointed out a 40-point disparity among Latino voters between Romney and Obama in a recent NBC News/Wall Street Journal/Telemundo poll, and asked Romney about his plan for reaching those voters with just a few weeks remaining.

"I think right now people recognize the president's policies have not created the jobs that Hispanic Americans and other Americans expect," he responded. "...Fifty-six months of unemployment above 10 percent? If people want more of that, they can vote for the same guy. But I spent my life in business, began in small business. I understand how small business works. I know what it takes to get jobs. If people want more free stuff from government, they may be attracted to President Obama. If they want more jobs and good jobs, I think they'll support my campaign. And that's what I've got to communicate in the weeks we have ahead."

Romney also addressed the issue of amnesty for illegal immigrants at a speech to the U.S. Hispanic Chamber of Commerce in Los Angeles, saying he opposes it. He said he will establish "an employment verification system so that every business can know whether the people it hires are legally eligible for employment. If a business cheats, there will be strict penalties for that business."