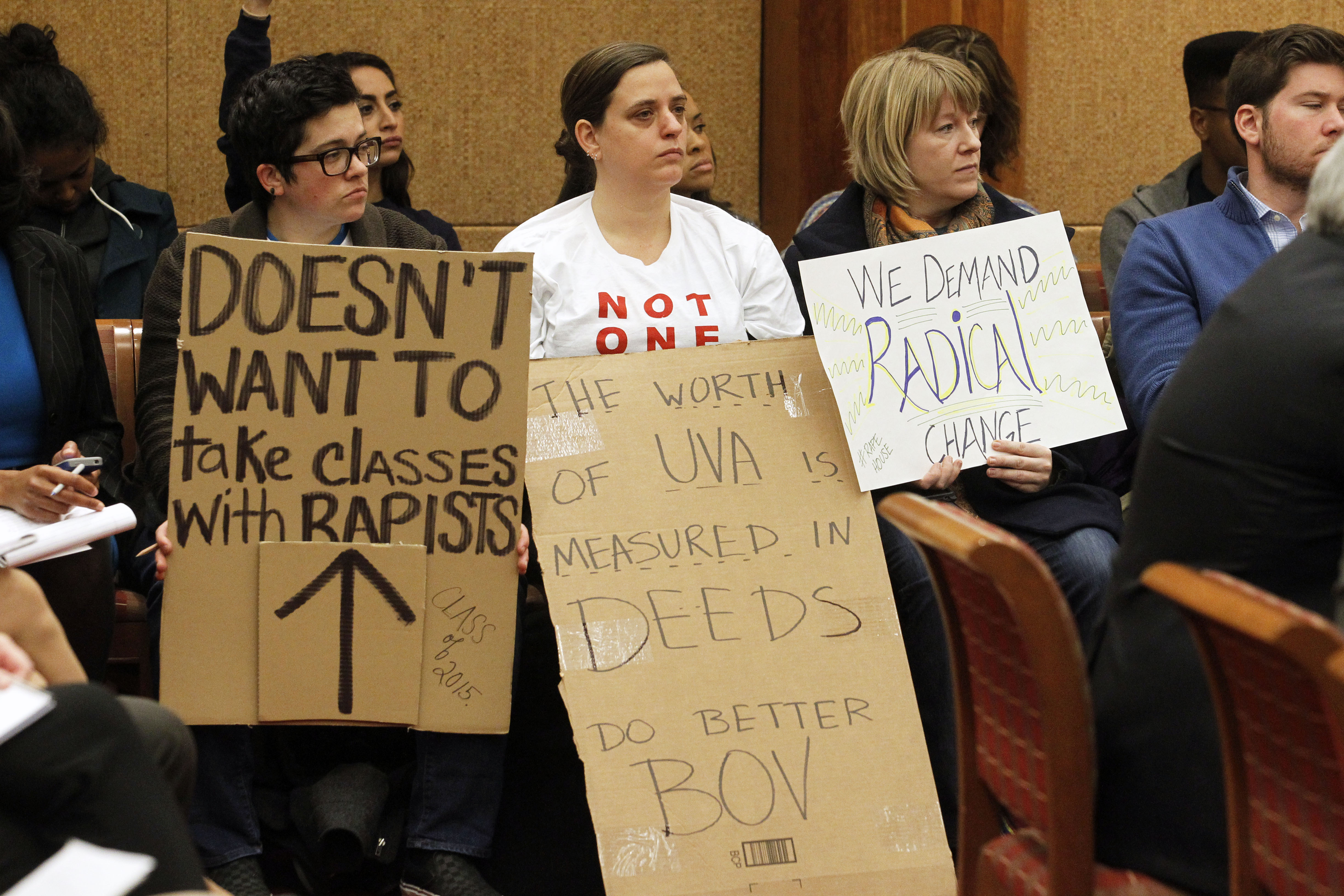 There are new questions over the story of an alleged gang-rape at the University of Virginia. The father of the alleged victim called "Jackie" is angry that Rolling Stone admitted mistakes in that article. He told Britain's Mail Online that his daughter is "crushed" that some people think she is lying.

Alex Pinkleton, one of the students featured in the article, said she is a friend of Jackie's as well as a survivor of an on-campus sexual assault.

She said the reporter asked her about her own assault but chose Jackie's story because it was the most extreme.

"She was looking for a piece that would have easily been sensationalized," Pinkleton said.

Pinkleton, a U.Va. junior, said Rolling Stone reporter Sabrina Erdely had an agenda for her story: find a very innocent victim and a monstrous perpetrator.

Pinkleton said the trauma Jackie suffered and the pressure put on her from the reporter are responsible for the inconsistencies in Jackie's story.

"I definitely believe Jackie was sexually assaulted," she said. "Since day one, anyone that was there the night of- the friends in the story - Andy, Cindy, Randall - they've all said she looked distraught. She said to them that she had been sexually assaulted and that part has been consistent."

In the article, Jackie said her three friends, identified as "Andy," "Cindy" and "Randall," found her on a "street corner, shaking," "in her bloody dress." "The Phi Kappa Psi house," where the alleged incident occurred, "loomed behind them."

CBS News reached out by phone to the individual identified as "Andy." He said he does not remember seeing visible injuries on Jackie on the night in question. And when he met Jackie, it was nowhere near the Phi Kappa Psi house but in front of the first-year dorm.

He said he was never contacted by the Rolling Stone reporter to corroborate Jackie's account.

"I think more than anything, I just want to know what happened that night before she came to us," he said.

The University of Virginia said it's pressing ahead with reform.

In an interview with The Washington Post, university president Teresa Sullivan said U.Va. has been working on the much larger problems that have plagued so many schools.

"I want to make the point that we have been concerned about these issues of sexual assault and alcohol use for a long time," she said. "It's not just all about the Rolling Stone story."

"CBS This Morning" reached out to Rolling Stone about this interview, but they have yet to provide a comment. An attorney Jackie has retained at the Central Virginia Legal Aid Society released a statement. She wrote: "As I'm sure you all can understand all of this has been very stressful, overwhelming and retraumatizing for Jackie and her family. At this time, our position is still 'no comment.'"