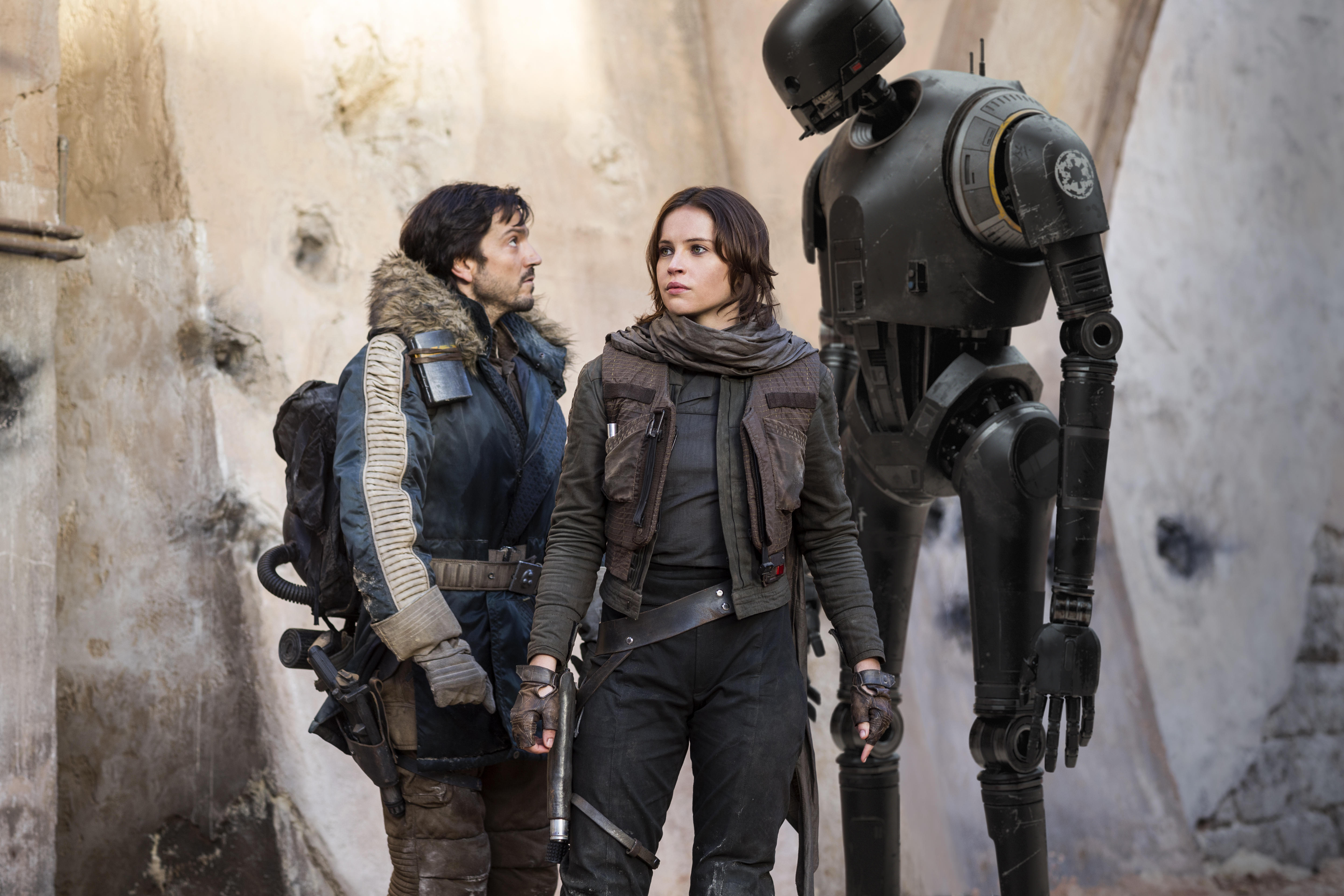 LOS ANGELES -- “Rogue One: A Star Wars Story” soared to the top of the weekend box office as expected, scoring the second-best December opening ever with $155 million in estimated ticket sales.

After the biggest Thursday night debut of the year, the intergalactic adventure blasted past industry expectations for a $130 million weekend, according Sunday’s studio estimates. “Rogue One” opened at No. 1 in all markets globally, though it has yet to bow in China and Korea.

“We’re in uncharted territory for December,” said Paul Dergarabedian, senior media analyst for box office tracker comScore. “It’s going to be really hard for any movie to catch up to this movie. ... This is only the second time a movie has opened this big in December.”

The record-setter was “Star Wars: The Force Awakens,” the space saga’s seventh installment, which debuted to $247.9 million in the U.S. and Canada last December.

Like “The Force Awakens” did in 2015, “Rogue One” could top the box office for the rest of the year, Dergarabedian said.

Set before the events of the original 1977 “Star Wars,” it stars Felicity Jones and Diego Luna as leaders of a rebel faction that steals plans for its imperial enemy’s master weapon, the Death Star.

“Rogue One” knocked the No. 1 movie for the past three weeks, Disney’s “Moana,” to a distant second with $11.6 million, followed by “Office Christmas Party” with $8.4 million.

The weekend’s other new wide release, the critically panned Will Smith drama “Collateral Beauty,” opened in fourth place with $7 million.

“This is one of the most intense marketplaces for movies I’ve ever seen,” Dergarabedian said. “You have a ‘Star Wars’ movie out there looming like the Death Star over everything, and a really great crop of Oscar contenders that keeps expanding.”

Denzel Washington’s “Fences” opened in limited release this weekend and expands on Christmas Day. “Manchester by the Sea,” ‘’La La Land” and “Arrival,” which all earned awards nominations recently, remain in the box office top 10.

Moviegoers who see “Rogue One” will also get a peek at next year’s anticipated blockbusters: Trailers for the new “Guardians of the Galaxy,” ‘’Spider-Man” and “Fast & Furious” films play before the feature.

“Rogue One” is the “perfect lead-in for 2017, which looks absolutely massive,” Dergarabedian said.

Estimated ticket sales for Friday through Sunday at international theaters (excluding the U.S. and Canada), according to comScore: