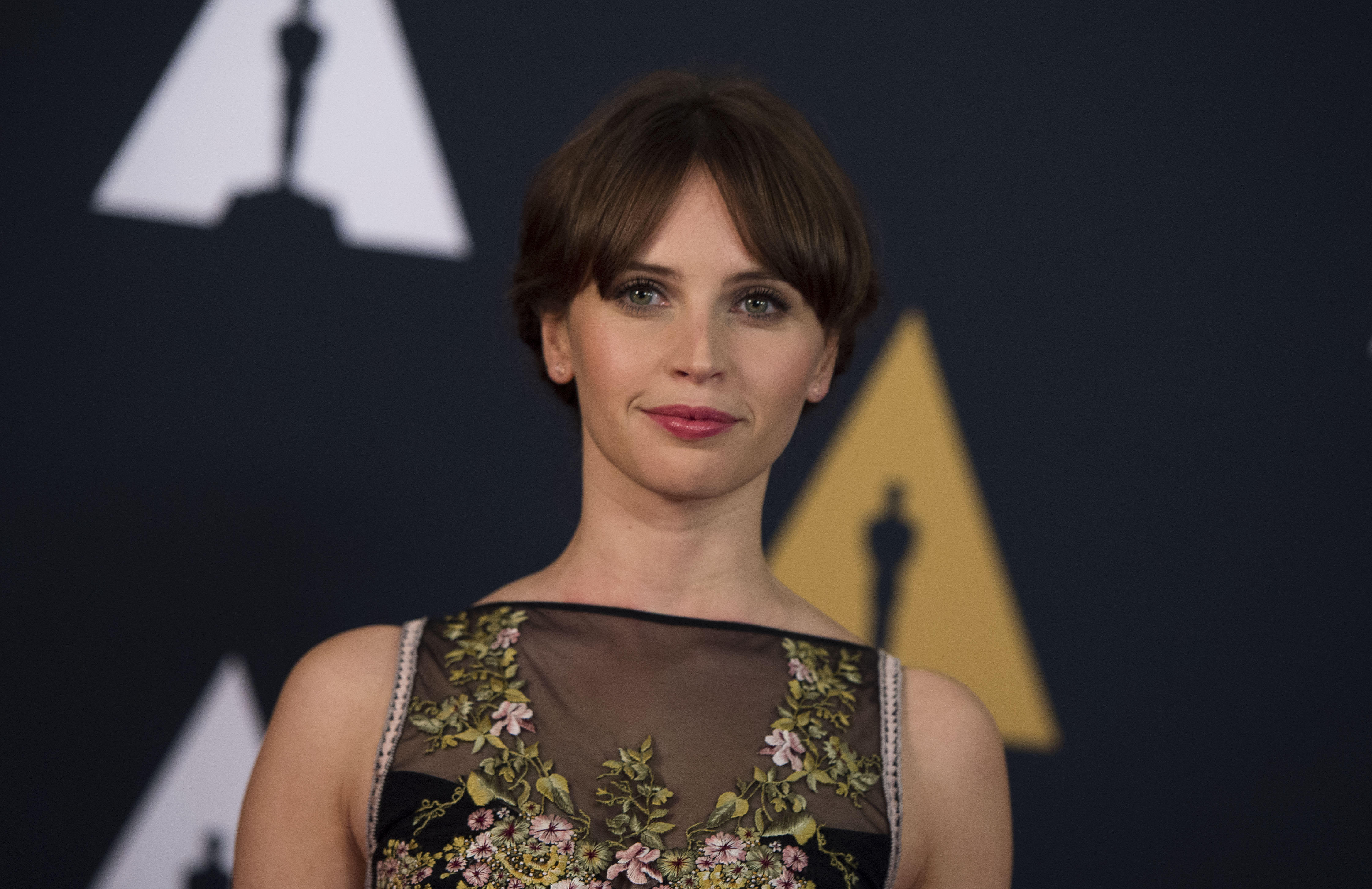 “Rogue One” star Felicity Jones is a feminist -- and proud of it. And Jones is proud to say that her upcoming blockbuster role lives up to her sensibilities.

“I’ve always been a feminist, and what I love in my work is being able to explore a full-sided woman and not patronize her,” she told Glamour magazine in a new interview.”Particularly with Jyn, it’s such a rare opportunity to be able to play a female who’s not just thinking about relationships.”

“Everyone wanted to create a character that was not in any way objectified,” sad Jones. “We didn’t want to sexualize Jyn ... We don’t even see Jyn’s arms! That’s not her priority. She’s a survivor, and she has a mission to complete.”

Jones also addressed the issue of equal pay for women in Hollywood, something that’s been addressed by the likes of Patricia Arquette and Jennifer Lawrence.

“I want to be paid fairly for the work that I’m doing. That’s what every single woman around the world wants,” Jones said. “We want to be paid on parity with a man in a similar position. And I think it’s important to talk about it.”

Jones stands by her counterparts that have spoken out on the issue -- and faced criticism. “It’s brave of those women to come forward and make a point about it,” she said. “Now younger actresses will have a confidence in those discussions with their agents and be able to say, ‘Can we make sure that I’m being paid the right amount for the work that I’m doing?’”

The British actress -- who previously starred in “Like Crazy” and “The Theory of Everything” and will also be seen this holiday season in “A Monster Calls” -- credits her mom for her feminist outlook.

“My mother was in the kind of late-’60s, early-’70s origins of female emancipation,” she said. “And she was very much like, ‘You’re not going to be defined by how you look. It’s going to be about who you are and what you do.’”