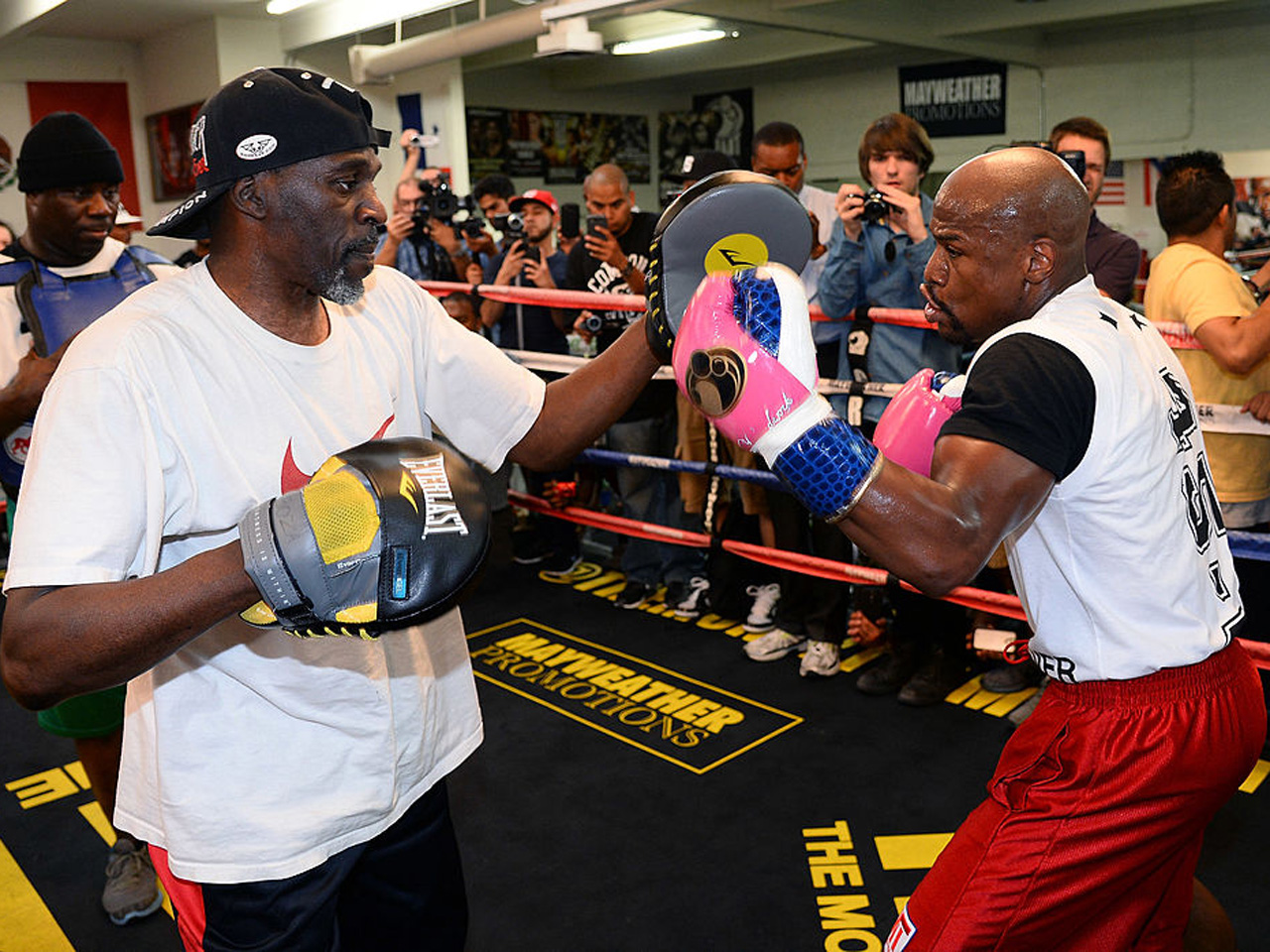 He was found around 10 a.m. by family members on Flamingo Road.

Mayweather had last been seen around 3 p.m. Saturday in the area of Spring Mountain Road and Valley View Boulevard, less than a mile away from Mayweather Boxing Club.

Authorities said the 55-year-old suffers from several known medical issues and did not have his medication.

They were asking all area hospitals to check their registries.

Roger Mayweather, who is 5-foot-7 and 160 pounds, had been last seen wearing a white shirt, blue sweatpants and white tennis shoes.

Roger Mayweather has been training his nephew on and off since the latter first turned pro in the mid-1990s. He was himself a champion boxer in two different weight classes, and both of his brothers were contenders. He went by the nickname of "Black Mamba."

A biography on the Mayweather Boxing Club website states: "A former championship fighter within the ring, Roger has fought a different battle outside of it. He suffers from diabetes - a condition that causes excessive thirst, fatigue, weight loss, blurred vision and the occasional tingling in the body's extremities."