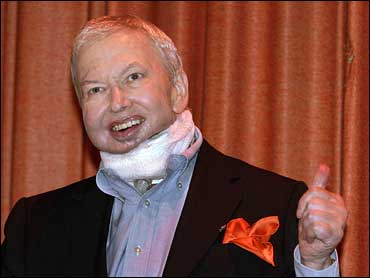 CHICAGO The curtain may have closed on Roger Ebert's long running review show "At The Movies," but the head and neck cancer survivor says he will fight on.

Ebert says he and his wife are going ahead with plans to produce a new movie review television program with the working title "Roger Ebert presents At the Movies."

The famous movie reviewer wrote Thursday on his Chicago Sun-Times blog that he can't give details, but they're "deeply involved" in talks. Ebert says they've held tests with potential hosts and they know who they will use. He says the new show would have a strong presence online.

In 2006, Ebert's battle with cancer left him unable to speak. His lower jaw was mostly removed and he is forced to eat through a stomach tube. Still, Ebert has remained active and has continued to review movies in his syndicated newspaper column.

On Thursday, Disney-ABC Domestic Television announced the cancellation of "At The Movies," the successor show to Ebert's review programs with the late Chicago Tribune critic Gene Siskel and later with the Sun Times' Richard Roeper.

Disney-ABC said the last show with A.O. Scott of the New York Times and Michael Phillips of the Tribune will air in August.