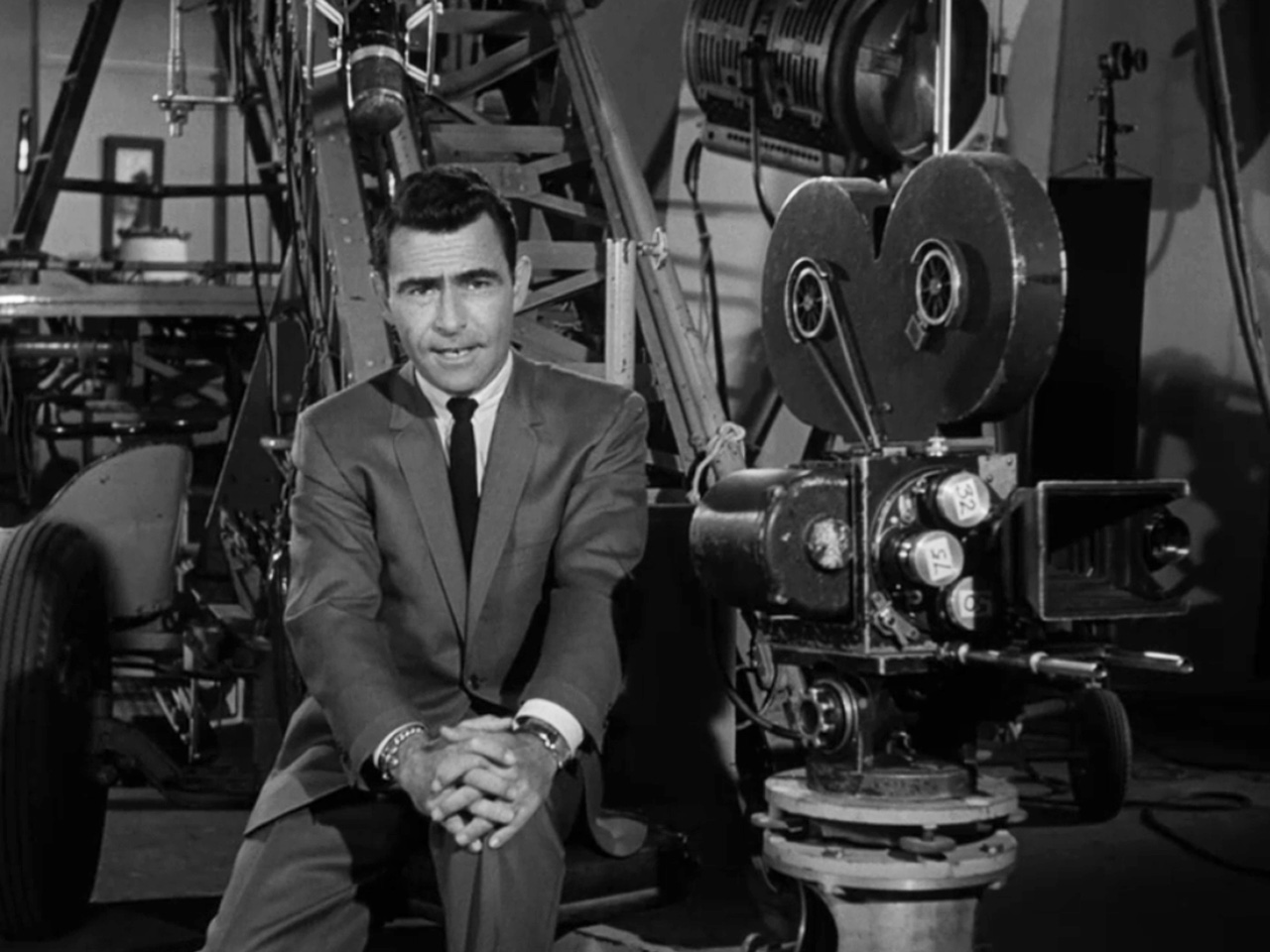 Contributor Bill Flanagan of VH1 on the writer who inspired countless TV writers to come:

We are often told we are living in the second Golden Age of Television. Series such as "Mad Men," "Boardwalk Empire" and "Homeland" maintain a level of quality that rivals the best contemporary film and theatre.

The first TV Golden Age was back in the '50s when -- from the dramatist Paddy Chayefsky to comedy writers Woody Allen and Neil Simon to newspaper columnist Ed Sullivan -- television was a writer's medium.

If there is a connective thread between that first Golden Age and today's, it must be the work of a man who passed away at age 50 on June 28, 1975.

Rod Serling was not an actor, a singer or a comedian, but his influence on the development of television is immeasurable.

Anyone who grew up in the Sixties has Rod Serling's voice imprinted on the brain.

"You are traveling through another dimension, a dimension not only of sight and sound but of mind. A journey into a wondrous land of imagination. Next stop, the Twilight Zone!"

As producer, main writer and host of "The Twilight Zone," Serling bent the minds of baby boomers, with stories notable for twist endings that would have impressed O. Henry, and stern moral lessons.

Serling achieved success as a young man writing TV dramas such as "Requiem for a Heavyweight." By 1959 he was so weary of having to neuter his stories for sponsors and censors that he came up with "The Twilight Zone."

Under the cover of science fiction, Serling produced weekly parables about the evils of greed and militarism, hypocrisy and bigotry. He realized that you could talk about almost any subject, no matter how controversial, if you put it on another planet.

"The Twilight Zone" ran for five years, and Serling wrote an astonishing 92 episodes. When the series ended in 1964 he went on to movies (including "Seven Days in May" and the original "Planet of the Apes"), returning to TV in 1969 with "Night Gallery," another fantasy anthology which introduced a young director named Steven Spielberg.

"Night Gallery" was okay, but it was no "Twilight Zone." Sterling's austere morality tales belonged to a black-and-white world; they seemed a little garish in living color.

By the time Serling died in 1975 the era of the television auteur was already long gone.

But "Twilight Zone" planted a lot of seeds.

In David Chase's autobiographical film "Not Fade Away," the Hollywood dreams of a New Jersey teenager are inspired by his love of "The Twilight Zone." After a long career in the TV trenches, Chase created "The Sopranos," the series that began television's new Golden Age.

Chase used gangsters the same way Serling used science fiction, as a commercial device that allowed him to explore very personal and sometimes controversial ideas. "The Sopranos" became the model for writer-run series, from "The Wire" to "Girls."

The great "Breaking Bad" was the creation of Vince Gilligan, who had established himself as a writer of "The X Files." What was "The X Files" but "Twilight Zone" with continuing characters?

That plane on "Lost" surely made an unscheduled stopover at a remote island -- in "The Twilight Zone."

"Walking Dead"? "Under the Dome"? "The Leftovers"? Pan to Mr. Serling addressing the camera with a cigarette in hand.

George R.R. Martin, the author of "Game of Thrones," worked as a story editor on a 1986 revival of (you guessed it) "The Twilight Zone."

So tonight, when you sit down to watch the one of those high-end, critically-acclaimed cable series, take a moment to thank Rod Serling. More than 50 years ago, he created the template for smart, entertaining, writer-driven TV.

He recognized what television could be: "A dimension not only of sight and sound, but of mind."