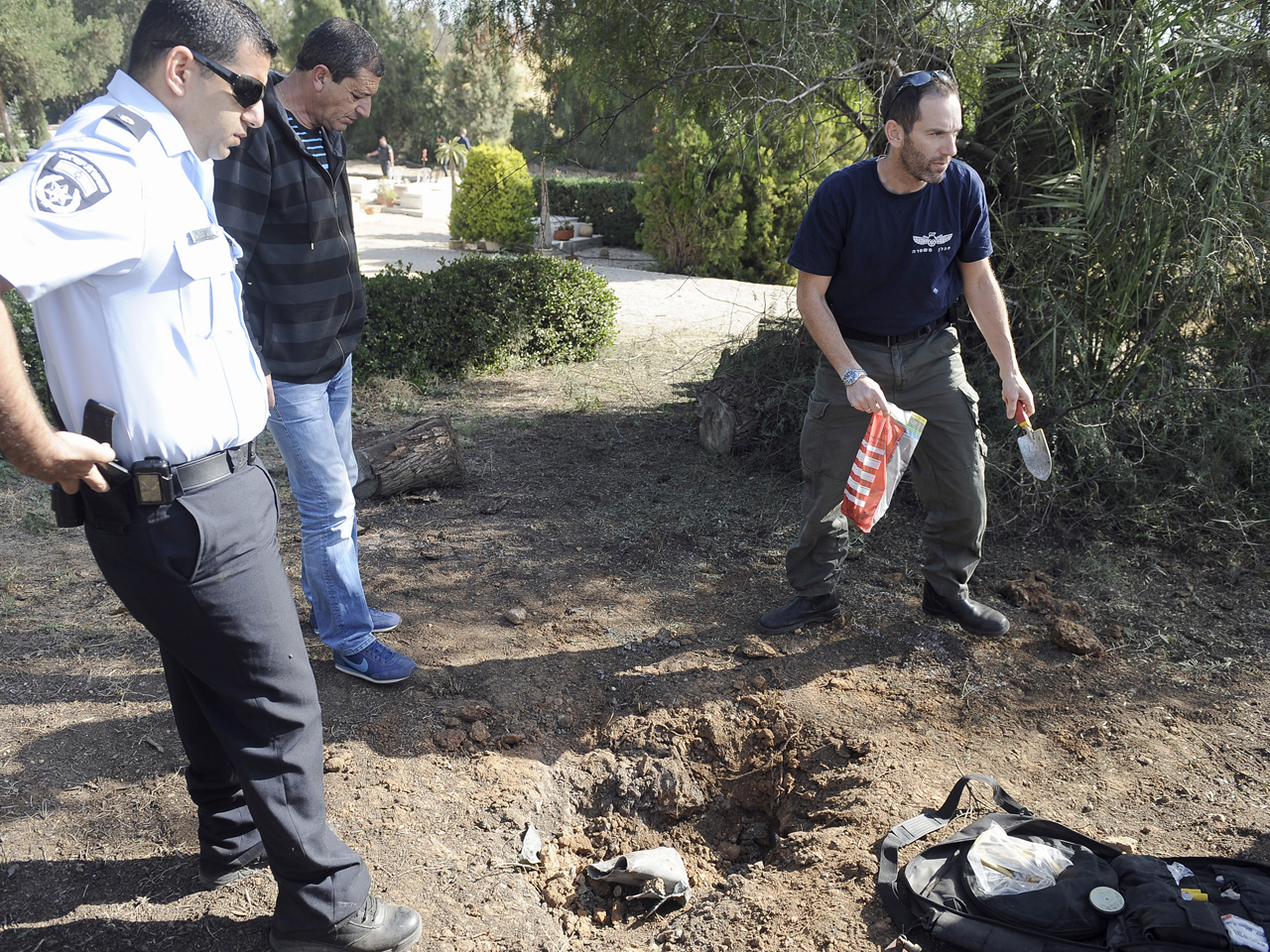 Yaalon's remarks came as two rockets from the coastal territory exploded at an Israeli border town without injuries Wednesday, according to police.

"We will not in any way allow a routine of rocket fire steadily dripping on our civilians and soldiers," Yaalon said in a statement.

Hours earlier on Wednesday, Israeli warplanes struck targets in the Gaza Strip in response to Tuesday rocket fire toward southern Israel, the first air strikes launched by Israel since an informal cease-fire ended eight days of cross-border fighting between Israel and Hamas-ruled Gaza.

An Israeli military statement issued Wednesday said its planes targeted "two extensive terror sites" with "accurate hits." Palestinian officials said no one was hurt in the air strikes and no damage was reported in northern Gaza.

CBS News correspondent Robert Berger points out from Jerusalem that that the situation on the Israeli-Gaza border has been tense for months. The Israeli air raids followed the Tuesday rocket fire, the third successful rocket attack on Israel since the November cease-fire. The military reported that Gaza militants sent at least one rocket toward southern Israel. No one was hurt and no damage was caused. The attack was the first since rockets were fired during President Obama's visit to Israel two weeks ago.

Separately, the Israeli newspaper Haaretz reported Wednesday that U.S. Secretary of State John Kerry is about to head to the region for the second time in a week-and-a-half to try to "kick-start" the long-stalled Mideast peace process. Haaretz cited a senior Israeli official who asked to remain anonymous, who said Kerry was expected to arrive in Israel Saturday night.

Haaretz said Kerry was to resume his "campaign of shuttle diplomacy between Jerusalem and Ramallah."

There was no immediate claim of responsibility for the latest ocket fire. The Israeli military says it holds Gaza's Islamic Hamas rulers responsible for any attack against the Jewish state.

Rocket fire has been rare since the informal cease-fire was reached last November. During the eight days of violence that month, the Israeli military said 1,500 rockets were fired at Israel, including the first from Gaza to strike the Tel Aviv and Jerusalem areas. The rocket attacks killed six Israelis and wounded dozens. Israeli airstrikes killed 169 Palestinians, many of them militants, and caused considerable damage.

Palestinian officials said Israel was responsible for the death of Maysara Abu Hamdiyeh, charging medical negligence. The 64-year-old was serving a life sentence for his role in a foiled attempt to bomb a busy cafe in Jerusalem in 2002.

As news of Abu Hamdiyeh's death spread, Palestinian prisoners in several jails began banging on their cell doors and hurling objects. Later, protests spread to Jerusalem and parts of the West Bank.

She said Abu Hamdiyeh was treated well by Israeli specialists and died in a hospital in Beersheba.

Weizman said the prison service asked the parole board for the prisoner's early release after his cancer was diagnosed as terminal last week, but the appeal was still being processed at the time of his death.

Palestinian prisoner affairs minister Issa Karakeh blamed Israel. "This is a serious, ugly crime committed against the prisoner Maysara due to medical negligence and reluctance to release him," Karakeh said.

In Ramallah, Palestinian President Mahmoud Abbas said he was working to free Palestinians from Israeli prisons.

"We were surprised with the death of our brother prisoner," Abbas said. "We attempted to have him released and take him for treatment, but the Israeli government refused to release him, which led to his death."

Later Tuesday, protests spread to the West Bank city of Hebron, where protesters threw firebombs and rocks at Israeli soldiers. The troops responded with tear gas and other riot dispersal means, the military said.

Tensions are high in Israeli lockups, where thousands of Palestinian security prisoners are being held. Some have held hunger strikes and Palestinians have held large protests demanding their release.

After decades of conflict with Israel, the issue of prisoners is emotionally charged in Palestinian society. Inmates are highly esteemed regardless of the reasons for their incarceration, which range from mass murder to throwing rocks.