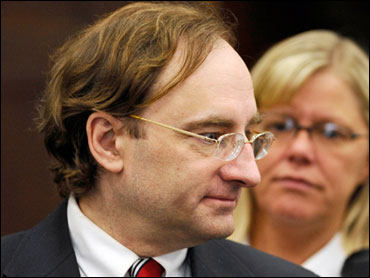 LOS ANGELES - A mystery man who calls himself Clark Rockefeller was charged Tuesday with murder in the disappearance of a Southern California man more than 25 years ago, the Los Angeles District Attorney's office said.

Christian Gerhartsreiter, a German national who goes by several aliases, was charged with killing John Sohus in February 1985 when he was living in a San Marino guesthouse owned by Sohus' family, the district attorney's office said.

Gerhartsreiter, who called himself Christopher Chichester at the time, vanished shortly after the 27-year-old Sohus' disappearance, prosecutors said.

Sohus' body was unearthed from the backyard of the house in 1994. An investigation determined he was killed by blunt force trauma to the head. Sohus' wife is still missing.

Prosecutors were seeking to extradite Gerhartsreiter, who's serving time in a Massachusetts prison in the kidnapping of his 7-year-old daughter, district attorney's spokeswoman Jane Robison said.

Gerhartsreiter faces 26 years to life in prison if convicted. Robison said she didn't know whether he has obtained an attorney.