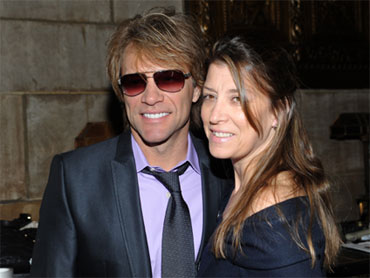 Maybe he had "Something For The Pain," but rocker Jon Bon Jovi was able to finish a concert in his home state of New Jersey despite tearing a calf muscle toward the end of the show.


Bon Jovi injured himself during the band's 2 1/2-hour concert at the new Meadowlands Stadium in East Rutherford on Friday night. He then limped back on the stage for an encore, "Livin' On A Prayer."

A spokeswoman says the band does not anticipate canceling any dates on the rest of its summer stadium tour.

YouTube video shows the 48-year-old singer limping back and forth across the stage, occasionally flexing his foot as he assures the crowd he's OK.