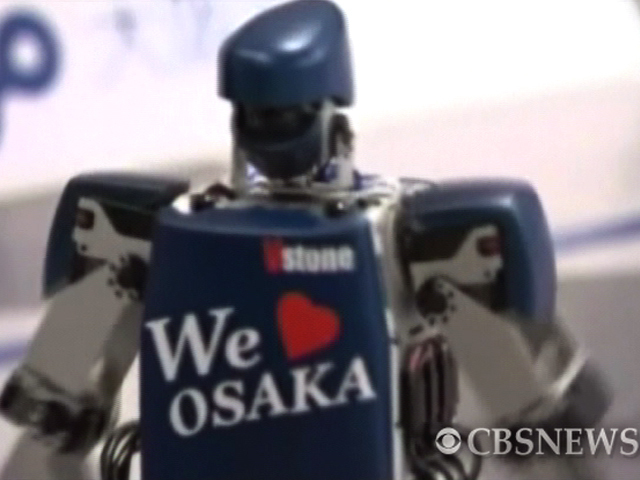 The four contestants in the world's first ever robot full marathon, "Robo Mara Full," got together for a practice run in the Western Japanese City of Osaka.

Surrounded by press, three two-legged androids and one wheeled unit trained for the real race, which takes place on February 24th.

And, what a race it is... a 26.2 mile competition that may take an estimated four days to complete.

The robots are allowed to be adjusted for repairs and they can have their batteries changed but, if they fall down they have to get back up on their own.

"You've got to stretch to prevent injuries and aim to complete the marathon," a robot called Robovie-PC told crowds gathered at the press event.