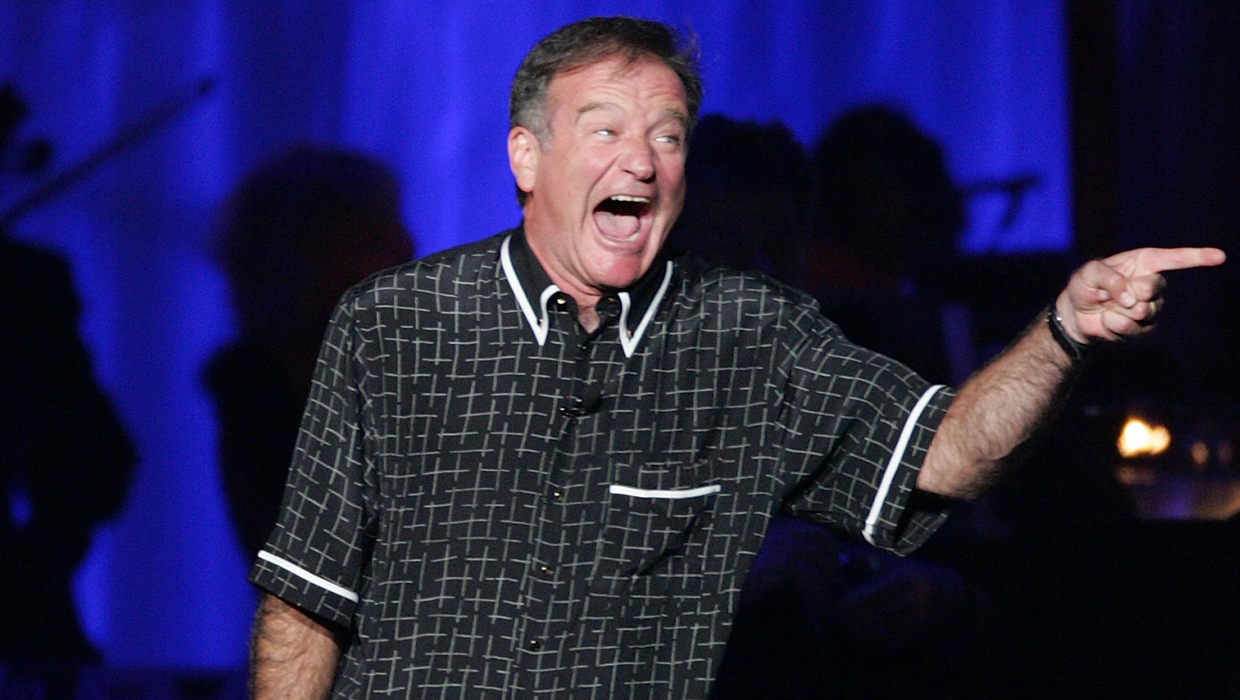 One of the world's funniest men and seemingly most joyful personalities wrestled with a dark demon that impacts nearly 1 in 10 adults in the U.S. -- depression.

Robin Williams' death on Monday draws new attention to the struggle with depression that can plague a person throughout their life. Williams' press representative, Mara Buxbaum, said in a statement that "he has been battling severe depression of late."

Williams spoke publicly about his troubles and his repeated bouts of drug and alcohol abuse over the years. And yet his awareness of the problem, and his efforts to get treatment, were not enough to save him.

In television interviews and even on the stand-up comedy stage, the 63-year old comedian and actor frequently acknowledged that he turned to drugs and alcohol for escape. He sought out professional help and support and was admitted to rehabilitation centers several times to get clean. He maintained sobriety for two decades before relapsing in 2006.

But as with many people suffering from such challenges, the cycle frequently repeated itself. Just last month, Williams said he was returning to rehab to "fine tune" his sobriety.

Dr. Harry Croft, a psychiatrist and addiction expert and chief of CNS Trials at the Clinical Trials of Texas, says the phrase suggests to him that Williams wasn't actually planning to visit a rehab center for addiction but was instead seeking help at a psychiatric hospital.

"I would surmise that he was in treatment for depression, not substance abuse," Croft told CBS News. "One doesn't really enter a facility for maintenance of sobriety unless there's something else that's going on that threatens that sobriety."

Croft pointed out that checking into rehab has become an intrinsic part of celebrity culture, but getting help for mental illness still carries plenty of stigma in society.

Depression is often difficult to treat and can also be resistant to drug therapies. It's estimated that only about a third of people with major depression will achieve remission after starting antidepressants.

Treating severe depression typically requires some type of drug therapy, such as serotonin reuptake inhibitors (SSRIs) and other psychotropic medications. Unfortunately, many of these drugs can sometimes worsen a person's depressive symptoms. The U.S. Food and Drug Administration warns consumers that people who take SSRIs may have an increased risk for attempting suicide.

Patients with clinical depression also often seek out talk therapy and counseling. But nearly every expert will say that patients must do some heavy lifting. That is, make lifestyle changes and find better ways to cope with anxiety and stress.

Some research has found that mutations to a number of genes can make certain people unresponsive to drug treatment. Brain scans of people with depression and addiction look different than those of people who do not suffer from these conditions, another sign that the conditions indeed have a physical basis.

Research has found changes in regions of the brain that are linked to a human's ability to regulate emotion, such as the hippocampus, amygdala and limbic system, all of which are areas connected to the reward center of the brain and therefore addiction. For many people the way to feel happy -- even for a brief moment -- is to reward the pleasure center of the brain.

"This tragedy gives us a chance to understand that depression is not due a weakness of will or character flaw. It is a brain disorder," said Croft. "We see changes in function, the way the brain processes various neurochemicals and neurotransmitters."

Williams' decision to take his own life -- apparently by hanging, officials say -- was especially shocking to many due to the fact that the man seemed to have everything: fame, fortune, a loving family and endless talent. But Croft says no blessing or success can cure a disease of the brain.

While the public may never know for sure, it is possible that even with all the resources available to Williams, he simply wasn't able to get the help he needed.