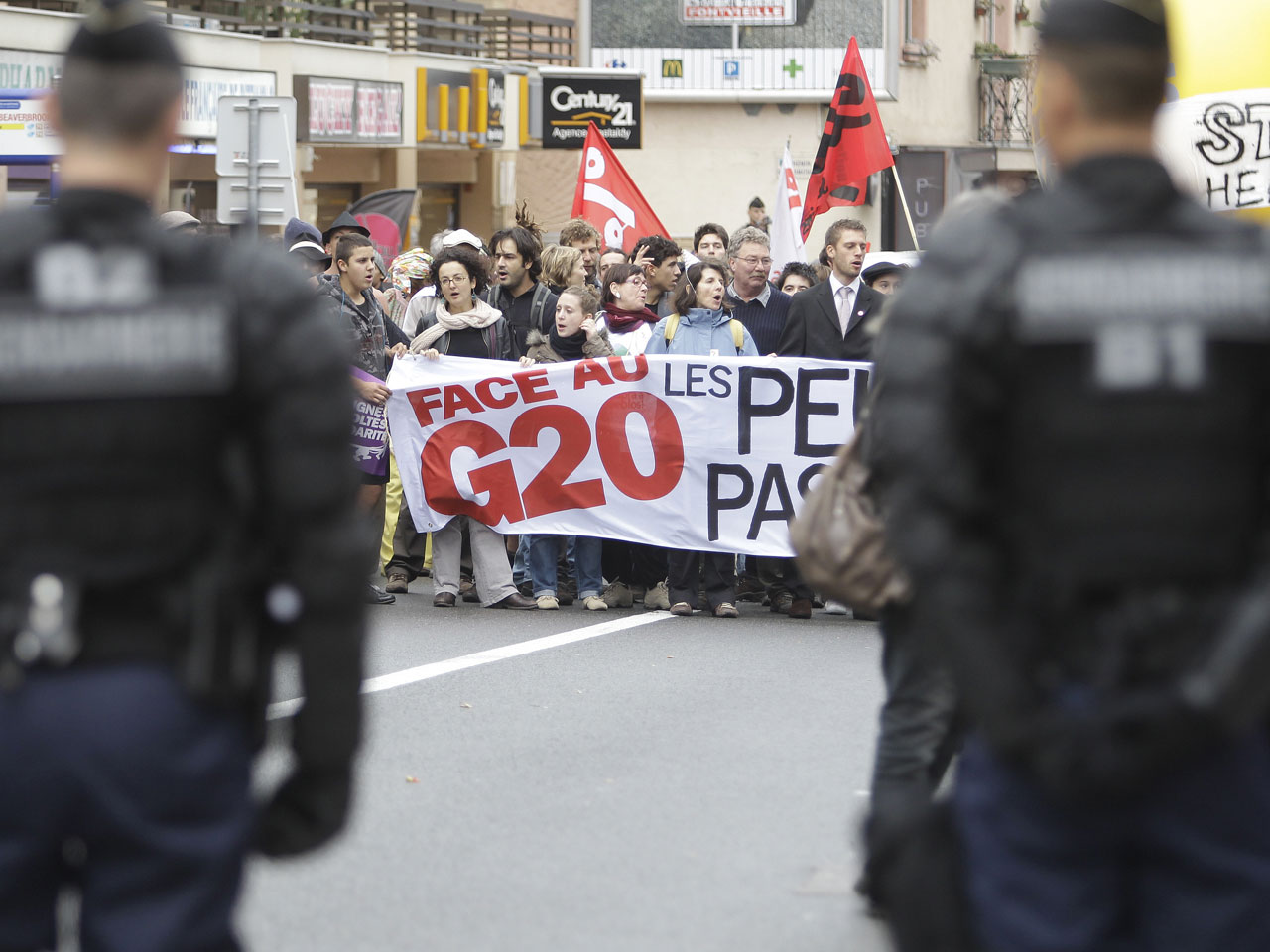 CANNES, France - Activists are pressuring global leaders meeting for the Group of 20 summit to impose higher taxes on financial transactions in order to raise millions of dollars to fight poverty and deprivation around the world.

Groups including Oxfam, the World Wildlife Foundation and others organized events Thursday around the chic resort town of Cannes on France's Cote d'Azur to draw attention to the so-called Robin Hood tax on financial transactions.

"I am here specifically to promote on behalf of Oxfam the Robin Hood tax," Nighy said. "A tiny tax, fifty pence, in English terms, on every 1,000 pounds (1,596 dollars) generated on the kind of casino-style sterile, nonproductive banking that takes place in cyber space."

Other organizations staged an event at a casino — well away from where the world leaders were meeting at the Palais des Festivals, where Cannes' famous film festival is held.

Activists dressed as nurses created an emergency room setting where they administered a phony saline drip, meant to represent the financial transaction tax, to a person painted in full body art to resemble the globe.

In a separate protest, activists from the French health charity Doctors of the World were temporarily removed from the summit's media center after they tried to hang a banner calling on G-20 leaders to give more money to improve health and living conditions in the developing world.