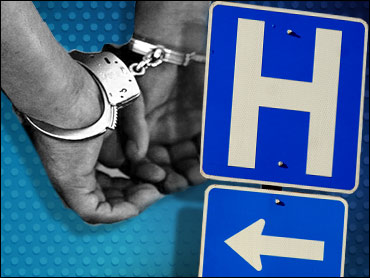 (CBS) SYRACUSE, N.Y. - Police say a 26-year-old man robbed a bank then fell 21 floors down a Syracuse apartment building's garbage chute while trying to escape. He is now in critical condition.

Authorities in Syracuse say Robin Gutheridge robbed a Chase Bank branch Thursday and fled on foot. Detectives learned soon after that he was seen entering an apartment building a few blocks away.

While officers searched the building, a maintenance worker told them he could hear someone calling for help from a garbage chute in the basement. Police say Gutheridge was found trapped near a compactor with some of the bank's money with him.

Officers say they believe he had climbed into the chute on the 21st floor and fell all the way to the basement.

A phone listing for Gutheridge couldn't be found.

It couldn't immediately be determined if he had a lawyer.