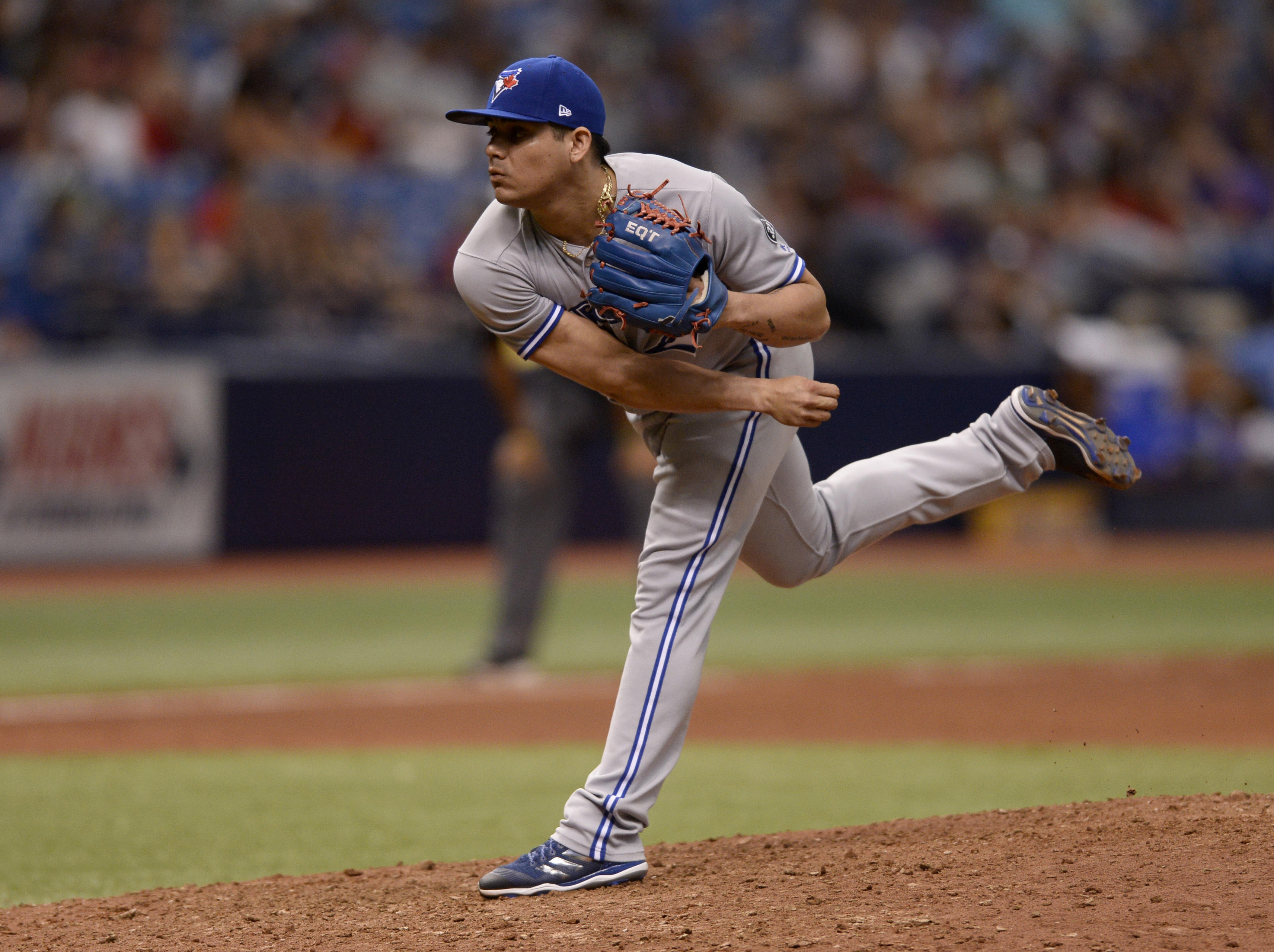 TORONTO -- Toronto Blue Jays closer Roberto Osuna was charged with assault Tuesday and put on administrative leave by Major League Baseball. Police declined to say whether it was domestic assault.

Constable Jenifferjit Sidhu of the Toronto Police Service said the charge is for one count of assault, and provided no further details.

The 23-year-old reliever is scheduled to appear in court June 18.

Major League Baseball said in a statement it "takes all allegations of this nature very seriously" and is investigating. The Blue Jays said they "fully support" MLB's decision to place Osuna on leave.

"The type of conduct associated with this incident is not reflective of our values as an organization," the team said in a statement.

The club added it would not comment further because of the ongoing police investigation.

In 15 appearances this season, Osuna has a 2.93 ERA with nine saves. The native of Mexico is in his fourth season.