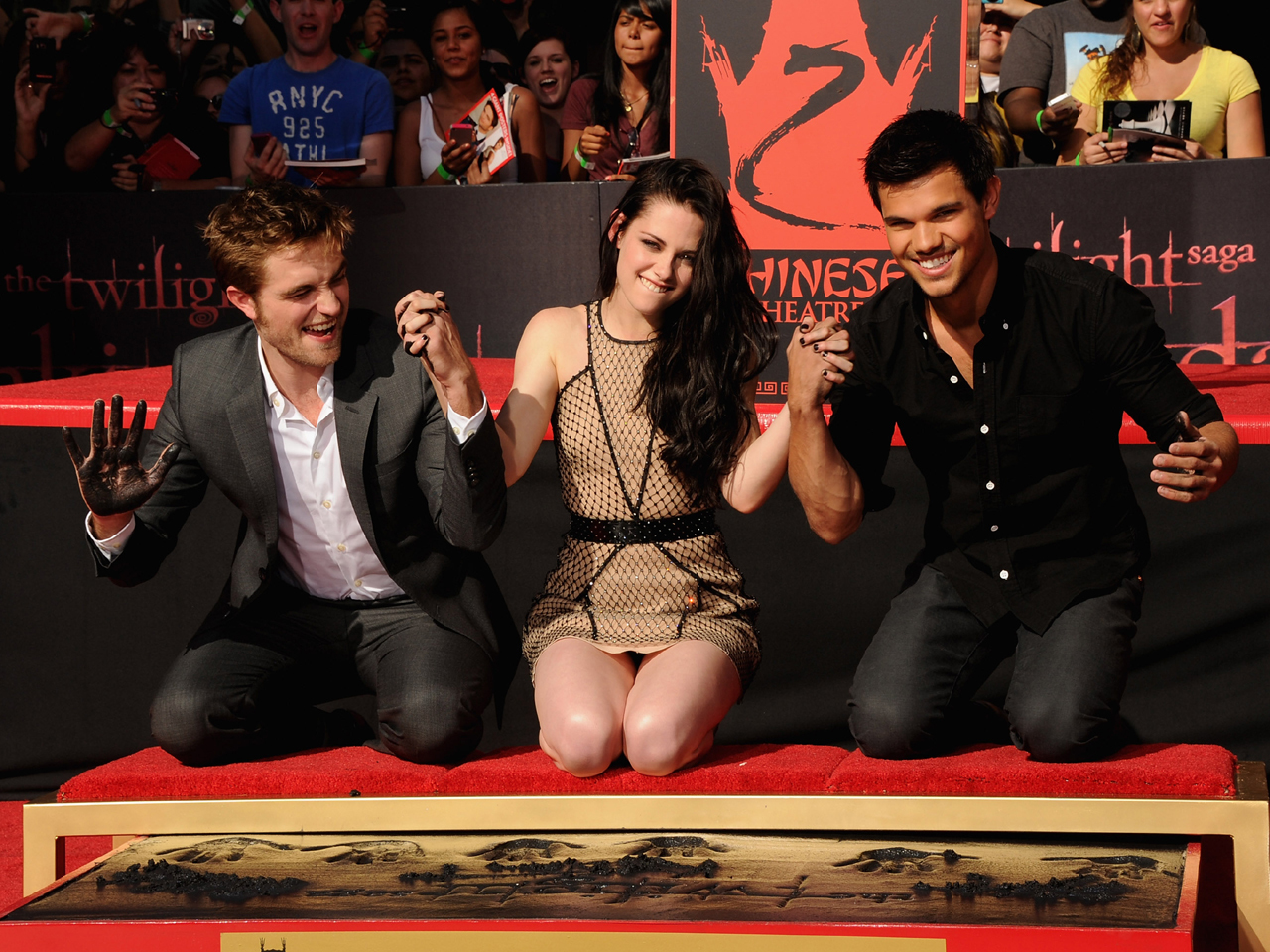 (CBS) Robert Pattinson, Kristen Stewart and Taylor Lautner got their hands - and shoes - dirty on Thursday, when they made their mark in cement outside Grauman's Chinese Theater in Hollywood.

The actors placed their hands, footprints and signatures in cement at the ceremony, which was held in anticipation of the Nov. 18 release of "The Twilight Saga: Breaking Dawn - Part 1."

According to E! Online, Jimmy Kimmel and "Twilight" series author Stephanie Meyer were on hand to introduce the trio.

"I think this is the coolest thing I've ever done in my life," Stewart told the crowd. "This is insane that I'm doing this."

"There are a few moments that mean so much, it's really even hard to explain, and this is definitely one of those," Lautner said.

"This is incredibly scary," Pattinson joked. "I also forgot how hot L.A. was. I shouldn't have worn a suit."

He added, "This is such an incredible honor."

After the speeches and the cement ceremony, E! reports, the three actors signed autographs for the fans surrounding the theater.

Tell us: Will you see the latest "Twilight" film?