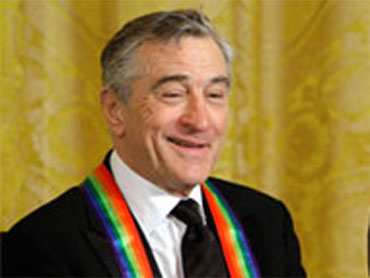 Robert De Niro is set to play Vince Lombardi in an upcoming movie.

ESPN announced Tuesday that the Academy Award-winning actor has agreed to play the Hall of Fame coach in the film it is developing with Andell Entertainment and the NFL.

"Lombardi" will chronicle the years in which the legendary coach transformed the Green Bay Packers from the NFL's worst team to league champions. It is tentatively scheduled to be released in 2012 during the weekend between the conference championship games and the Super Bowl.

Screenwriter Eric Roth, who won an Oscar for "Forrest Gump," has also signed on to the project. De Niro's Tribeca Productions will join the producing group. A director has yet to be chosen.