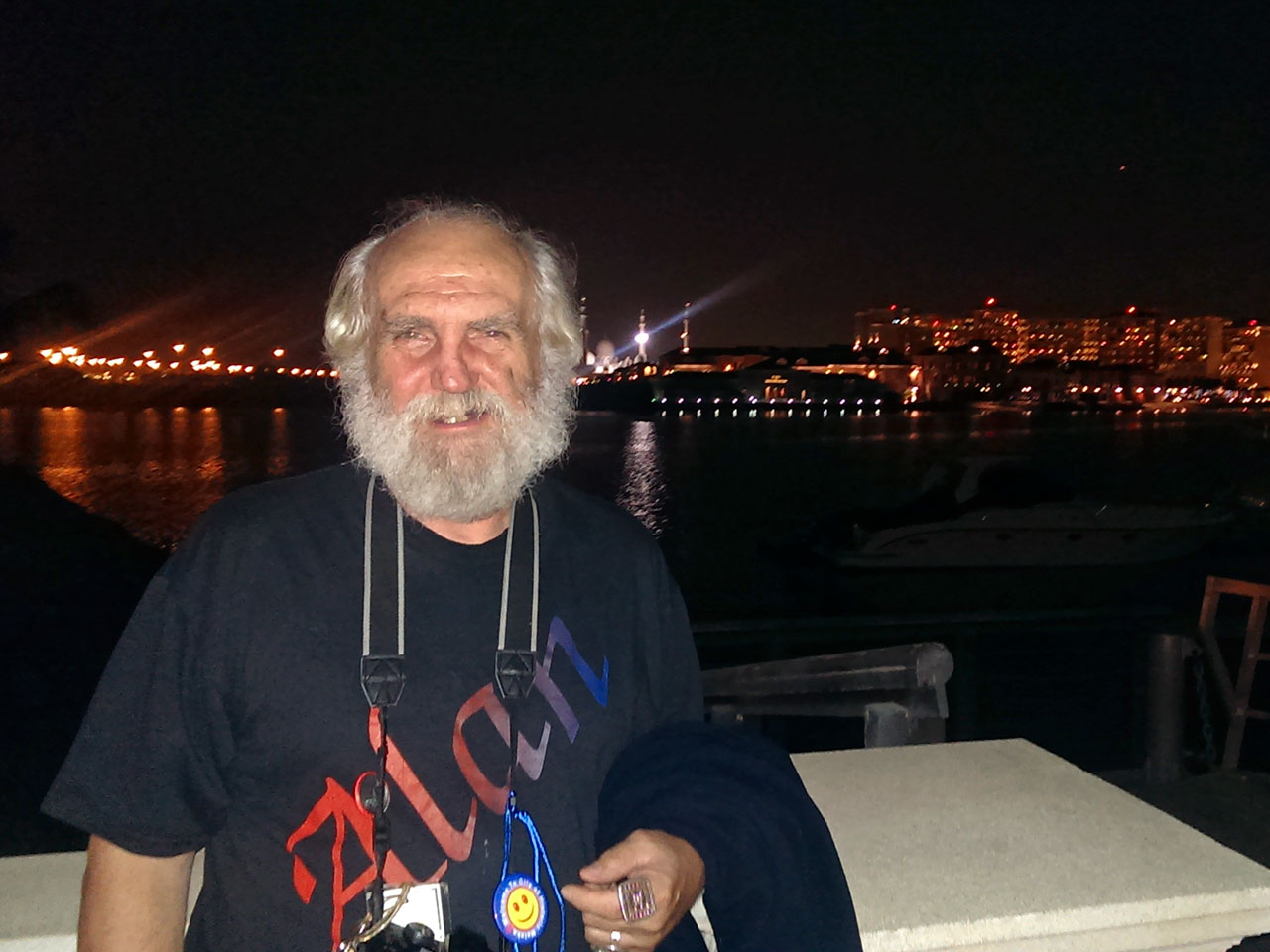 DUBAI, United Arab Emirates - A 70-year-old American man who came to the United Arab Emirates to speak at a conference on creative thinking was arrested last month for taking a photograph of a subject deemed off-limits by authorities, his daughter and a friend said Monday.

Robert Alan Black is the latest foreigner to be arrested for breeching rules limiting what can be photographed in the oil-rich Gulf federation. The country is an important American ally that boasts cutting-edge architecture, including a vertical disc-shaped office building and the world's tallest tower.

Black's daughter, Jessica Beasley, said she is concerned about her father's health in jail and believes any inappropriate pictures that the Athens, Georgia, man may have taken were unintentional.

She said she spoke to him by phone twice briefly since his arrest on Oct. 21.

"He took a photo where he was not supposed to. He's very remorseful," she said her father told her from al-Wathba prison in the Emirati capital, Abu Dhabi.

Black suffers from diabetes, high blood pressure and high cholesterol, Beasley said. She said an American consular official has visited him and confirmed he is receiving medical treatment.

The U.S. Embassy said it was unable to comment on the case Monday due to privacy limitations. Abu Dhabi police officials could not immediately be reached for comment.

A number of foreigners have been prosecuted by a state security court in recent years for taking pictures of subjects deemed prohibited by Emirati authorities, such as palaces or embassies.

In several cases, the defendants denied knowingly breaking the law or said they were intending to photograph a nearby structure rather than the prohibited facility. Photographing or filming restricted areas can be punishable by fines and jail time under Emirati law.

Black is an architect by training and is an avid photographer of buildings, said friend Rosemary Rein. She and Black were in Abu Dhabi to speak at the Creative Thinkers Conference.

Family and friends don't know what charges Black could face or when his case will be heard, and he has yet to see an attorney, Rein said.

An Emirati court last year sentenced eight people, including an American, to up to a year in prison for their role in producing a satirical video about youth culture in Dubai that prosecutors said defamed the country's image. The American, Shezanne Cassim, was released within weeks of the verdict, after having already serving nine months behind bars.