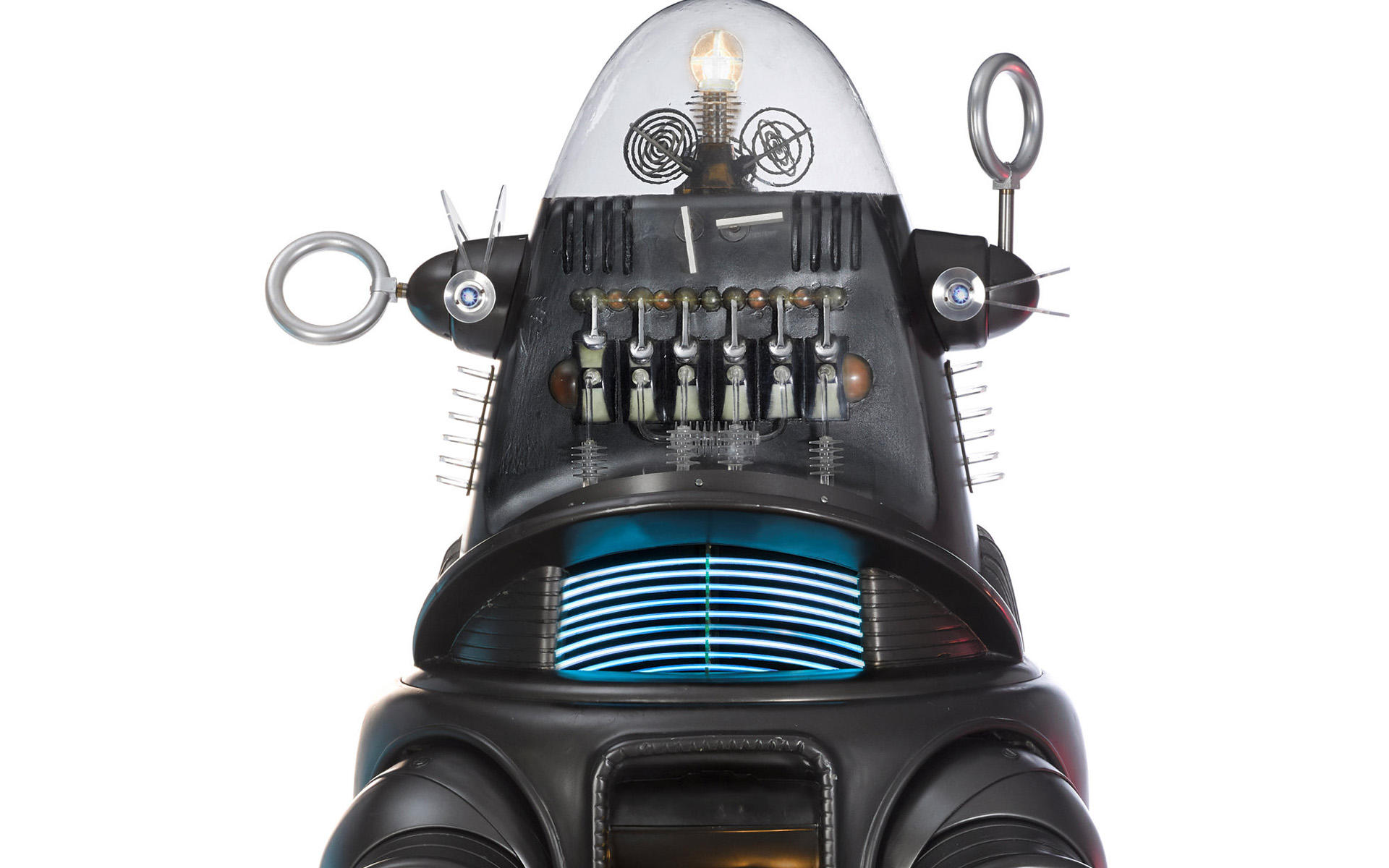 "Robby the Robot" – from the 1956 sci-fi classic "Forbidden Planet" – was sold for $5.375 million – a record price for a movie prop, the Bonhams New York auction house said Tuesday.

That topped the previous marks of $4.6 million for both Marilyn Monroe's white dress from "The Seven-Year Itch" and the original 1966 Batmobile, Bonhams said.

"One of the most iconic sci-fi figures to appear on the silver screen," Bonhams said, "seven-foot tall Robby the Robot captured the imagination of audiences everywhere in 'Forbidden Planet' as the devoted servant to Professor Morbius, one of the few inhabitants of the distant planet Altair IV. Conceived and built by a team of MGM designers for the 1956 film, including Mentor Huebner and Robert Kinoshita, Robby's groundbreaking appearance broke away from earlier clunky "tin-can" designs for movie robots."

According to The New York Times, "Robby went on to have a lengthy career, appearing in "The Twilight Zone," "The Addams Family" and other programs."