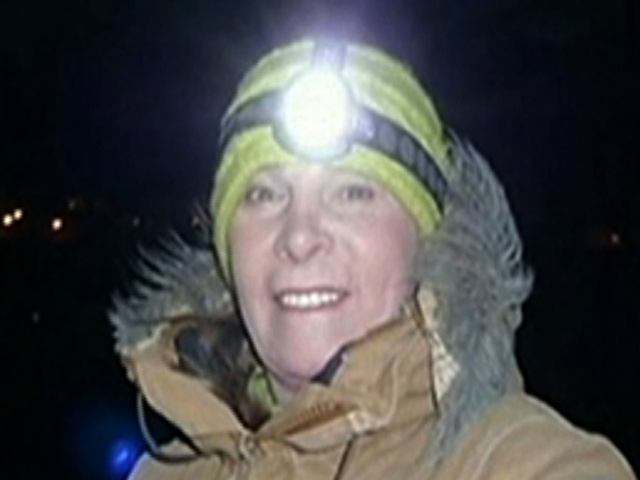 CONCORD, New Hampshire -- A cargo plane was to have left on a risky trip to the South Pole Saturday morning to evacuate a sick engineer.

The plane flew from Chile to the United Kingdom's Rothera Base in in Antarctica Friday afternoon Eastern time, the National Science Foundation said.

It was to head for the foundation's South Pole research station Saturday to pick up Renee-Nicole Douceur and take her first to the foundation's McMurdo station in Antarctica, then on to New Zealand which is, CBS News Correspondent Betty Nguyen pointed out on "The Early Show on Saturday Morning," the closest place with advanced medical facilities.

Douceur, of New Hampshire, is a manager for research station contractor Raytheon Polar Services Co. She asked for an earlier emergency evacuation after having what doctors believed was a stroke in August. Doctors she contacted for a second opinion say a tumor may have caused her medical problems, including faulty vision and speech and memory difficulties.

After initially having half her field of vision vanish, Douceur, 58, said she can now read if she concentrates on just a few words at a time. She sometimes jumbles words and has had trouble remembering simple lists of words during medical evaluations.

Her lawyers sent a letter in early September to Raytheon, Ngueyn notes, telling the contractor, "Ms. Douceur's chances of full recovery are reduced (or perhaps impossible) if she is not moved quickly."

But officials rejected her request because of bad weather, saying that sending a rescue plane was too dangerous and that her condition wasn't life-threatening.

Brutal South Pole conditions this time of year make flying dangerous if not impossible, Nguyen explains, with temperatures and wind conditions that can render planes inoperable.

Raytheon spokesman Jon Kasle said Tuesday that the decision to evacuate Douceur rested with the National Science Foundation, not Raytheon.

The foundation says it must balance the potential benefit of an evacuation against the possibility of harm for the patient, the flight crew and workers on the ground.

In October 1999, a U.S. Air Force plane flew to the station to rescue Dr. Jerri Nielsen FitzGerald, who had diagnosed and treated her own breast cancer for months before her evacuation. After she had multiple surgeries in the United States, the cancer went into remission, but it returned. She died in 2009 at age 57.

Douceur, who has worked at the South Pole for about a year, told The Associated Press Tuesday she understands the risks involved in arranging an evacuation. She said she wanted to take advantage of a good weather window.

"There's an opening," she said, "but if they don't make that opening then it's probably going to be pushed on to next week before I get a chance."

Her family set up a website seeking support for her cause.

She remarked to Discovery News that, "They have been making decisions based on budgets. Isn't a stroke a serious thing?"

Freelance journalist Eric Niiler, who's been to the South Pole and has covered this story for Discovery News, said on "The Early Show on Saturday Morning" that the rescue is expensive. "Previous rescues," he says, "have cost upward after $1 million, when you look at all the deployment of individuals, you know, across the globe, from Chile to this British base, all the way over to New Zealand."

And, he added, whether or not to try to evacuate Douceur is "really a tough call. Do you put a lot of people at risk to save one person? If Renee had had a situation that was easy to diagnose and she would die within a couple of days, maybe the decision would be the other way. Lots of pilots (were) being prepared for this mission ... and there is a lot at stake."

"There are three really important things right now for the pilots," Niiler explained. "Number one is cold. Number two are the winds. And number three is visibility. Right now ... it's minus 70 degrees Fahrenheit (at the base) with a wind chill of negative 104 degrees. ... The folks working down there, the scientists and the other workers, they're inside and they're not spending a lot of time outdoors. But, for pilots who have to land a plane, refuel, pick up the passengers and any cargo, turn around and fly out again, it's extremely dangerous."

The landing is particularly risky, Niiler says, noting that, "You can't get out there with a bulldozer to make a nice soft runway, a nice flat runway. There are gusting winds. There are winds that pick up this very fine crystals that are in the air. In fact, that's the conditions right now. The other thing that we've got to talk about is the jet fuel, the aviation fuel. It freezes at a certain temperature. Now, you can add additives and things in there, but this stuff turns into something like motor oil and if that happens, the plane is, you know -- it's really tough."