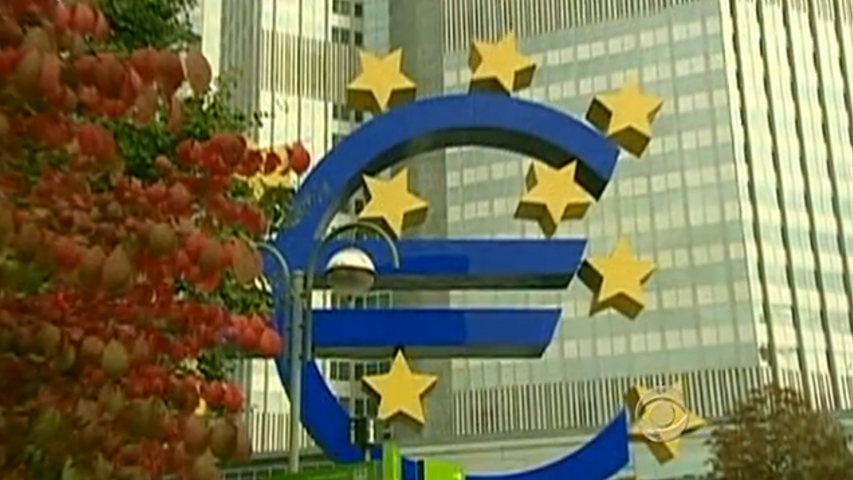 (MoneyWatch) The Dutch government's collapse is another indication that Europe's voters and politicians are increasingly skeptical that what is best for the EU is also best for their nations. Driving this resurgent nationalism is mounting public anger over the tax hikes and spending cuts that Brussels has prescribed to end the the debt woes battering the region -- policies that, at least in the short-term, have failed to stop the crisis.

Recent elections in several countries have proven the appeal of far-right candidates, who typically are campaigning against these austerity measures. In a rare case where such nationalists and liberal European leaders agree, left-leaning politicians, such as French presidential candidate Francois Hollande, also oppose how austerity is being imposed. One potential effect of this dissent -- a surge in bond prices as global investors grow anxious over the prospect of electoral victories by anti-austerity candidates.

Signs of this conflict flared Monday when Holland prime minister Mark Rutte resigned after a key political ally refused to go along with plans to cut the Dutch government's debt below 3 percent. "We don't want our pensioners to suffer for the sake of the [EU] dictators," said Geert Wilders, who warned that a slavish adherence to European rules was foolish and would harm the Dutch economy. No date for elections in The Netherlands has been set, but lawmakers are calling for them to be held as soon as possible.

Over the weekend, French voters also sent a strong message to President Sarkozy, giving him only 27 percent of the vote in the first round of elections. Sarkozy has been strong supporter of the EU and of austerity. With his socialist opponent, Hollande, getting 28 percent of the vote, Sarkozy must now appeal to the 18 percent of voters who backed Marine Le Pen of the far-right National Front party. In Austria, the far-right Freedom Party is doing well in the polls.

Nationalism is not just surfacing on the right, however. In Greece, polls suggest that right- and left-wing parties opposing austerity are likely to pick up at least half of the votes in the May 6 general election. Voters in Finland have also flocked to anti-EU parties on both sides of the political spectrum. Meanwhile, political turmoil has brought down governments in Slovakia and the Czech Republic that supported the EU.

Skittish investors are already withdrawing their funds from nations that they fear can't cut their budgets in accordance with EU demands. If foreign holdings in Spain continue to decrease at the current rate, they would hit zero in June 2013, according to research from Rabobank. And this despite a government that appears fully committed to the EU.