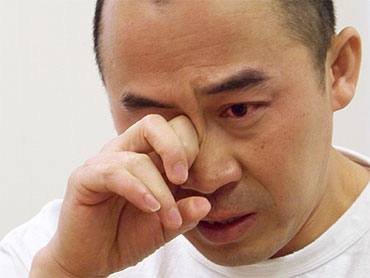 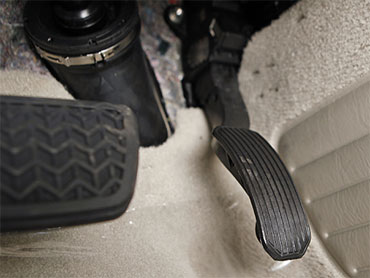 (AP Photo/Paul Sakuma)
LINO LAKES, Minn. (CBS/AP) On June 10, 2006, Koua Fong Lee's car shot up an exit ramp at a speed police said was between 70 and 90 miles per hour. His car hit an Oldsmobile on the ramp, killing three people.

"I know 100 percent in my heart that I took my foot off the gas and that I was stepping on the brakes as hard as possible," Lee said in an interview yesterday at the state prison in Lino Lakes, north of Minneapolis.

The car he was driving was a Toyota.

A jury found Lee guilty of criminal vehicular homicide for the deaths of Javis Adams, Javis's 10-year-old son, Javis Jr., and Javis's 7-year-old niece Devyn Bolton. A judge sentenced him to eight years in prison, and Lee has been serving his time since 2007.

Photo: Gas pedal from a recalled Toyota Camry. This is not the car or model that Lee was driving.

The acceleration problems plaguing numerous Toyota models are now well-known, and the rounds of expanding recalls have damaged the auto maker's reputation, but when Lee's car was examined after the accident, Lee was "told that nothing was wrong with the brakes."

The model Lee was driving, a 1996 Camry, has not been recalled by Toyota, but Lee's accident is among a growing number of cases, some long resolved, that are getting new attention since Toyota admitted its problems with sudden acceleration were more extensive than originally believed.

The family members of those killed in the accident, who condemned Lee at his sentencing, now believe he is innocent and are preparing a lawsuit against Toyota. Phil Carruthers, who prosecuted Lee, says that if Lee's car was defective, "We don't want an innocent man sitting in prison." Toyota had no comment on Lee's case.