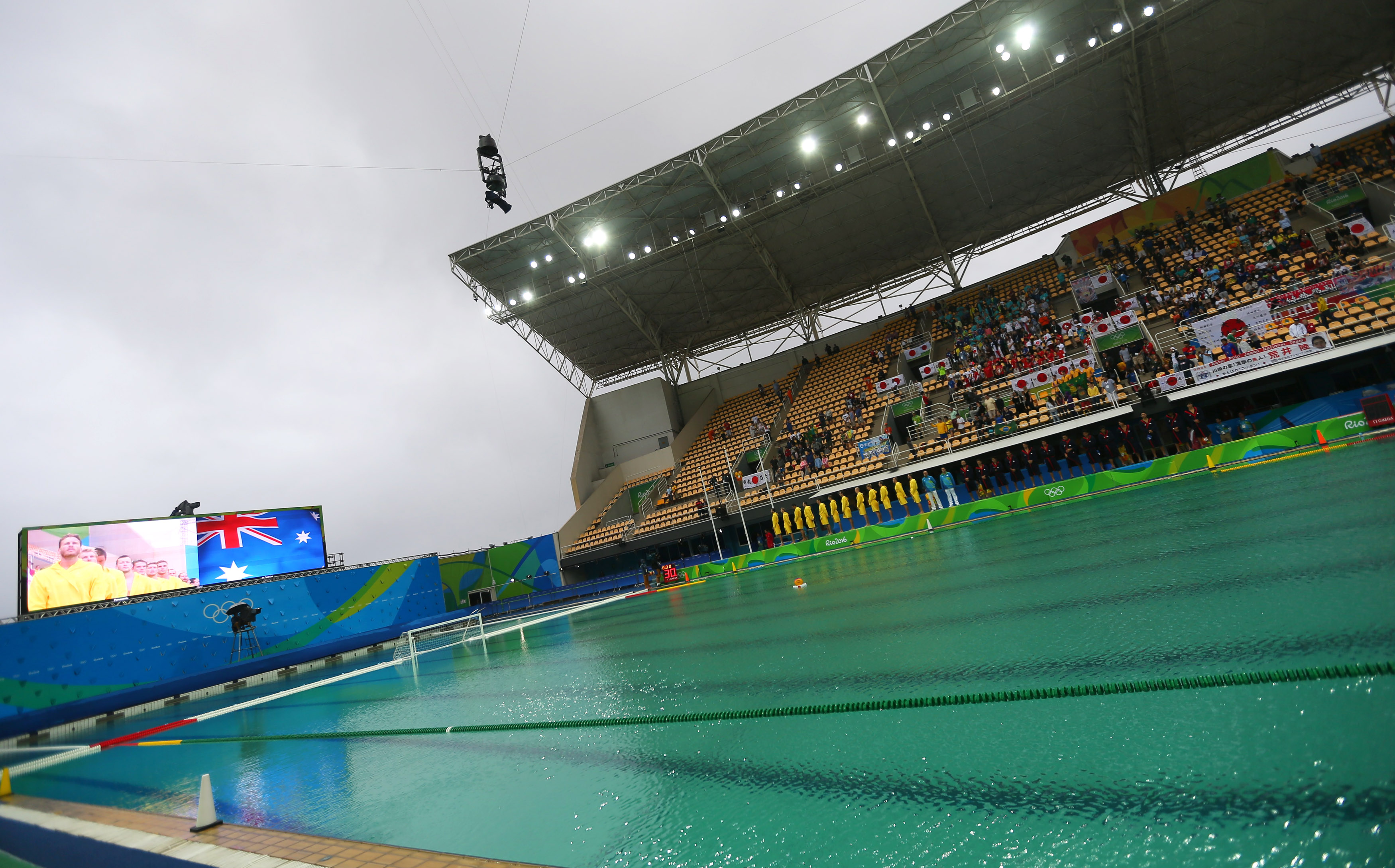 RIO DE JANEIRO - Olympic officials have given up on cleaning the green-tinged water in one of the pools at the Maria Lenk Aquatics Center, so they'll drain it and transfer nearly 1 million gallons of clear water from a nearby practice pool in time for the start of synchronized swimming.

Mario Andrada, a spokesman for Rio 2016, said the "radical measure" was necessary to ensure clear water for both judges and competitors during an event that requires athletes to spend much of their time underwater.

He stressed again that the kale-colored water posed no risk to the health of the athletes. An adjacent, smaller pool will continue to be used for the diving competition, even though it remains murky. American diver Abby Johnston has dubbed it "the swamp."

"Of course it is an embarrassment because we are hosting the Olympic Games," Andrada said. "It should be light blue, transparent. We could have done better in fixing it quickly. We learned a painful lesson the hard way."

Gustavo Nascimento, the director of venue management for Rio 2016, said the entire operation will take 10 hours - six to drain the dirty water out of the competition pool and four to bring in the clean water using pumps and hoses. He said it should be completed by 7 a.m. Sunday, four hours before the scheduled start of the first synchronized swimming event of the games.

The larger pool had been used for water polo preliminary games. That sport was scheduled all along to move to the 15,000-seat Olympic Aquatics Stadium after the final session of swimming Saturday night.

The water in the diving well turned a dark shade of green on Tuesday, and the larger pool began to turn the same color the following day. While the color of both pools seems to be returning to normal, Nascimento said there was not enough time to complete the cleaning process by Sunday.

He blamed a contractor for mistakenly dumping hydrogen peroxide into the pool late last week, which caused an adverse reaction when it mixed with chlorine. The dirty water will be disposed of using the city's sewage system, which has already come under intense scrutiny for dumping untreated waste into water that is being used for rowing, canoeing, sailing, triathlon and open water swimming.

There are two warmup pools at Maria Lenk, and neither was affected by the issues inside the stadium. The one used by water polo teams will be drained since it won't be needed after Saturday, while the synchronized swimmers will continue to have use of their practice pool.

Some divers have said the green water actually helps them during competition by giving them a contrast with the blue sky when they're spinning through the air. No one has complained of any problems diving into the water, though there have been plenty of snarky posts on social media. After the diving pool was closed for a schedule practice session Friday, Germany's Patrick Hausding posted a couple of pictures, one holding his nose with the caption "Good morning from the green lake!"

Andrada stressed that Rio officials had been able to solve myriad issues plaguing the games, but conceded they were out of short-term options when it came to the green water. A day before, he attempted to explain trouble fixing the water by declaring that "chemistry is not an exact science."

"This is probably the only problem we were unable to solve quickly," he said. "The embarrassment won't last forever."

Rio officials are also dealing with another aquatics venue mishap.

The starting platform for the open water course broke into three pieces in bad weather, forcing the cancellation of practice Saturday at Fort Copacabana. A backup platform is set to be brought in for the women's 10-kilomter race Monday.