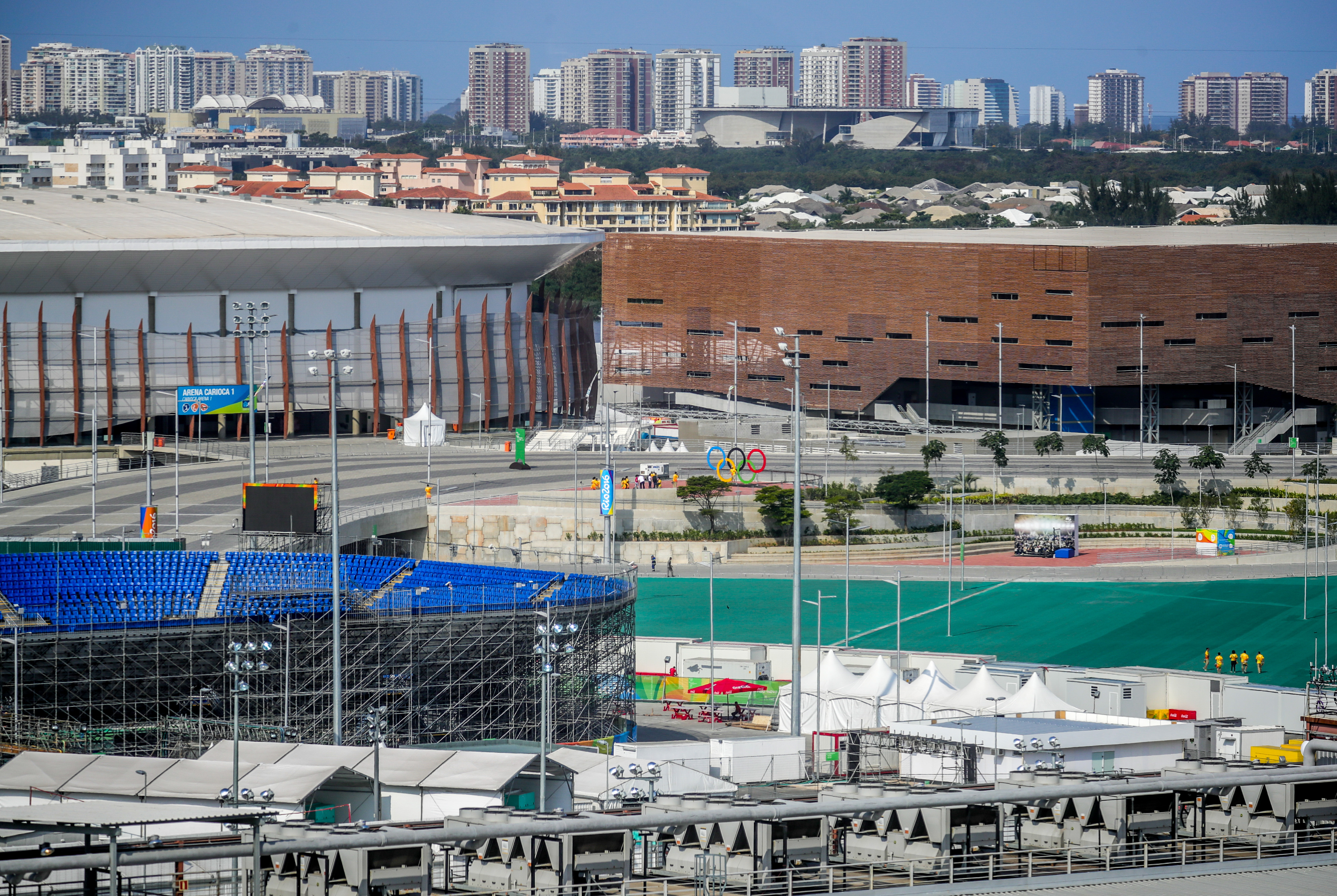 When Rio won the right to host the Olympics back in 2009, a throng of Brazilians were bouncing on the beach. It was their chance to show the world that Brazil had arrived.

But then the worst recession in 25 years hit and unemployment shot up, alongside billions of dollars' worth of Olympic venues, reports CBS News correspondent Ben Tracy.

Felipe Paiva lives in one of Rio's poor neighborhoods known as favelas.

"All this money being spent on the Olympics - is anything getting better for you or the people in the favelas?" Tracy asked Paiva.

"The investment is not for us, it's for the foreigners," Paiva replied.

The official cost estimate of the Rio Olympics is $12 billion, but many experts say it could eventually top $20 billion. At the same time, Rio has cut spending on health care and education, the police have gone unpaid for weeks at a time, and at least 20 percent of the population here lives in favelas.

According to Andrew Rose, an economist at UC Berkeley, "hosting the Olympics is just a terrible idea" because nearly every Olympics is grossly over budget and leaves the host city with billions in debt.

So why do so many cities take up the deal?

"Most of the time, the people who are in charge of bidding and getting the Olympics are not around when the bill comes to pay for them," Rose said. "The Olympics entails building a large number of facilities that are essentially never used again."

The list is legendary. Empty and rotting Olympic facilities now span the globe. The only thing swimming in the Aquatic Center in Athens are frogs. Beijing's rowing and kayaking course is bone dry, and it's famed Bird's Nest Stadium has been used most often as a nearly half-a-billion-dollar track for tourists on segways.

The Sochi Winter Games were Russia's show of force - and estimated $55 billion made it the most expensive games ever - and made cost a big concern for future hosts.

Eleven cities bid on the 2004 summer Olympics, but just five offered to host the 2020 games. Only two cities wanted the 2022 Winter Olympics - Almaty, Kazakhstan and Beijing, which actually hosted the games - both with major human rights issues.

The International Olympic Committee has now reformed the bid process, encouraging more "reuse and renovation" of facilities versus insisting on brand new stadiums.

Rio is touting so-called "legacy projects," including a nearly $3 billion subway extension and a modernized airport, but promises to clean up Rio's notoriously polluted water never happened. And in a city that's already broke, many worry the shiny new Olympic Park will go dark after being used for just 17 days.