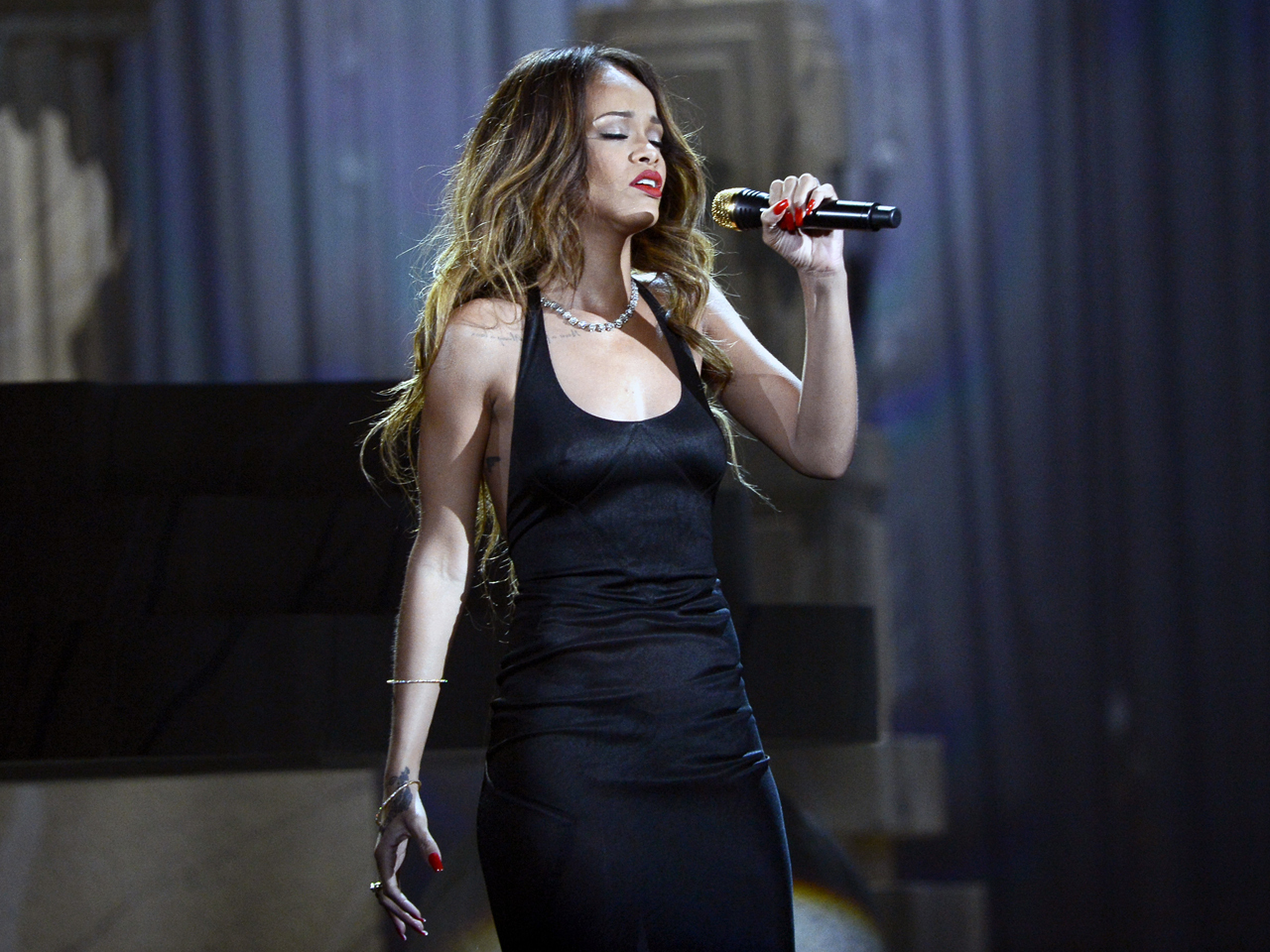 Rihanna strips down -- emotionally and physically -- in the new music video for the ballad "Stay."

In the video, released Monday, the singer is shown in a bathtub, wearing minimal makeup, while dueting with Nashville-based singer Mikky Ekko.

"The video was really, really simple. I pretty much stayed put in a bathtub, and we shot it really tight, really close," she told E! News, adding, "It's a very emotional song and it's personal, so you just think about...it's almost like telling a story, and when you tell a story, even to yourself--if you're saying it out loud and expressing how you feel--it needs to be powerful because it needs to be authentic."

Rihanna performed the song at the Grammy Awards on Sunday, and also during a November appearance on "Saturday Night Live." "Stay" comes off her latest album, "Unapologietic."