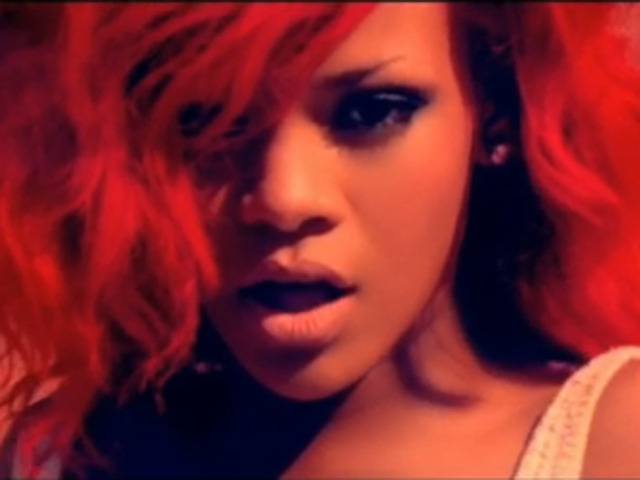 The excitement doesn't stop there either. It's her 10th Number 1 single.

According to Billboard,the singer broke several records in the process. Rihanna, 23, now becomes the youngest artist to have 10 no. 1 songs as well as the ninth artist to reach this accomplishment. The achievement also marks the shortest span between an solo artist's first no. 1 single to his or her  tenth no. 1 single, with a stretch of 4 years, 11 months and 2 weeks. Her 2006 single "SOS" was her first no. 1 single on the chart. She now only trails the Beatles and the Supremes for the quickest accumulation of 10 no. 1's.

The kinky-yet-catchy tune shot to the top spot, with some help from Britney Spears who was featured on the remix. She knocked  BFF Katy Perry and Kanye West's "ET" out of the no.1 spot, which they had held for three weeks.

The singer said she wasn't kidding about her S&M tendencies in a recent interview with Rolling Stone.

"I like to take charge, but I love to be submissive," she says.

"S&M" is the third single off of 'Loud," the Barbadian singer's fifth album and is her third consecutive song to take the No. 1 spot after "Only Girl" and "What's My Name?"