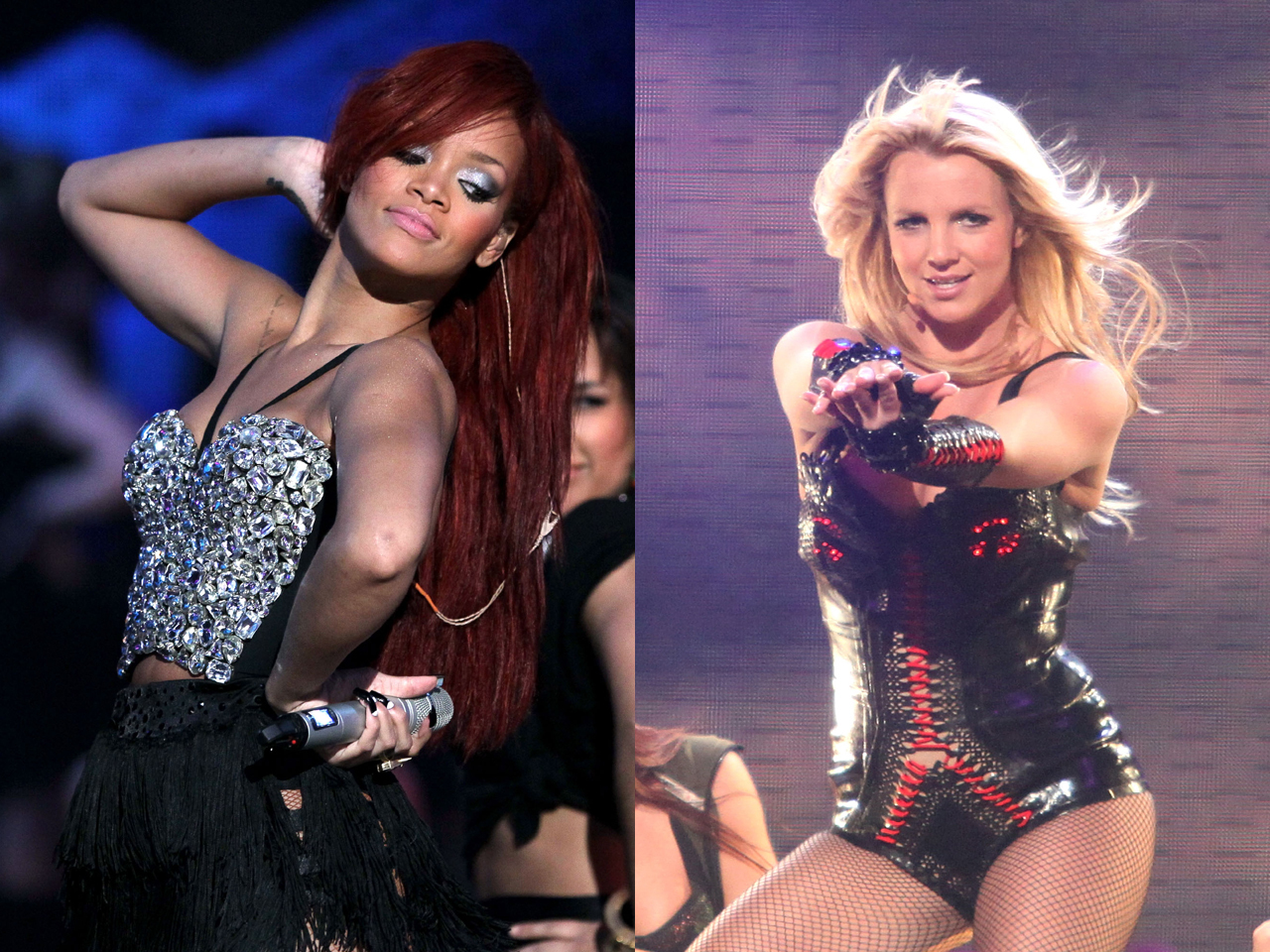 (CBS) As if Rihanna's song "S&M" couldn't get any hotter, Britney Spears has joined the singer for a remix.

In the song, Spears not only sings a chorus but she contributes an new verse to the hit.

The collaboration was first teased by the duo less than 24 hours before it was aired when Rihanna tweeted ""I got a #SEXY collabo comin your way supa dupa soon!!!! OH YEAH!!! By popular demand..."

In an interview with Elvis Duran on Z100's morning show on Monday, Rihanna revealed the source of her brilliant idea - her fans. She said she asked her 4.4 million Twitter followers which artist they'd most like to see her collaborate with and the overwhelming answer was Spears.

"At first, we didn't know what the song was going to do because of the lyrics, but it became really big on radio and it's No. 1 at Pop this week. In order to do a remix, it had to be major," she explained. "I asked my fans last week who they wanted me to collaborate with, and Britney was one of the most popular names."

She continued "It's very strange: Britney never does features. It was really amazing that she really wanted to be part of this song. She really liked the song to begin with, but it was a different story when she had to sing it, and she really wanted to be a part of it. It made it really special, because you never see two pop female artists doing songs together anymore. Just call us 'R&B.' "

Rihanna is not the only one to grace Spears' fans with her talent - E! Online confirmed that hip-hop diva Nicki Minaj will join Spears on her summer tour as the opening act.

The Rihanna-Spears duo seemed to be pleased with the result, Rihanna calling Spears a "gangsta" in her tweets and Spears responding "You ain't so bad yourself, honey."

Listen to the "RIHmix" on Z100's website and tell us your thoughts in the comments below.