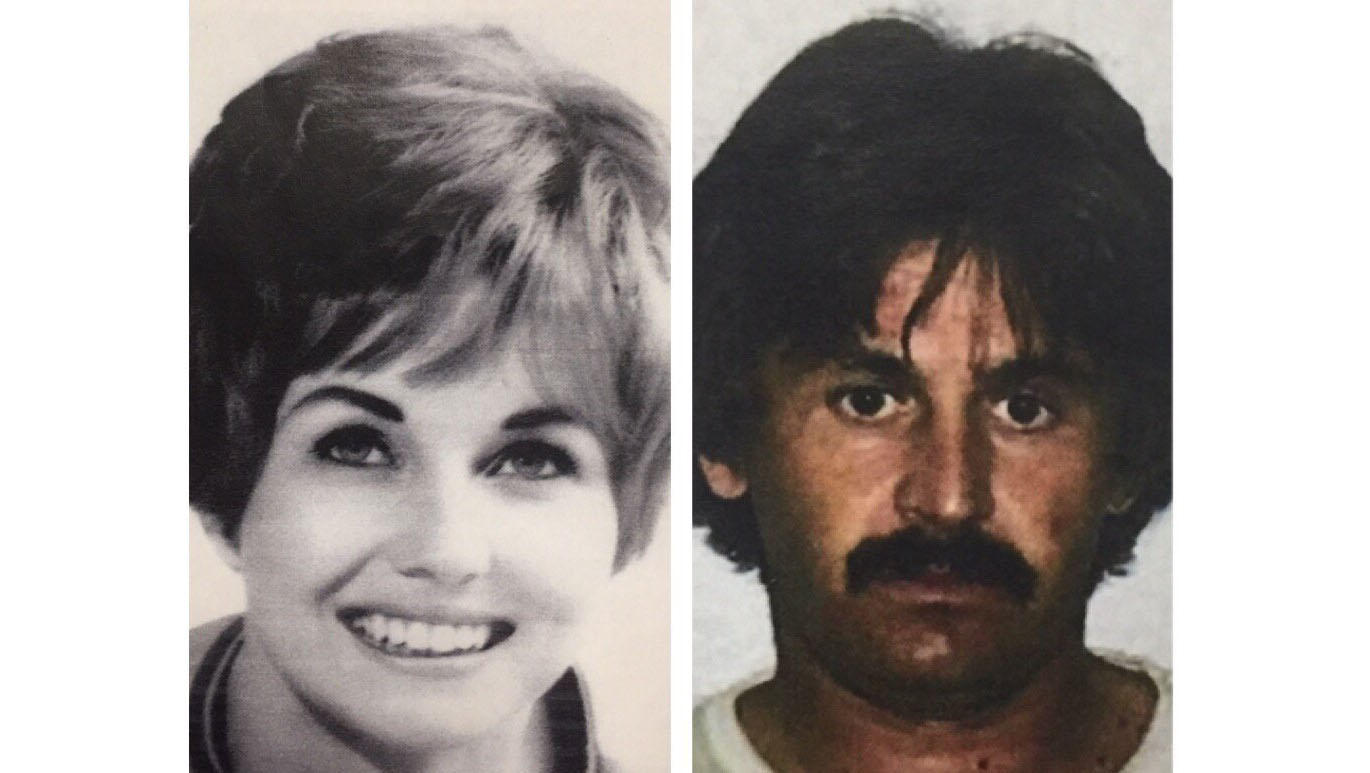 LOS ANGELES -- More than four decades after the ex-wife of Righteous Brothers singer Bill Medley was raped and killed, officials announced Monday they used DNA to identify a suspect in the slaying: a man who was killed by police in 1982.

The 32-year-old was attacked Jan. 30, 1976 as she returned to her home in the Hermosa Beach neighborhood, was sexually assaulted and strangled with her pantyhose. She never regained consciousness and died a few days later at the hospital.

Telling reporters he was “more rattled today than I’ve been for years,” Medley thanked law enforcement officers and said he had held out hope that Klaas’ killer would be identified, but had come to terms with the possibility that the slaying may never be solved.

“There’s been a voice in the back of my head – probably Karen’s – telling me since about 20 years ago to drop it, let it go,” Medley said. “This guy is either dead or in prison.”

Medley said he became “numb” when he learned the news and described it as an “out of body” experience. The arrest brought closure to a family that has struggled with questions for decades, Medley said.

“It’s been something we’ve been hoping for and speculating about for 40 years and all of a sudden they say, ‘We got him and here’s who did it,’” Medley said. “It’s just nice to be able to close the book on this.”

Investigators used a controversial DNA testing technique, known as familial DNA, to compare a sample of DNA that was collected at the crime scene and were able to identify a “first-degree relative” of Troyer, Sheriff’s Capt. Steve Katz said.

Officials would not identify the relative and would only say the sample they used was in a state database of convicted felons.

“It never ever would have happened without these wonderful people and DNA.” Medley said.

“Because of the familial DNA search, detectives were able to link Troyer’s DNA and positively confirm his identity as the killer,” McDonnell said Monday as he stood alongside Medley and more than a dozen other law enforcement officials. “Familial DNA search is the only reason Troyer was identified in this horrific crime.”

Troyer, who had been suspected of committing several other sexual assaults in California, was shot and killed by police after escaping from a California prison in 1982, McDonnell said. As investigators began to hone in on him as a possible suspect last year, they were able to obtain a sample of his DNA that was held in the Orange County coroner’s office and conclusively link him to Klaas’ slaying, Katz said.

Sheriff’s investigators, seeking help from the public in 2009, said two witnesses spotted a shaggy-haired, bearded man in a trench coat and blue jeans leaving the house, but the man was never seen again. Officials said they were able to cull together a DNA profile of Klaas’ killer but in 2009 said it hadn’t matched anyone in the national DNA database.

It wasn’t clear whether Klaas knew her killer. Medley, who described Klaas as “one of his best friends” after the couple divorced, told reporters he did not know Troyer.

Klaas’ sons were 5 and 10 at the time of the killing. Both stood by law enforcement during the announcement Monday.

“The most important thing is that the boys didn’t get to grow up with their mother,” Medley said. “She would have been an incredible grandmother.”