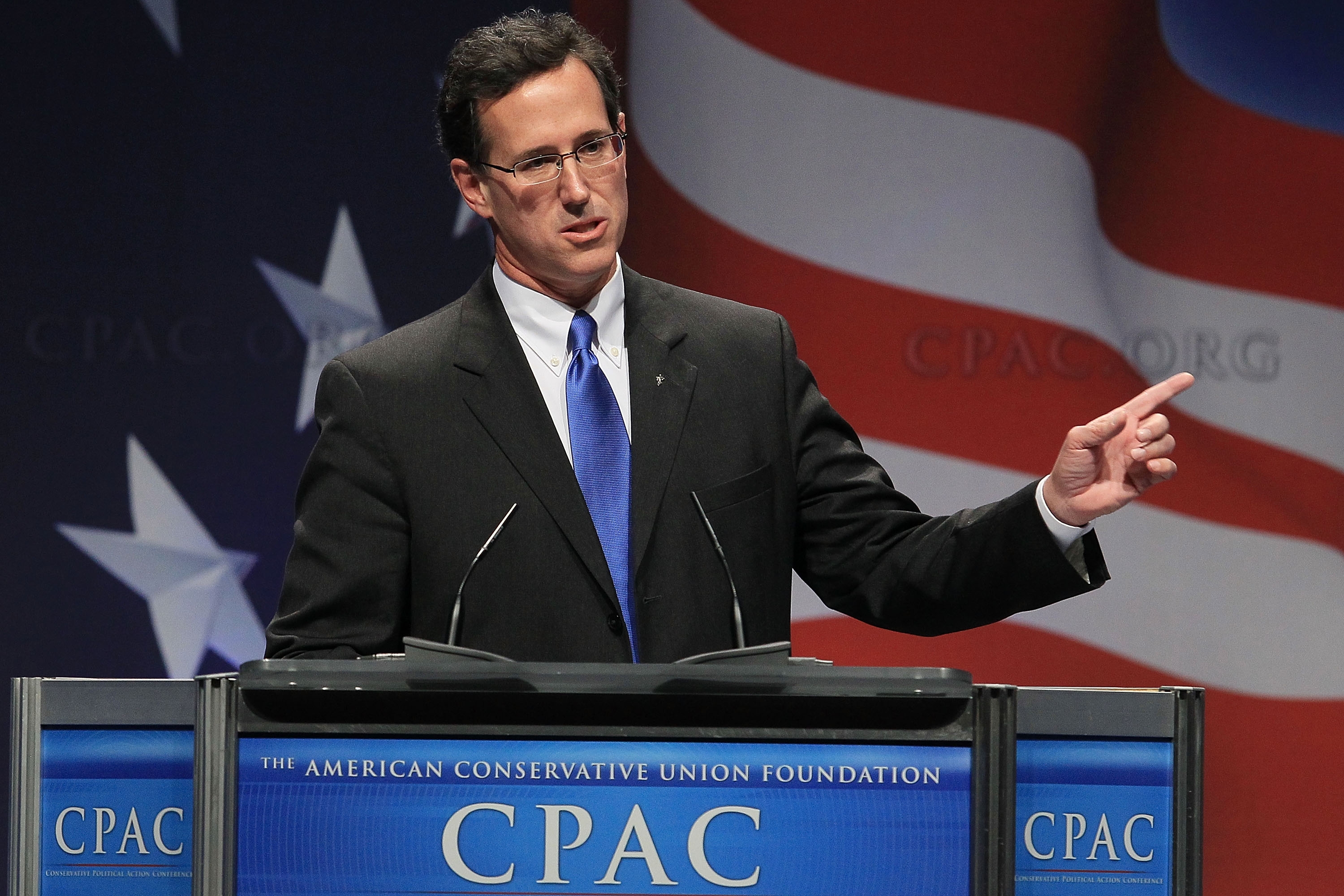 Potential 2012 Republican presidential candidate Rick Santorum said on a radio show Tuesday that the "abortion culture" in the United States is in part to blame for projected shortcomings in Social Security.

"The Social Security system, in my opinion, is a flawed design, period. But having said that, the design would work a lot better if we had stable demographic trends," Santorum said on WEZS Radio in New Hampshire. "We don't have enough workers to support the retirees. Well, a third of all the young people in America are not in America today because of abortion."

Twenty-two percent of all pregnancies (excluding miscarriages) end in abortion, according to the sexual and reproductive health research organization the Guttmacher Institute.

The former Pennsylvania senator is known for his socially conservative views, which could resonate with conservative voters in early presidential nominating states like Iowa. Earlier this month, he said he was "appalled'' that John F. Kennedy supported the separation of church and state when he was a presidential candidate in 1960.

Santorum on Tuesday commented on the perceived link between abortion and Social Security in response to remarks from a caller. America, Santorum said, is headed in the wrong direction because of "a policy that does not support families, does not encourage families to have children and to support them when they do have children."

"The second aspect, which is even more important, is the abortion culture in this country," he continued. "These demographic trends are causing Social Security and Medicare to be underfunded."