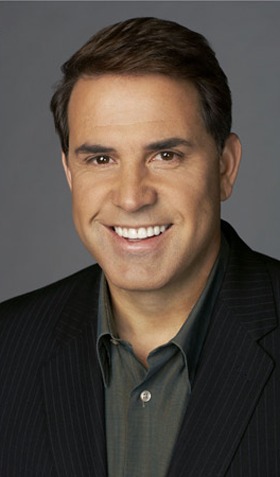 Update, 6:14 p.m. Eastern Time: CNN has released a statement that Sanchez "is no longer with the company."

"We thank Rick for his years of service and we wish him well," it reads. Original story below...

On a radio program on Thursday, Rick Sanchez, the CNN anchor and host of Rick's List, said he thought Comedy Central's Jon Stewart was a "bigot," and nd seemed to suggest that "everybody who runs CNN" is Jewish.

Sanchez, during the course of a 20 minute interview on comedian (and regular CNN contributor) Pete Dominick's SiriusXM radio show, spoke about the discrimination he has felt as a Cuban-American over the course of his career, and decried what he called "elite, Northeast establishment liberals" like Stewart and Stephen Colbert.

Stewart and Colbert, he said, are among those who say "I like black people and Mexicans as long as they're, 'here, let me tap you on the head. Way to go, Ricky, you're doing a good job.'"

"I think Jon Stewart's a bigot," Sanchez said. "I think he looks at the world through his mom, who was a school teacher, and his dad, who was a physicist or something like that. Great, I'm so happy that he grew up in a suburban middle class New Jersey home with everything you could ever imagine."

When asked by radio host Pete Dominick (who used to work as a warm-up comic for the Daily Show) against whom he thought Stewart was bigoted, Sanchez said, "everybody else who's not like him. Look at his show, I mean, what does he surround himself with?"

Dominick pointed out that as a Jew, Stewart was also a minority - to which Sanchez responded, snickering, "Please, what are you kidding?.. Yeah, a very powerless people."

"I'm telling you that everybody who runs CNN is a lot like Stewart, and a lot of people who run all the other networks are a lot like Stewart," Sanchez said. "To imply that somehow they, the people in this country who are Jewish, are an oppressed minority? Yeah."

Sanchez later tempered his comments, retracting his use of the word "bigot" and instead calling the Daily Show "essentially prejudicial - against anyone who doesn't agree with his point of view, which is very much a white liberal establishment point of view."

CNN has yet to issue a public statement addressing Sanchez's controversial statements, but the CNN anchor did not appear on his daily program on Friday afternoon.

Listen to the full interview below: