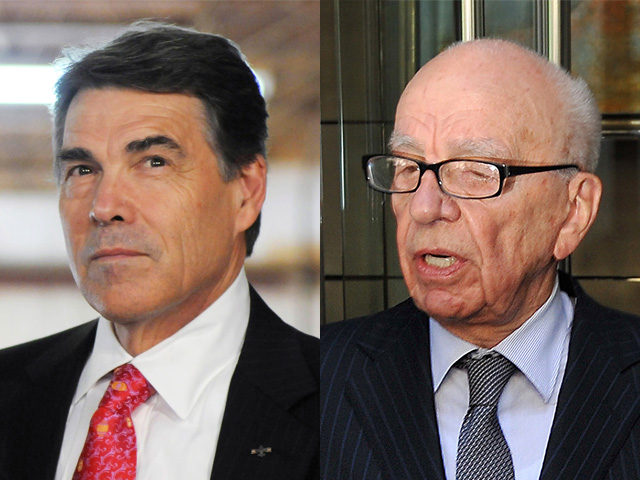 Perry, the popular Texas governor and a frontrunner for the GOP nomination, is in New York raising money from Hispanic and Jewish donors.

Murdoch, the founder, Chairman and CEO of the media conglomerate News Corp. - which owns Fox News, the Wall Street Journal and the New York Post, among other outlets - has come under international fire in recent months over reports of phone hacking by senior executives at his company.

Speaking to reporters in July, Perry brushed off questions about the propriety of Murdoch's contributions to the Republican Governors Association, which Perry headed at the time, calling it "rather premature" to judge him.

Additional reporting by Sarah B. Boxer, who is covering the Perry campaign for CBS News and National Journal