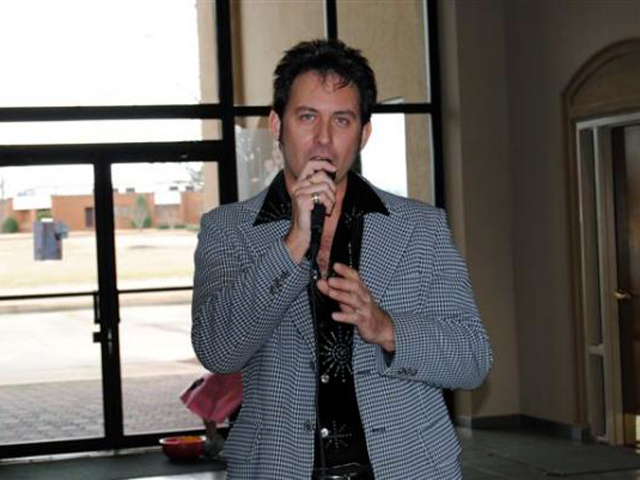 Paul Kevin Curtis, the suspect arrested for allegedly sending letters laced with ricin to President Obama and Sen. Roger Wicker, R- Miss., was charged Thursday with making threats against the president and other threatening communications via the Postal Service.

Wicker, meanwhile, told reporters Thursday that he had met the suspect before -- in fact, Curtis was an Elvis impersonator that Wicker and others hired for a party about a decade ago.

"I have indeed met the gentleman, yes, at a social event," Wicker said. "He's an entertainer, he's an Elvis impersonator. He entertained at a party that my wife and I helped give for a young couple that was getting married. It was quite entertaining."

Wicker said he talked to Curtis at the party.

"My impression is that since that time he has had mental issues and perhaps is not as stable as he was back then. But that would be speculation, on my part," he said.

Curtis appeared in U.S. District Court in Oxford, Miss., on Thursday to face his charges. If convicted, Curtis faces maximum possible penalties of 15 years in prison, $500,000 in fines and three years of supervised release.

The FBI, through laboratory testing, has confirmed the presence of the toxin ricin in these letters. Further forensic examination is being conducted. Ricin is a poison found naturally in castor beans, but the effects of ricin poisoning require ingestion, inhalation, or injection into the body. To date, the FBI is not aware of any illness as a result of exposure to these letters.

The letters Curtis allegedly sent were intercepted earlier this week, before ever reaching the White House or the U.S. Capitol. House Speaker John Boehner, R-Ohio, on Thursday thanked the law enforcement officials tasked with protecting the Capitol and the White House.

"The system worked as it was designed to work," Boehner said. "And as a result a potentially deadly substance was detected and thwarted off-site, just miles from the congressional office to which that letter was headed.

Threatening letters to the president and congressional leaders are not unusual -- their mail is processed at a facility about 10 miles outside of Washington in Landover, Md. The current security protocols -- which seem to be working exactly as they were set to do -- were put in place after the 2001 anthrax scare that targeted congressional leaders.

The three letters laced with ricin -- two sent to Wicker and one to Mr. Obama -- came from the Memphis area, and were sent the same day, April 8. The letters, CBS News has confirmed, said in part, "No one wanted to listen to me before. This must stop. To see a wrong and not expose it is to become a silent partner to its continuance. I am KC and I approve this message."