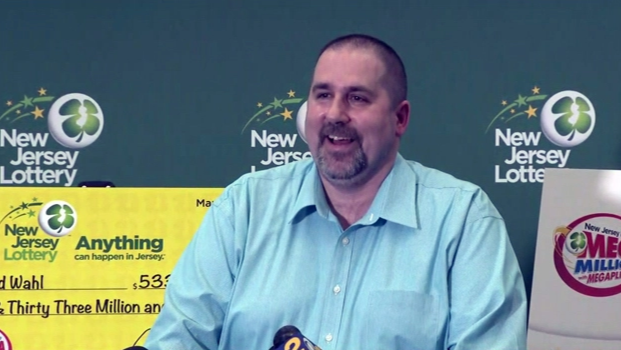 TRENTON, N.J. -- The winner of last month's $533 million Mega Millions jackpot is a New Jersey resident who moved to the state last summer. Richard Wahl was introduced Friday during a news conference at lottery headquarters.

According to CBS New York, Wahl plans to use the money to "do a lot of good things."

"For us, we believe God has a plan," Wahl said. "For us, the plan is to do a lot of good things with it. We'll be working with our financial team to make things happen. It's not only life-changing money for me, but I want it to be life-changing money for others — family, friends, people in need. So we're going to try to do some good things with that."

The 47-year-old production manager at a northern New Jersey food services facility took the cash option worth $220.7 million, after taxes.

Wahl bought the sole winning ticket for the March 30 jackpot at a Lukoil station. He says he's not a regular lottery player and has only purchased tickets a few times.

He said he moved from Michigan to Vernon, New Jersey, last July for work reasons, but didn't provide further details.

Wahl says he plans to retire. One of his dreams is to rebuild a 1963 Corvette.

It was the largest single jackpot winning ticket ever sold in New Jersey.

Mega Millions is played in 44 states plus Washington, D.C., and the U.S. Virgin Islands.