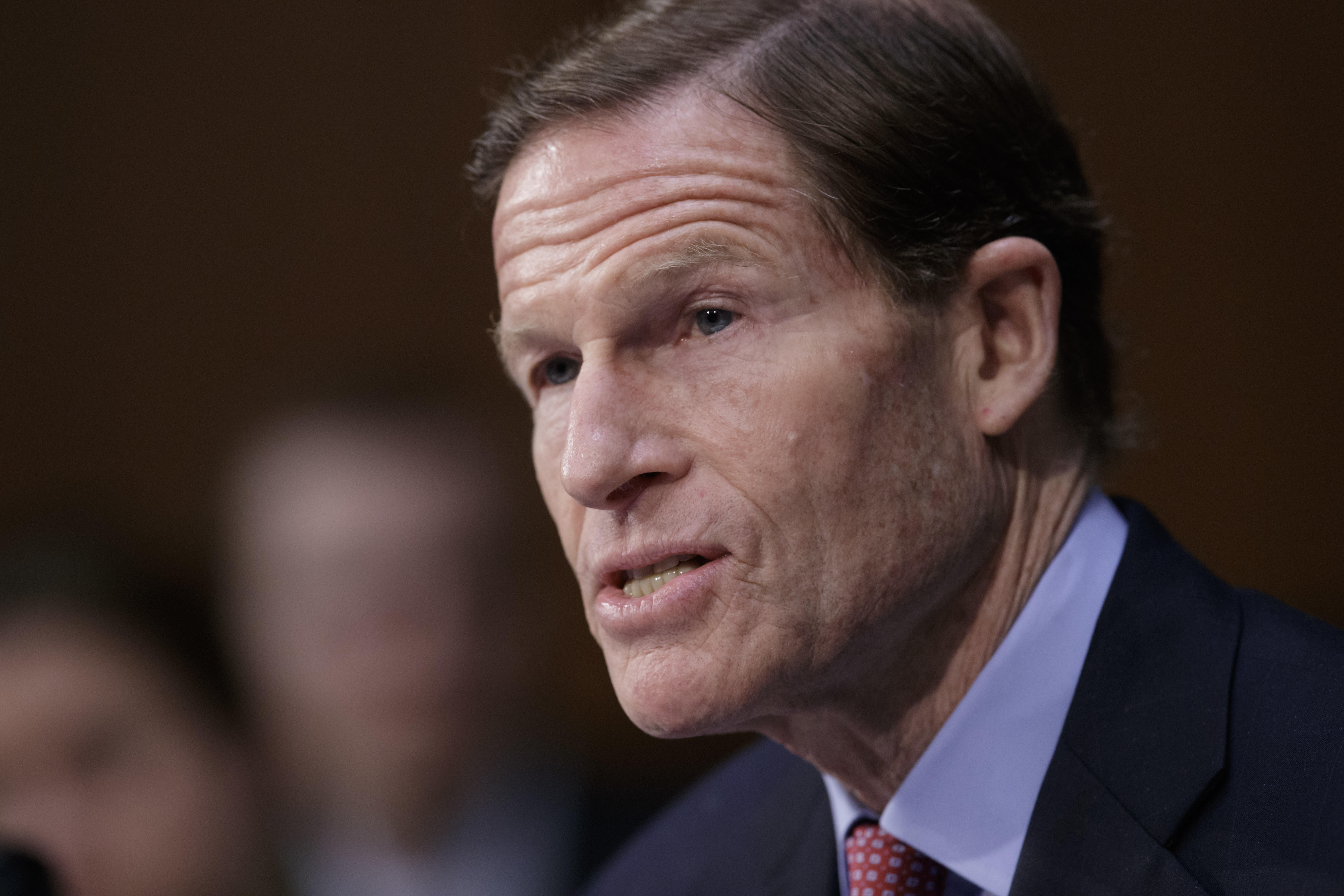 Sen. Richard Blumenthal on Monday responded to tweets posted earlier in the morning by President Trump in which he called the Connecticut Democrat a "phony Vietnam con artist."

Blumenthal tweeted that the president's "bullying" won't be effective.

In a series of tweets earlier in the morning, Mr. Trump, on his vacation in Bedminster, New Jersey, tweeted that it was "interesting" to watch Blumenthal talk about "hoax Russian collusion," given his background in Vietnam.

Blumenthal held a press conference in Hartford Monday morning to discuss the special counsel legislation that he is co-sponsoring. He was repeatedly pressed, however, on the president's tweeted attacks.

The Connecticut senator declared that that he was "not going to be distracted or bullied by these slurs." When asked whether they were slurs given that he admitted he misstated his service, he answered, "They are slurs and I am not going to be distracted or bullied by them and they simply reinforce in fact the need in my view for special counsel legislation because these kinds of tweets, intimidation directed at the special counsel indicate that the president might try to fire them."

In 2010, Blumenthal, when he was serving as Connecticut's attorney general, admitted that he had "misspoken" about his service during Vietnam. The New York Times had reported at the time that Blumenthal had received at least five deferments that kept him out of the war. He was in the Marine Corps Reserves for six years in the U.S.

The president's comments hit Twitter soon after the Connecticut senator had appeared on CNN Monday morning.

"The impanelment of the grand jury shows that Bob Mueller is pursuing this potential wrongdoing by the Russians, the attack on our democracy, seriously and diligently," Blumenthal said in the interview. He also said of the Russin meddling that "it was purposeful and relentless, and it involved propaganda and hacking into our voting machines — or at least an attempt to do it — and potential collusion by the Trump campaign, and then obstruction of justice. That investigation must be pursued."

Blumenthal serves on the Senate Judiciary Committee and has been outspoken about the federal investigation into Russian interference in the 2016 election.