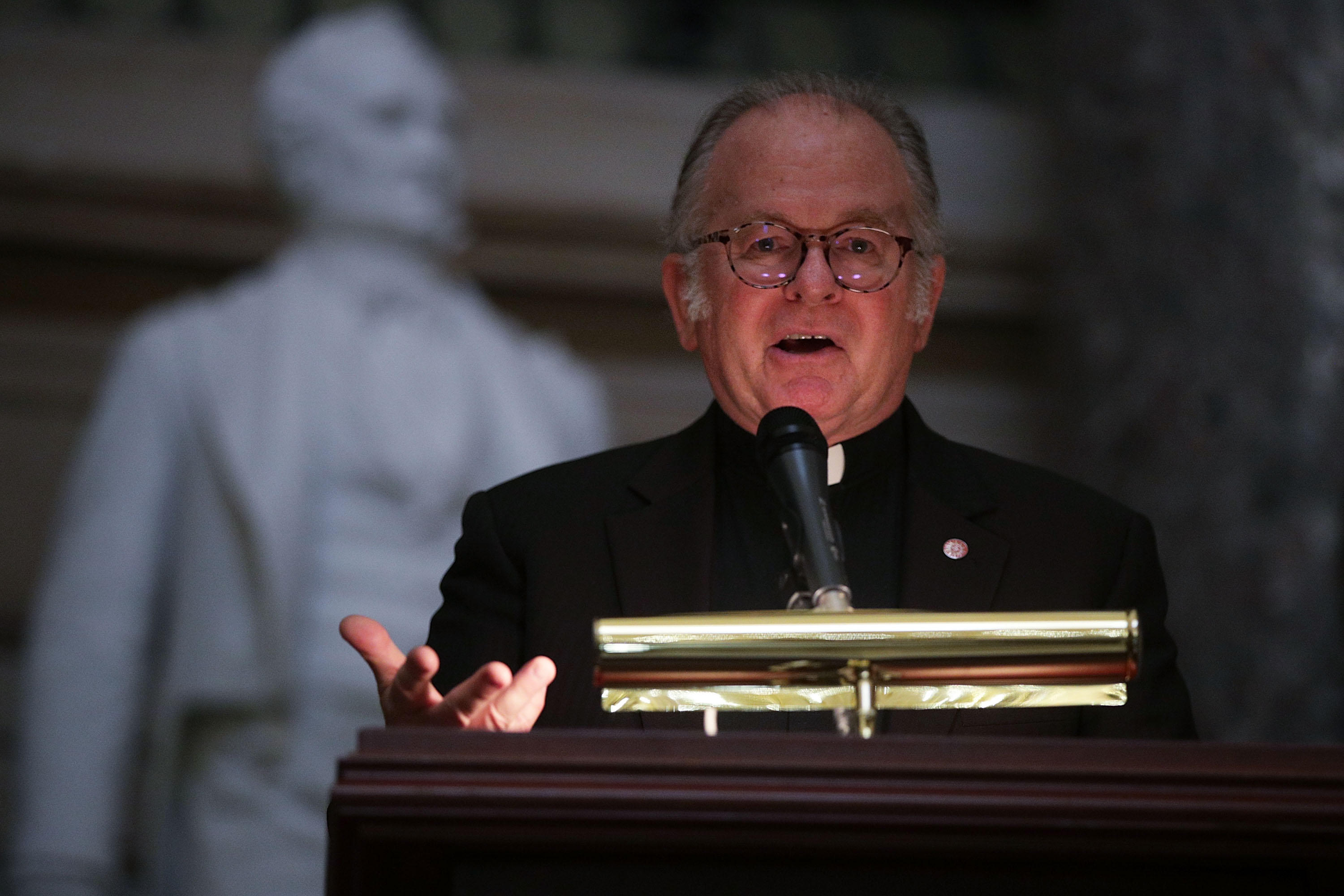 WASHINGTON -- House Speaker Paul Ryan has forced out the House chaplain, Rev. Patrick Conroy. Conroy had served as the chamber's chaplain since 2011 but offered his resignation last week at Ryan's urging. Conroy's resignation letter said he was offering to step down at Ryan's request, calling his seven years of House service "one of the great privileges of my life."

Ryan spokeswoman Ashlee Strong would not reveal the speaker's reasons for forcing Conroy out. Ryan announced earlier this month he would not be seeking re-election in the fall.

A top Democrat, Rep. Joe Crowley of New York, said he believes it was because of a prayer Conroy gave during last fall's tax debate urging that lawmakers not "pick winners and losers" but spread its benefits equitably.

Strong said that was not the reason.

Lawmakers such as Rep. Brendan Boyle, D-Pennsylvania, said they were in the dark as to why "Father Pat" was eased out. Boyle, a Catholic, said he did not know that Conroy was ousted until hearing it from media accounts.

"The sensitive nature of this situation requires a description of the process followed to arrive at the decision and a justification for that decision," Connolly wrote.

Pelosi's office said that she made it clear that she disagreed with the decision and said she only heard positive comments from lawmakers about Conroy. Pelosi would not comment as she walked to the House floor Thursday afternoon.

The chaplain is responsible for opening the House each day with a prayer and offering counseling to lawmakers and aides on the House side of the Capitol.

Conroy is a Roman Catholic priest from the Jesuit order.