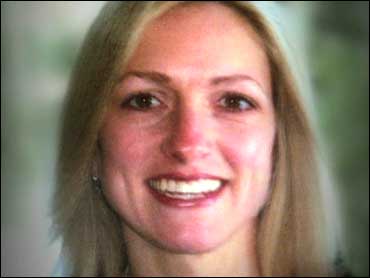 OWEGO, N.Y. (CBS/AP) - On Sept. 11, 2001, the world was focused on the thousands missing in New York City, in the devastating World Trade Center terrorist attacks. The next day, nearly 200 miles away in rural Owego, N.Y., there was another disappearance-- and authorities are making another run at justice. Millionaire businessman Calvin Harris is standing trial for a second time in the slaying of his missing wife.

The 47-year-old Harris was previously convicted of the crime by a Tioga County, NY jury in June 2007. But that conviction was set aside and a new trial was ordered, after a witness came forward claiming he had seen the victim arguing with a man who did not look like Harris, on the day she disappeared.

There is no body or murder weapon in the case.

At the time Michele Harris vanished, authorities in the region had diverted hundreds of state troopers to Manhattan to respond to the 9-11 terrorist disaster. 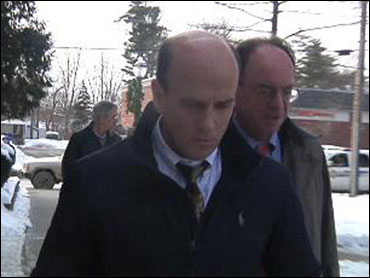 Calvin and Michele Harris were in the midst of a bitter divorce and both had affairs. During the first trial, Harris was portrayed as a controlling husband who killed his wife to avoid a large divorce settlement.

When the 35-year-old disappeared, the State Police were mystified. Tioga County, in upstate New York, is the kind of place where people go to escape the problems and danger of big cities.

Calvin Harris was a prominent businessman from a wealthy and influential local family. The patriarch, Dwight Harris, bought a string of car dealerships for his three sons to help him run.

Michele Harris was just out of college when she met her husband. She worked as a secretary at one of the dealerships. Calvin Harris was an all-American lacrosse player in college and a successful businessman by the age of 27. The couple lived on a 252-acre estate, complete with a private lake, and had four children under the age of six.

After 10 years of marriage, Michele Harris filed for divorce. There was a fight over money, and just hours before she was supposed to meet her lawyer to discuss finances, Harris disappeared.

Calvin Harris granted police full access to the entire home after the disappearance, and they found little. But a number of blood spots they located were the main focus at the first trial. The six drops were found on the doorway between the kitchen and the garage of the couple's home, along with more drops on a kitchen throw rug and on the garage floor.

Calvin Harris denied he had anything to do with Michele's disappearance, and he encouraged investigators to take a closer look at Michele Harris herself. While she was still sharing a house with her husband after they separated, she was living the life of a single woman. Harris worked nights at a restaurant, and was dating other men, one of whom she saw the night she went missing.