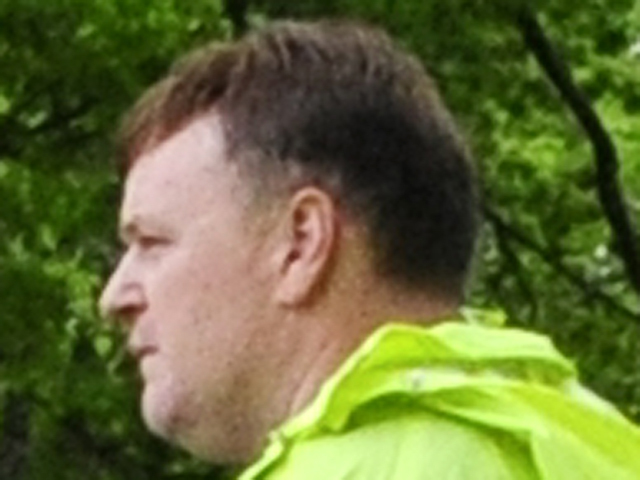 POPLAR BLUFF, Mo. — Thunder roared and tornado warning sirens blared, and all emergency workers in the southeast Missouri town of Poplar Bluff could do Monday was hope the saturated levee holding back the Black River would survive yet another downpour.

Murky water flowed over the levee at more than three dozen spots and crept toward homes in the flood plain. Some had already flooded. If the levee broke — and forecasters said it was in imminent danger of doing so — some 7,000 residents in and around Poplar Bluff would be displaced.

One thousand homes were evacuated earlier in the day. Sandbagging wasn't an option, Police Chief Danny Whitely said. There were too many trouble spots, and it was too dangerous to put people on the levee. Police went door-to-door encouraging people to get out. Some scurried to collect belongings, others chose to stay. Two men had to be rescued by boat.

"Basically all we can do now is wait, just wait," Whitely said.

It could be a long week of waiting for the rain to stop in Poplar Bluff and other river towns in the Mississippi and Ohio river valleys. Storms have ripped through parts of middle America for weeks, and they were followed Monday by heavy rain that pelted an area from northeast Texas to Kentucky.

In communities already hit by severe thunderstorms and tornadoes, residents watched rivers and lakes rise with a growing sense of dread. Some rented moving trucks to haul their possessions to safety, while others evacuated quickly, carrying their belongings in plastic bags.

The storm system that blew through northeast Texas, Oklahoma and Arkansas on Monday was expected to move into Illinois and Wisconsin on Tuesday, said Greg Carbin, a meteorologist with the Storm Prediction Center in Norman, Okla. At the same time, a second storm system will start along the same path, meaning several more days of rain. That system will continue east through Thursday, he said.

"I think we'll see substantial flooding," Carbin predicted, adding later, "Arkansas to Illinois, that corridor, they've already have incredible rainfall and this is going to aggravate the situation."

The region will get at least 6 inches of rain over the next three days, he said. An area east of Little Rock, Ark., stretching across Memphis and up to eastern Tennessee will be hardest hit with 8 to 9 inches.

Dozens of roads in multiple states have already closed because of flooding, leading several school districts to cancel class. Communities such as Paducah, Ky., in the Ohio River valley were building flood walls to hold back the water and adding rocks to the top of earthen levees. Others began sandbagging.

Indiana resident John Deplata, 43, rented a moving truck Monday and began packing his belongings from his home in Utica Township along the Ohio River, just across from Louisville, Ky. His house was filled with about 4 feet of water during the 1997 floods that hit that part of the state.

"If the rain comes in like they're talking ... then it'll get us," Deplata said.

This winter's heavy snowfall raised fears of spring flooding across the Upper Midwest, but North Dakota and Minnesota rode out a late thaw without major damage. The Fargo, N.D., area held off the Red River's fourth-highest crest with the aid of temporary flood walls and sandbags, and overland flooding that cut off major roads turned out to be the most significant disruption. Elsewhere, mostly dry conditions helped keep rivers in check during the melt.

But the spate of storms has created problems further south. Two weeks ago, tornadoes in six states killed 45 people. At least a dozen tornadoes touched down in Texas and Arkansas on Monday, and officials said several people were injured in Arkansas, including one child. While sirens went off in Poplar Bluff, the National Weather Service said no touchdowns were reported.

The Missouri National Guard dispatched dozens of soldiers and rescue equipment to the area. Emergency crews rescued a man Monday morning after his pickup truck was swept into a water-filled ditch about 10 miles southeast of Poplar Bluff, while state troopers used boats to rescue other people trapped in their homes.

Jamie McIntosh, 28, said police knocked at her house in Poplar Bluff, where she lives with eight relatives, and encouraged them to leave. The evacuation wasn't mandatory, but they left anyway. The home flooded in 2008 and three rooms were destroyed, and "this one looks a lot worse," McIntosh said.

At least 150 people sought shelter at the town's Black River Coliseum, a 5,000-seat concert and meeting venue that overlooks the swollen river and a park that's already under water. Others moved in with friends and relatives.

Many chose to stay in their homes. Dale Fry and a friend sat on the porch of his mobile home just south of town, near one of the most vulnerable spots on the levee. Water pushed up against the mobile home's base, and toys floated in the yard. Fry seemed to enjoy the show.

"He came here to check out the waterfront property," Fry said of his friend.

When the levee broke during a 2008 flood, water reached the steps of Fry's trailer, but didn't get inside. He hopes this year will be the same.

Then he thought for a moment. "Maybe not here," he said. "Two floods in three years might be enough."