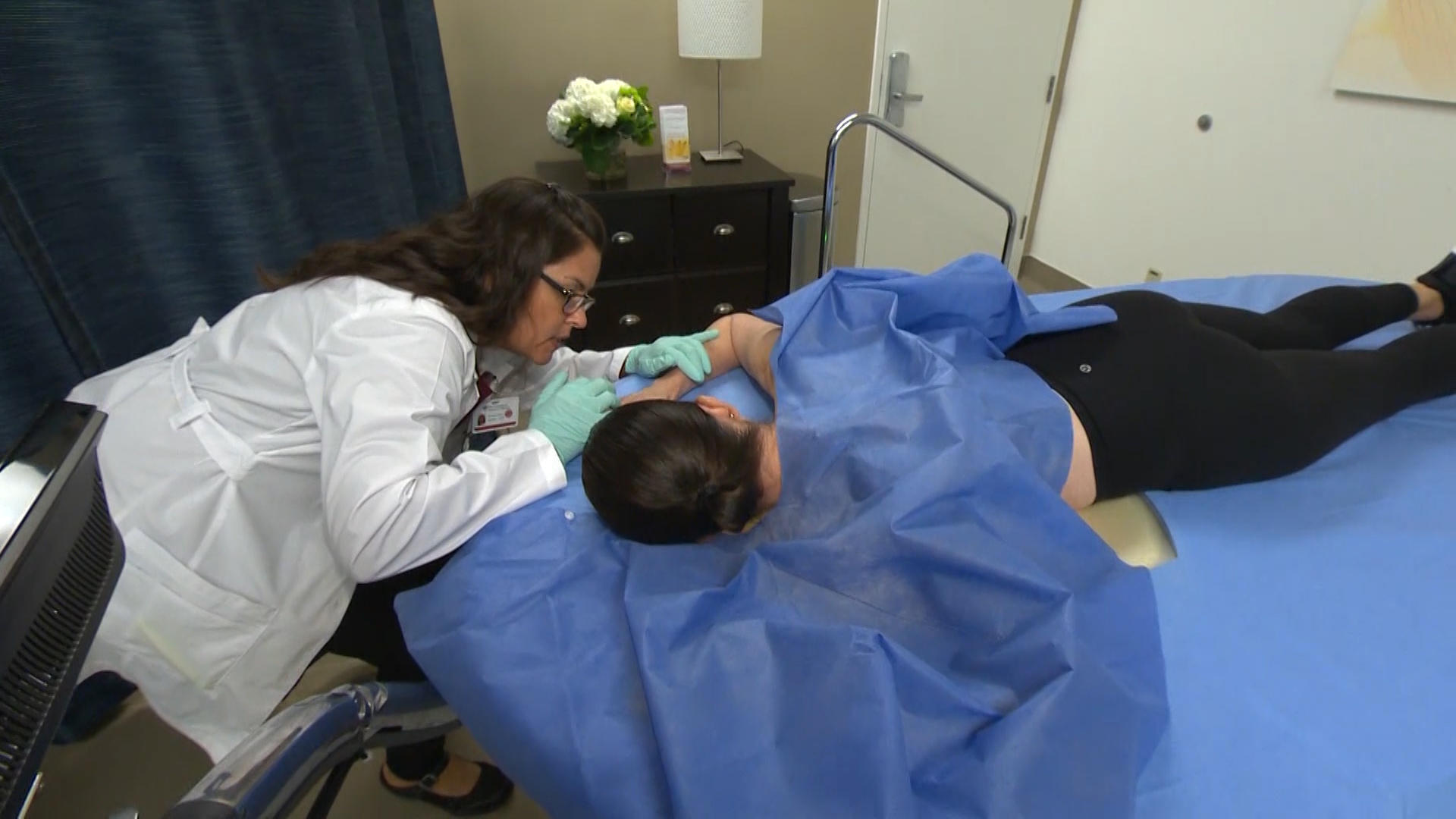 More than 40 percent of women in the United States have dense breast tissue, which can make it more difficult to detect potential cancers on a mammogram. Now doctors in Southern California are testing a new technology that could help with such cases.

Stacey Herkert is one woman who may benefit from the new detection method. She has a family history of breast cancer and makes sure to get a mammogram every year.

"When my mom was diagnosed, she made us promise to go annually for checkups and we do," Herkert told CBS News.

Like many women, the 54-year-old has dense breast tissue.

Herkert is taking part in a study at USC testing a new three-dimensional ultrasound called SoftVue to try to help doctors get a more accurate view. For the test, the patient lies on her stomach and the breast is placed into a warm water bath. In two to four minutes, the machine scans the entire breast using sound waves.

"There's no radiation exposure, there's no compression of the breast," Yamashita said.

Researchers are enrolling 10,000 patients for the study at eight sites across the country, including USC. They'll compare the patients' mammography results to the SoftVue scans to determine the machine's effectiveness.

"No exam is 100 percent but we want to be as close to 100 percent as possible," Yamashita said.

If the technology is proven to be effective, it could eventually be used in addition to annual mammograms – something Herkert is hopeful for.

"I'm hoping it will be just another thing I do every year as a precautionary measure to make sure I don't end up like my mom and end up having breast cancer," she said.

Researchers are still looking for participants for the nationwide study. For more information go to www.discoversoftvue.com/location.