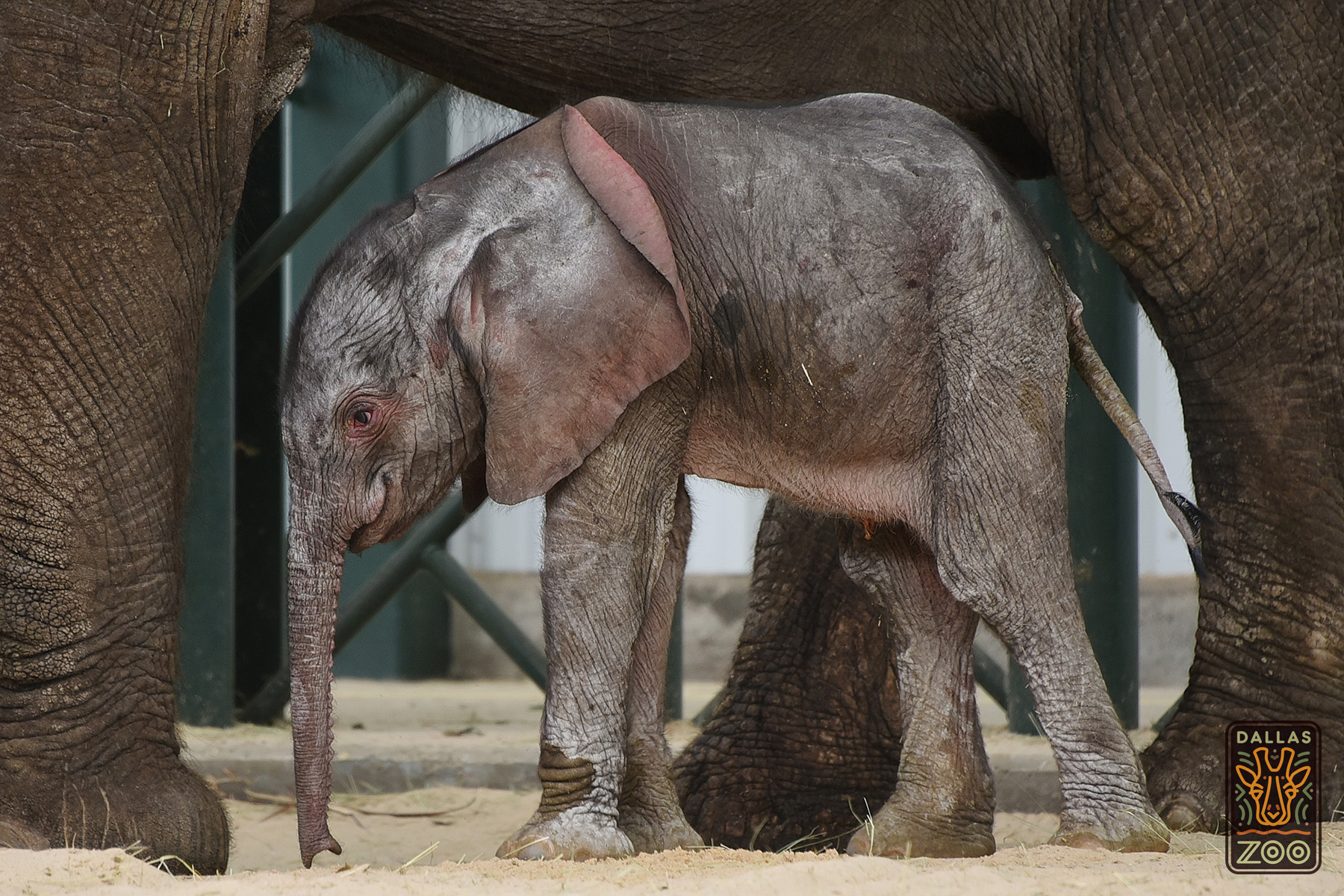 DALLAS -- An elephant rescued from the southern African nation of Swaziland has given birth to a baby at the Dallas Zoo.

The zoo issued a statement Tuesday announcing the May 14 birth of the male calf. The calf doesn't yet have a name. He weighs 175 pounds, stands about 3 feet tall and has a trunk just over a foot long.

"We're totally blown away by what happened," said Dallas Zoo president and CEO Gregg Hudson to CBS Dallas-Fort Worth.

The zoo says the infant's weight at birth was at the low end of the 150-to-300-pound range expected for healthy newborn African elephant. That was blamed on food scarcity in the mother's homeland, where a severe drought made food scarce.

"This really validates why it was so important we get them here," said Hudson. "Because we provided food and water for those animals for the last six months of her pregnancy. Without that, that animal wouldn't have survived in the conditions that they would have been born into."

But, the drought wasn't the only challenge standing in the way of the newborn's arrival.

"Male elephants in Swaziland [national park] had been vasectomized," added Hudson. "He beat a lot of odds, conditions they were in... and all the things they had to go through, this little guy is coming through a lot to get here."

Zoo staffers told CBS Dallas-Fort Worth that mom and baby are doing well. They will remain in isolation in a special nursery in the quarantine barn to give them time to bond. Still, even at 150 pounds, experts said that's on the small side for elephants.

The mother, Mlilo, was pregnant when the group of five elephants arrived earlier this year. Friends of Animals had sued to stop the proposed importation. That suit is pending.