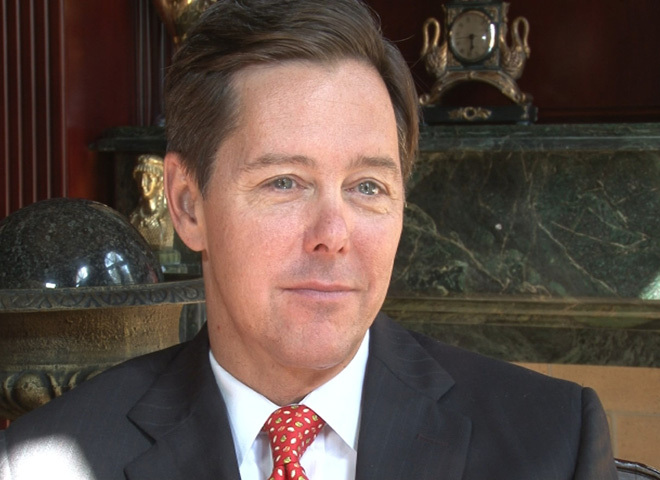 Tony Perkins, president of the conservative Family Research Council, said "today's announcement almost ensures that marriage will again be a major issue in the presidential election."

He added: "The President has provided a clear contrast between him and his challenger Mitt Romney. Romney, who has signed a pledge to support a marriage protection amendment to the U.S. Constitution, may have been handed the key to social conservative support by President Obama."

Conservative Ralph Reed, head of the Faith & Freedom Coalition, said the president's decision will further excite the base.

"This is an unanticipated gift to the Romney campaign. It is certain to fuel a record turnout of voters of faith to the polls this November," Reed said.

And Maggie Gallagher, co-founder of the National Organization for Marriage and director of the Culture War Victory Fund, said, "Marriage is a winning issue for the GOP."

"We now have clear choice between Romney and Obama, and we look forward to demonstrating in November that it's a bad idea for a national candidate to support gay marriage," Gallagher said.

Rick Santorum, the former Republican presidential candidate who made social issues a central component of his campaign, said the president's decision is "an attempt to galvanize his core hard left supporters," adding that the president has failed to "[protect] the institution of marriage from radical social engineering at both the state and federal level."

"Thankfully the American public, when it has had an opportunity to consider the real world consequences of such a fundamental change to our society, has consistently voted for maintaining one man one woman marriage - the basic building block of our society," Santorum added.

The conservative reaction comes after President Obama said in an interview with ABC on Wednesday that "I think same-sex couples should be able to get married."

The Republican Party, which has an official platform that supports a constitutional amendment defining marriage between a man and a woman, backed the conservative leaders. RNC Chairman Reince Priebus charged that President Obama "has played politics on this issue."

"The Republican Party and our presumptive nominee Mitt Romney have been clear. We support maintaining marriage between one man and one woman and would oppose any attempts to change that," Priebus added in an emailed statement.

Republicans that back same-sex marriage, meanwhile, said they were irked by the timing of the president's announcement, which comes one day after North Carolina became the 30th state to pass a state constitutional amendment defining marriage between a man and a woman.

"LGBT Americans are right to be angry that this calculated announcement comes too late to be of any use to the people of North Carolina, or any of the other states that have addressed this issue on his watch," Cooper said.

GOProud, another pro-gay rights Republican group, had a similar sentiment.