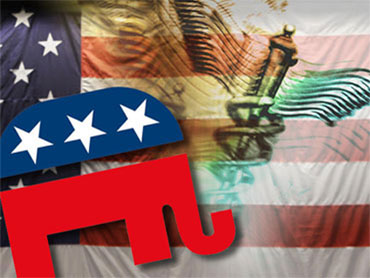 Republicans say they will press on with efforts to repeal health care reform despite the failure on Wednesday of a Senate measure that would have been a step toward striking down the law.

"This fight isn't over," Senate Republican Leader Mitch McConnell said in a statement on Wednesday. "We intend to continue the fight to repeal and replace Obamacare with sensible reforms that would lower the cost of American health care, like medical malpractice, like selling insurance across state lines."

This debate has just begun," added House Speaker John Boehner in a statement. "We will keep our word to the American people and continue working to repeal this job-destroying health care law and replace it with common-sense reforms that lower costs and increase access without putting more Americans out of work." The House, which (unlike the Senate) is led by Republicans, has already passed a repeal bill.

Though Republicans' effort to repeal the full bill failed in the Senate, that chamber did vote to repeal one aspect of it: A provision requiring businesses to file a 1099 tax form for any vendor with which they had done at least $600 worth of business. That passed with bipartisan support, though it still must get through the House.

Barring a full repeal of the health care law - or a Supreme Court decision that it is not constitutional - Republicans said they would continue efforts at eliminating specific provisions of the legislation piece by piece.

"A real small piece of the badness was taken care of today - the 1099 - there are probably 2,000 more pieces of badness that could be gone after," said Republican Sen. Rand Paul, according to the Hill.

Paul added, however, that he thought that the decision would ultimately come down in court.

"I really think much more of this battle is judicial now than it is legislative," he said. "I've said the court case may end up being one of the most important court cases as far as restraining and restricting the size of government....It could be the most important ruling in a century."

Indeed, Republicans are pushing for a swift resolution of legal challenges to the law, which are expected to end up before the Supreme Court.

Following a Federal court decision on Monday that  found the health care overhaul unconstitutional, some Republicans are urging the Supreme Court be swift in taking up the case. (While two federal judges have deemed the law at least partially unconstitutional, two others have upheld it.)

"Presently, 28 states have filed suits challenging the authority of Congress to enact this law," Virginia Attorney General Ken Cuccinelli saidin a statement Wednesday. "That, in and of itself, is exceptional and makes the cases excellent candidates for immediate review in the Supreme Court."