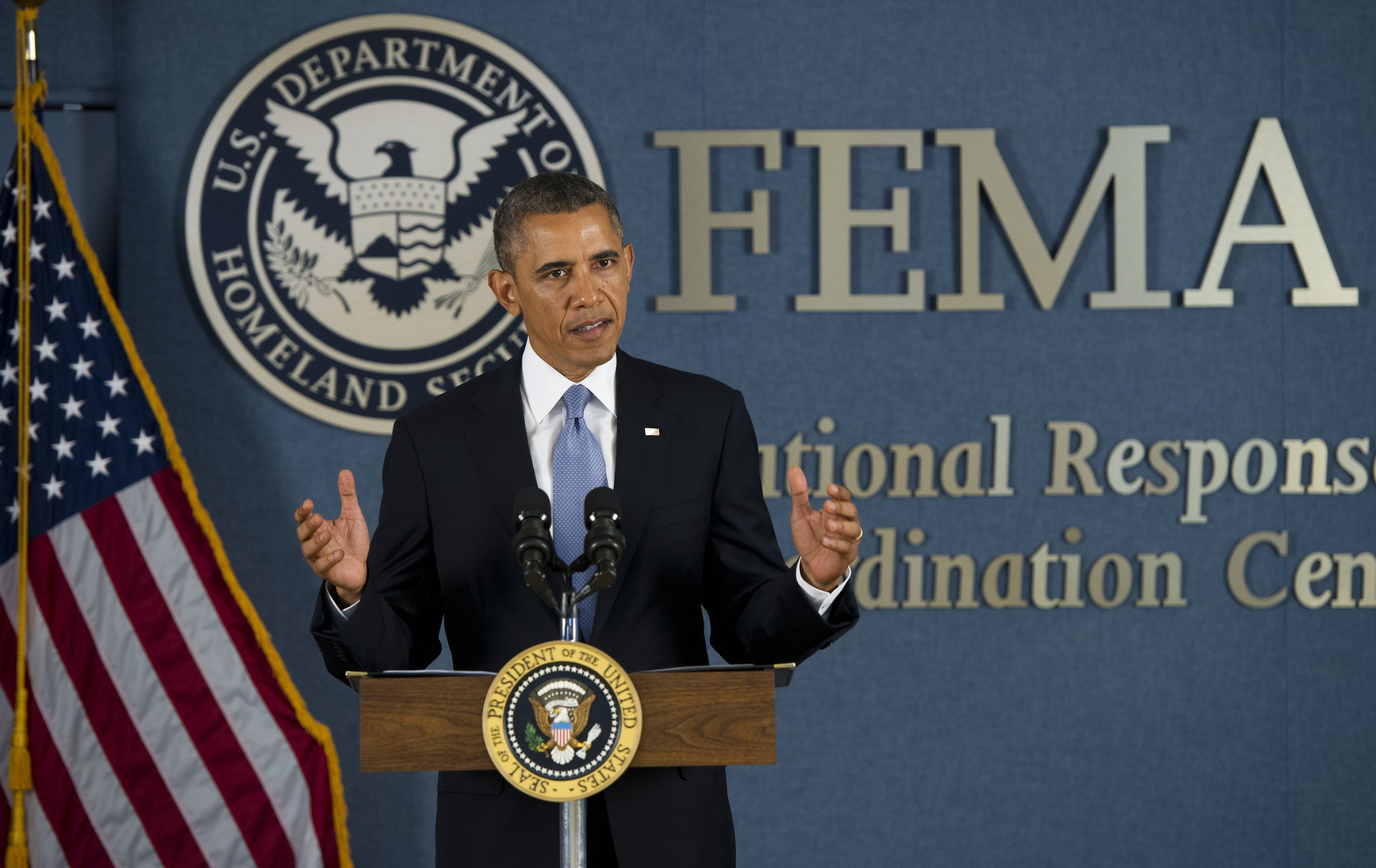 President Obama againurgedHouse Speaker John Boehner, R-Ohio, to put a short-term spending bill with no strings attached on the House floor Monday because he believes it will pass and end the government shutdown.

"There are enough Republican and Democratic votes in the House of Representatives right now to end the shutdown immediately," he said. If there aren't, then Boehner and the Republican House leadership "should prove it," he said.

In an interview on ABC's "This Week" Sunday, House Speaker John Boehner, R-Ohio, said there were not enough votes in the House to either restore government funding or raise the debt-ceiling in a so-called "clean" continuing resolution that included no concessions by Democrats.

But when Boehner came to the House floor after Mr. Obama spoke, he ignored the president's comments and again called for negotiations. "Mr. President, it's time to have that conversation before our economy is put further at risk," he said.

Mr. Obama also called on Congress to extend the nation's borrowing authority beyond the current $16.7 trillion limit. Republicans have asked for negotiations to both restore funding to the government and raise the debt ceiling. Mr. Obama reiterated a promise to negotiate over a range of topics, including healthcare and energy policy, but only after the government is reopened and the debt ceiling increased.

"We're not going to negotiate under the threat of further harm to our economy," he said.

The president's remarks came during a visit to the Federal Emergency Management Agency (FEMA), where about 86 percent of the workforce was furloughed, according to FEMA. The agency recalled about 200 of its furloughed workers last week to help prepare for the arrival of Tropical Storm Karen, but at least 100 will be sent home again, Mr. Obama said.

Aides say Senate Democrats might begin the process of bringing a clean debt limit increase to the Senate floor this week, but procedural hurdles could mean that the first vote on such a measure might not happen until Friday at the earliest.

Gene Sperling, a senior Obama economic adviser, indicated Monday morning that the White House might be open to a short-term extension on increasing the debt ceiling once Treasury Secretary Jack Lew exhausts all other options.

"There's no question that the longer the debt limit is extended, the greater economic certainty there will be in our economy which would be better for jobs, growth and investment," Sperling said at an event sponsored by Politico. "That said, it is the responsibility of Congress to decide how long and how often they want to vote on doing that."

White House spokesman Jay Carney told reporters later in the day that the president is not asking for the debt ceiling to be raised for a specific period of time, only that it be raised "without drama or delay." They are supportive of the Senate Democrats' efforts, he added.

As the shutdown entered its second week, the divide within the Republican Party over strategy continued to grow.

In particular, Rep. Peter King, R-N.Y., has increasingly voiced frustration with his own party for forcing a government shutdown in the hopes of defunding the Affordable Care Act.

"The Republicans should not have started this. Closing the government down was the wrong thing to do," King told Patch in Nahsua, N.H. today at a regular political breakfast. "Having said that, it is what it is, and the president has absolute obligation...to end this," he added.

On Fox News Sunday this weekend, King said the Republican strategy promoted by Sen. Ted Cruz, R-Texas, "was a strategy doomed to failure."

"It's almost a nullification, saying we're going to shut down the government to defund a law we don't like," he said. "If we want to defund something, we should repeal it, and do it the same way the president got it signed: elect Republicans to both houses of Congress, repeal it, and have a Republican president sign it."