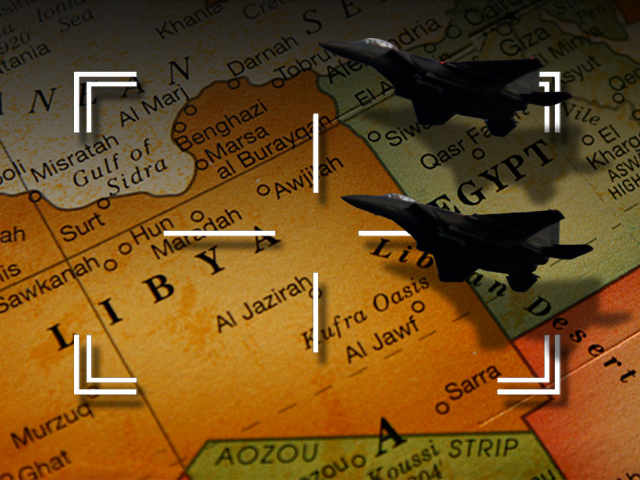 In a speech at National Defense University Monday night, President Obama explained to the American public his decision to intervene in Libya. Several Republican leaders, however, stepped forward to say his speech left several questions unanswered and failed to project the strength expected from the American president.

"We have upwards of ten countries in the tinderbox of the world, the Middle East, in various stages of revolt," he said. "For the leader of the free world, the United States of America, it is not appropriate to be sitting on the sidelines and just watching history unfold without exerting some leadership."

While Mr. Obama on Monday night emphasized the United States' cooperation with other world leaders in this mission, the president made clear his administration is willing to intervene in foreign conflicts even if the U.S. is not directly threatened.

Still, former Sen. Rick Santorum (R-Penn.), another potential 2012 presidential candidate, said in a statement that Mr. Obama's speech revealed the president's "desire to be a passive member of the international community, rather than its leader."

"If we're not going to oust [Qaddafi] by killing or capturing him, there is no acceptable end state," she said. "U.S. interests can't just mean validating some kind of post-American theory of intervention where we wait for the Arab League and the United Nations to tell us, 'Thumbs up, America, you can go now, you can act,' and then we get in the back of the bus and we wait for NATO, we wait for the French to lead us."

Sen. John McCain (R-Ariz.), who picked Palin as his running mate in 2008, also called for more forceful action from the president but suggested Mr. Obama's message was at least on the right track.

"I welcome the president's clarity that the U.S. goal is for Qaddafi to leave power. But an equal amount of clarity is still required on how we will accomplish that goal," he said. "U.S. and coalition airpower has decisively reversed Qaddafi's momentum, but the potential for a long and bloody stalemate is still far too high. That is not in America's interest. As long as Qaddafi remains in power, he will increasingly pose a threat to the world, and civilians in Libya will not be fully secure."

Rep. Tom Price (R-Ga.), chairman of the House Republican Policy Committee, also castigated the president for a lack of clarity on the way forward in Libya.

"What we have not seen is a White House able to execute that same level of leadership when it comes to informing the American people and Congress about the role the U.S. will play in the days ahead," he said. "Since the allied military campaign began in Libya, President Obama's seeming uncertainty about the parameters and details of our engagement has only inspired a similar uncertainty among the American people."

More specifically, Michael Steel, a spokesperson for House Speaker John Boehner (R-Ohio), said the president failed to provide clarity on issues including the resources the Libya mission will require, the nation's standards and objectives for engaging the rebel opposition, or how this action is consistent with U.S. policy goals.

"Nine days into this military intervention, Americans still have no answer to the fundamental question: what does success in Libya look like?," he said.

Sen. John Cornyn (R-Texas) said the president was not only late in addressing the American people, but also in consulting with Congress.

"President Obama failed to explain why he unilaterally took our nation to war without bothering to make the case to the U.S. Congress," he said. "And now he's splitting the difference--telling us Gaddafi must go, but refusing to do what it takes to remove him. The American people, members of Congress, and our service members deserve more than this overture."

Similarly, Sen. Rand Paul (R-Kent.) said the president's handling of the mission "raises serious questions about his understanding of constitutional checks and balances."

"While the President is the commander of our armed forces, he is not a king," he said, adding that in the coming days, "Congress will force President Obama to confront" the unanswered questions about the mission.